The United States surpassed 28 million coronavirus infections on Thursday, according to a tally by NBC News. The nation has also reported more than 496,000 virus-related deaths since the start of the pandemic last year.

Although the number of new infections is decreasing and vaccinations are increasing, experts warn against relaxing restrictions. Of particular concern is the rise in virus variants. The country's genetic surveillance system is still not robust enough to accurately track variants, which means they could be spreading unchecked, experts say.

Also Thursday, doctors and parents said there has been an alarming increase in an inflammatory syndrome linked to COVID-19 cases in children. According to the Centers for Disease Control and Prevention, more than 2,000 children in 48 states have been diagnosed with MIS-C, and at least 30 have died because of it.

CDC: These Are the Most Reported Side Effects of COVID-19 Vaccine

The Centers for Disease Control and Prevention on Friday published new data listing the most common side effects Americans reported after receiving shots of Pfizer’s or Moderna’s Covid-19 vaccines.

The data is based on submissions to the agency’s text messaging system v-safe and the Vaccine Adverse Event Reporting System, a national vaccine safety surveillance program. The analysis used data from the first month of vaccinations, between Dec. 14 and Jan. 13., when there were more than 13.7 million doses administered.

The CDC said there were 6,994 reports of so-called adverse events after vaccination, including 6,354 that were classified as “non-serious” and 640 as “serious,” which included 113 deaths. The median age of vaccine recipients was 42, according to the VAERS data, and the majority of adverse events occurred in women.

The most common side effects after getting the vaccines were headache, fatigue and dizziness, followed by chills and nausea. The CDC said people also reported muscle aches, fever, joint pain and pain at the injection site.

There were 46 reports of anaphylaxis, a severe and potentially life-threatening allergic reaction, from those who received Pfizer’s vaccine and 16 cases for those who received Moderna’s, according to the CDC. The agency said the occurrence of the reaction is in the range of those reported for the influenza vaccine.

Out of the 113 deaths reported, two-thirds occurred in long-term care facilities, the agency said.

Read the full story at CNBC.com.

Extreme winter weather has dealt the first major setback to the Biden administration's planned swift rollout of coronavirus vaccines, delaying shipment of three days' worth of shots, or about 6 million doses.

The disruptions caused by frigid temperatures, snow and ice left the White House scrambling to work with states to make up lost ground even as President Joe Biden was set to visit a Pfizer vaccine manufacturing plant near Kalamazoo, Michigan. The president's trip itself had been pushed back a day to Friday due to a storm affecting the nation’s capital.

White House coronavirus response adviser Andy Slavitt said Friday that the federal government, states and local vaccinators are going to have to redouble efforts to catch up. The setback from sprawling winter storms comes just as the vaccination campaign seemed to be on the verge of hitting its stride. All the backlogged doses should be delivered in the next several days, Slavitt said, still confident that the pace of vaccinations will recover.

Nonetheless bad weather forced many injection sites to temporarily close, from Texas to New England, and held up shipments of needed doses.

White House adviser Slavitt said the 6 million doses delayed won’t spoil and the vaccine is “safe and sound” under refrigeration in warehouses.

But as shipments resume and scale up, vaccinators in communities across the country are going to have to work overtime to get shots into arms.

Pfizer said Friday it is seeking permission from the Food and Drug Administration to store its COVID-19 vaccine for two weeks at temperatures commonly found in pharmaceutical freezers and refrigerators.

If the FDA grants the request, it could simplify logistics for distribution of the vaccine. Federal and state officials are trying to pick up the pace of vaccinations across the nation as the virus spreads.

Medical experts had warned that Pfizer's vaccine would present logistical challenges because of the need for ultracold temperatures. In December, U.S. officials said they quarantined several thousand doses in California and Alabama after an "anomaly" in the transportation process caused the storage temperature to get too cold.

Millions of U.S. residents will need COVID-19 vaccines brought to them because they rarely or never leave home. Doctors and nurses who specialize in home care are leading this push and starting to get help from state and local governments around the country.

But they face several challenges. Researchers say many homebound people don't receive regular medical care, which makes it hard to identify everyone who needs a vaccine.

Supplies are also limited, and both the Pfizer and Moderna vaccines expire a few hours after syringes pull the vaccine from vials. Even so, health care providers report progress.

Harvard Medical School professor Dr. Christine Ritchie estimates that about 2 million U.S. residents are homebound. Another 5 million have trouble leaving home or need help doing so. Many of them may need vaccines brought to them as well.

Africa has surpassed 100,000 confirmed deaths from COVID-19 as the continent praised for its early response to the pandemic now struggles with a dangerous resurgence and medical oxygen often runs desperately short.

“We are more vulnerable than we thought,” the director of the Africa Centers for Disease Control and Prevention, John Nkengasong, told The Associated Press in an interview reflecting on the pandemic and a milestone he called “remarkably painful.”

He worried that “we are beginning to normalize deaths,” while health workers are overwhelmed.

The 54-nation continent of some 1.3 billion people has barely seen the arrival of large-scale supplies of COVID-19 vaccines, but a variant of the virus dominant in South Africa is already posing a challenge to vaccination efforts. Still, if doses are available, the continent should be able to vaccinate 35% to 40% of its population before the end of 2021 and 60% by the end of 2022, Nkengasong said.

Health officials who breathed a sigh of relief last year when African countries did not see a huge number of COVID-19 deaths are now reporting a jump in fatalities. The Africa CDC on Friday said overall deaths are at 100,294. 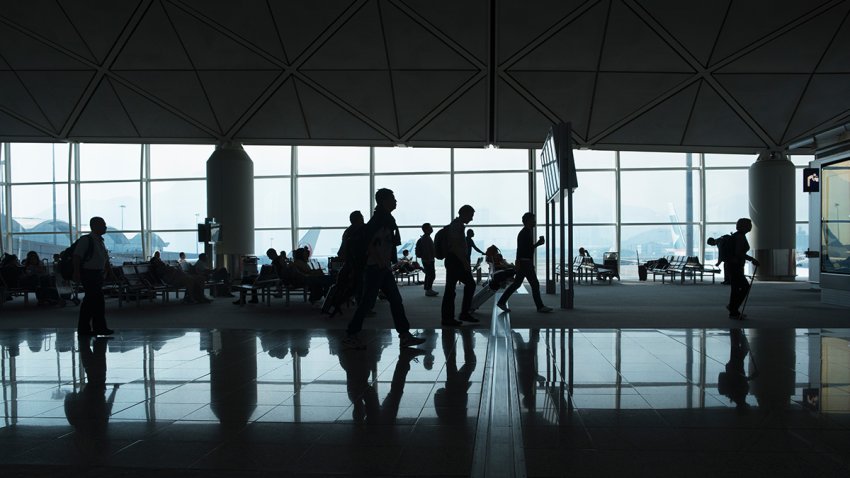 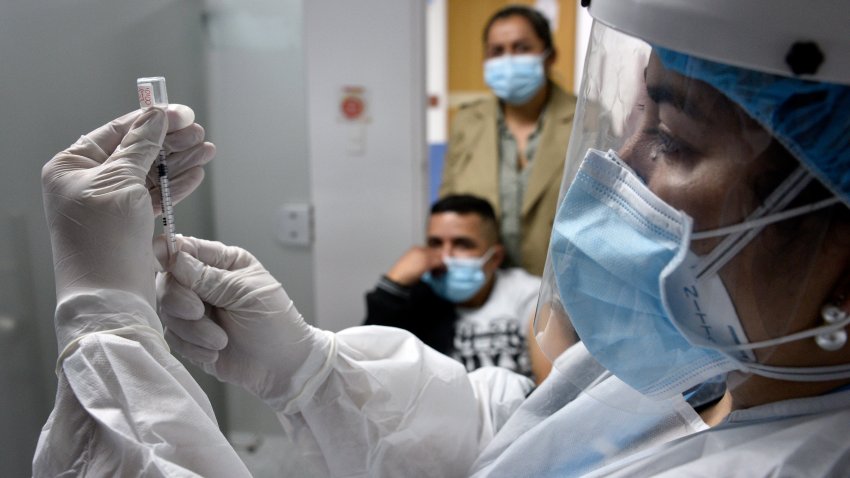