The United States reached another grim milestone over the weekend as it surpassed 13 million confirmed coronavirus cases, according to a tally by NBC News.

The U.S. is on pace to tally more than 4 million cases in November alone, more than doubling the previous record of 1.9 million cases set in October. Over 268,000 people have died of the disease nationwide, according to NBC News’ count.

In some promising news, the first doses of the Pfizer vaccine arrived in Chicago over the weekend, according to NBC Chicago. A panel formed by the Center for Disease Control and Prevention will meet on Tuesday to outline a vaccination distribution plan for the U.S. government. Officials have said the first immunizations could happen on Dec. 12.

Dr. Scott Atlas, a science adviser to President Donald Trump who was skeptical of measures to control the coronavirus outbreak, is leaving his White House post.

A White House official confirmed that the Stanford University neuroradiologist, who had no formal experience in public health or infectious diseases, resigned at the end of his temporary government assignment. Atlas confirmed the news in a Monday evening tweet.

Atlas joined the White House this summer, where he clashed with top government scientists, including Dr. Anthony Fauci and Dr. Deborah Birx, as he resisted stronger efforts to contain the COVID-19 pandemic that has killed more than 267,000 Americans.

Atlas has broken with government experts and the overwhelming consensus of the scientific community to criticize efforts to encourage face covering to slow the spread of the virus. Just weeks ago on Twitter he responded to Michigan's latest virus restrictions by encouraging people to “rise up” against the state's policies.

His views also prompted Stanford to issue a statement distancing itself from the faculty member, saying Atlas "has expressed views that are inconsistent with the university’s approach in response to the pandemic."

“We support using masks, social distancing, and conducting surveillance and diagnostic testing,” the university said Nov. 16. “We also believe in the importance of strictly following the guidance of local and state health authorities.”

Vaccination proponents and misinformation researchers had been waiting for years for Facebook to take action against the biggest and most influential anti-vaccination pages.

So it was with some trepidation that they welcomed the news that the social network last week had banned some of the most popular and prolific anti-vaccination accounts — pages that had also pushed COVID-19 vaccination misinformation to millions of people.

Their impact, however, lives on. While researchers of extremism and public health advocates see the removal of the largest anti-vaccination accounts as mostly positive, new research shows the bigger threat to public trust in a COVID-19 vaccine comes from smaller, better-connected Facebook groups that gravitated to anti-vaccination messaging in recent months.

Moderna says its COVID-19 vaccine was 94.1% effective during trials and that they will submit a request for emergency use authorization to the FDA.

Moderna Inc. said it has asked U.S. regulators Monday to allow emergency use of its COVID-19 vaccine as new study results confirm the shots offer strong protection — ramping up the race to begin limited vaccinations as the coronavirus rampage worsens.

Multiple vaccine candidates must succeed for the world to stamp out the coronavirus pandemic.

Moderna created its shots with the U.S. National Institutes of Health and already had a hint they were working, but said it got the final needed results over the weekend that suggest the vaccine is more than 94% effective.

Of 196 COVID-19 cases so far in its huge U.S. study, 185 were trial participants who received the placebo and 11 who got the real vaccine. The only people who got severely ill — 30 participants, including one who died — had received dummy shots, Moderna said.

Moderna said the vaccine's effectiveness was consistent across age, race and gender. The 196 confirmed cases included 33 adults over the age of 65 and 42 people from Black, Latino and other "diverse" communities. The vaccine was also well tolerated with the most common side effects being fatigue, muscle pain, headache and pain at the injection site, the company said.

The Transportation Security Administration says on Sunday it screened the highest number of passengers since the coronavirus pandemic began in March, with 1,176,091 travelers passing through security checkpoints at the nation's airports.

Sunday's figure, however, is less than half as many of the 2,882,915 who traveled on the same day last year.

While overall travel remains significantly lower than years past, it was a busy travel weekend, despite warnings for Americans to stay close to home and limit their holiday gatherings.

Aside from the Thanksgiving holiday itself, anywhere from 800,000 to more than 1 million travelers made their way through U.S. airport checkpoints on any day during the past week, according to TSA statistics. That’s a far cry from the 2.3 to 2.6 million seen daily last year. But it far surpasses the number of travelers early in the pandemic, when daily totals fell below 100,000 on some spring days.

The state sent a statewide emergency alert on Monday morning to announce hospitals reaching capacity and urging residents to "help the frontline by staying home as much as possible for the next two weeks."

The news comes as the number of Americans currently hospitalized with COVID-19 reached an all-time high of 93,238 patients on Sunday, according to a tally by the COVID Tracking Project. That's more than double the number of patients admitted a month ago.

Counties across California have enacted stricter COVID-19 restrictions after the state broke a record with more than 7,400 coronavirus hospitalizations.

Health officials are preparing for a wave of cases over the next two or three weeks that could be linked to holiday gatherings.

Los Angeles County is the nation’s most populous and imposed new rules calling for its 10 million residents to stay home as much as possible.

San Francisco and San Mateo counties moved to the most restrictive purple tier in the state’s pandemic blueprint for the economy. That tier forces most indoor activities to close and places residents under curfew starting Monday night.

Dr. Anthony Fauci, the government's leading infectious disease expert, warned that the travel-heavy Thanksgiving holiday could make the current surge in Covid-19 cases even worse as the country heads into December.

Appearing Sunday on NBC News' "Meet the Press," Fauci, director of the National Institutes of Allergy and Infectious Diseases, said public health officials "tried to get the word out for people, as difficult as it is, to really not have large gatherings" during the holiday because of concerns that the celebrations could aggravate the spread of the coronavirus.

"What we expect, unfortunately, as we go for the next couple of weeks into December is that we might see a surge superimposed on the surge we are already in," he said.

"I don't want to frighten people except to say it's not too late at all for us to do something about this," he added, urging people to be careful when they travel back home and upon arriving and to take proven steps like social distancing and wearing masks.

It can sometimes take two weeks for infected people to develop symptoms, and asymptomatic people can spread the virus without knowing they have it. Fauci said the "dynamics of an outbreak" show a three- to five-week lag between serious mitigation efforts and the actual curbing of infection rates.

More than 7,400 people are hospitalized for coronavirus in California, the state's highest number yet.

The state reported 7,415 coronavirus hospitalizations on Sunday, citing the most recently available data from the previous day. More than 1,700 of those patients were in intensive care units. California's previous record was 7,170 in July.

As of Sunday, California has had nearly 1.2 million confirmed coronavirus cases and more than 19,000 deaths since the pandemic began. The state reported around 15,600 new cases on Saturday.

Counties statewide are preparing for stricter COVID-19 restrictions that will take effect Monday amid surging cases and Thanksgiving travel. Health officials are preparing for a wave of cases in the next two or three weeks that could be tied to holiday gatherings. 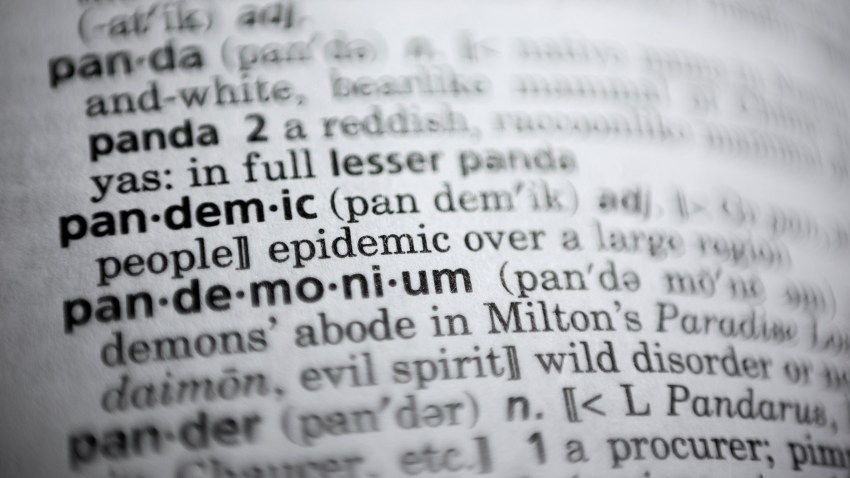 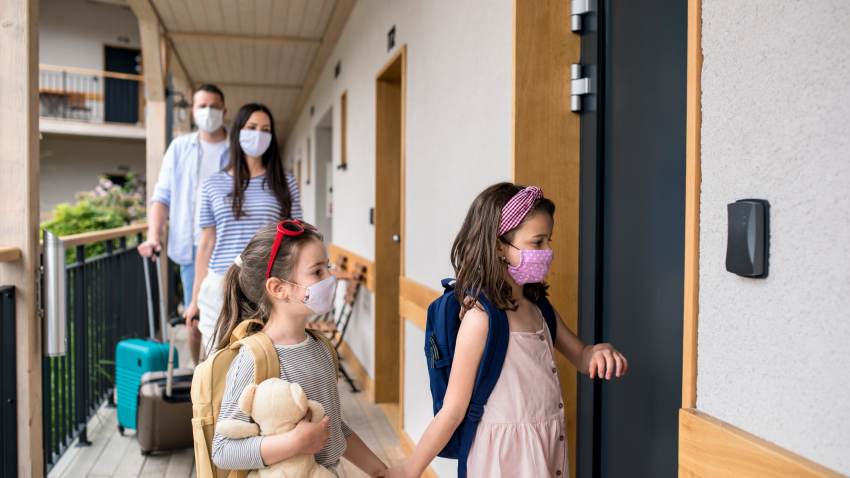