In the U.S., the number of confirmed coronavirus cases has passed 3.1 million — meaning nearly one in every 100 people has been confirmed as infected — and the number of deaths is more than 133,000, according to a tally from NBC News.

Despite the outbreak, President Donald Trump remains determined to reopen America’s schools, threatening on Wednesday to hold back federal money if school districts don't bring their students back in the fall. He complained that his own public health officials’ safety guidelines are impractical and too expensive.

But getting children back to school safely could mean keeping high-risk spots like bars and gyms closed.

A growing chorus of public health experts is urging federal, state and local officials to reconsider how they are reopening the broader economy, and to prioritize K-12 schools — an effort that will likely require closing some other establishments to help curb the virus spread and give children the best shot at returning to classrooms.

Washington Gov. Jay Inslee said President Donald Trump's comments earlier this week pressuring governors to open the schools in the fall were “hogwash” and he said the state will not be bullied into making potentially unsafe decisions during the ongoing coronavirus pandemic.

“Decisions about school and how to have it, onsite or otherwise, will remain with the state of Washington,” the Democrat said at a news conference Thursday. “These are Washington students and Washington state has the legal authority to make decisions about their education.”

On Tuesday, Trump argued that some states are keeping schools closed not because of the risks from the coronavirus pandemic but for political reasons.

“They think it’s going to be good for them politically, so they keep the schools closed,” Trump said at a White House discussion on school plans for the fall. “No way. We’re very much going to put pressure on governors and everybody else to open the schools.”

And on Wednesday, Trump threatened to hold back federal money if school districts don’t bring their students back in the fall.

Florida marked another grim COVID-19 milestone Thursday when health officials reported 120 new deaths from the coronavirus — the highest one-day jump yet amid a surge in new infections that continues to befuddle the state's attempts to contain the outbreak.

The number of deaths announced Thursday was the highest since the 113 reported in early May. The cumulative death toll has now surpassed 4,000 as new infections climbed by nearly 9,000 to 232,718, NBC Miami reports.

The state also reported on Thursday the biggest 24-hour jump in hospitalizations, with more than 400 patients being admitted.

A day earlier, Texas reported its deadliest day of the pandemic with nearly 100 new deaths on Wednesday as newly confirmed cases continued soaring. Texas is now reporting a total of 2,813 deaths.

A U.S. Navy aircraft carrier sidelined for part of its six-month deployment when more than 1,000 of its sailors tested positive for COVID-19 returned to San Diego Thursday.

In early March, USS Roosevelt was hit with an outbreak of the novel coronavirus. More than 1,000 crew members eventually became infected, and one sailor died, in what was the most extensive and concentrated spread of the virus across the U.S. military.

The aircraft carrier had to pull into Guam ahead of a scheduled port visit so the infected crew could quarantine. The Navy eventually sent all of the 4,800 crew members ashore for weeks of quarantine, in a systematic progression that kept enough sailors on the ship to keep it secure and running. The outbreak put out of commission a massive warship vital to the Navy’s mission of countering China’s power in the Asia-Pacific region and sparked one of the biggest military leadership crises of recent years.

A day after Vice President Mike Pence said the Centers for Disease Control and Prevention would be issuing new guidelines for reopening U.S. schools, the agency's director clarified that it was not revising its guidance, but instead issuing additional reference documents for local districts, teachers and parents.

Pence's announcement came shortly after President Donald Trump tweeted the CDC's guidelines were “very tough & expensive.” Pence said the new guidance would be issued next week and that the recommendations will keep students safe, but "the president said today we just don’t want the guidance to be too tough.”

The CDC’s existing guidance recommends that students and teachers wear masks whenever feasible, spread out desks, stagger schedules, eat meals in classrooms instead of the cafeteria and add physical barriers between bathroom sinks.

Redfield has emphasized that his agency’s guidelines are only recommendations. His comments Thursday risk further confusion about how best to reopen schools amid a resurgence in coronavirus cases.

As coronavirus cases surge, inundating hospitals and leading to testing shortages, a rapidly growing number of Houston area residents are dying at home, according to an NBC News and ProPublica review of Houston Fire Department data. An increasing number of these at-home deaths have been confirmed to be the result of COVID-19, Harris County medical examiner data shows.

The previously unreported jump in people dying at home is the latest indicator of a mounting crisis in a region beset by one of the nation’s worst and fastest-growing coronavirus outbreaks. On Tuesday, a record 3,851 people were hospitalized for the coronavirus in the Houston region, exceeding normal intensive care capacity and sending some hospitals scrambling to find additional staff and space.

While far more people died of COVID-19 in those cities than have died so far in Houston, researchers and paramedics say that the trend of sudden at-home deaths in Texas’ largest city is concerning because it shows that the virus's toll may be deeper than what appears in official death tallies and daily hospitalization reports.

The head of one of the largest teachers unions in the country warned there could be an exodus of educators from the workforce this fall as a result of President Donald Trump's "unconscionable" demand to fully reopen schools during the pandemic, TODAY.com reports.

Trump threatened on Wednesday to "cut off" funding for schools that do not completely reopen in this coming school year.

"If too many of our members believe Donald Trump's hyperbole instead of somebody like Andrew Cuomo's caution about their health and safety, we're going to have a whole lot of people retire early, quit, take a leave," American Federation of Teachers President Randi Weingarten told Craig Melvin on TODAY Thursday.

"So at the very same time that kids need these experienced teachers because they're facing three crises, they need people to calm them down, focus on their well-being and their instruction, we're going to see a huge brain drain in the next few weeks. That was unconscionable what (Trump) did for political reasons."

The president's pressure on state and local officials to fully reopen schools comes as coronavirus cases surge in states across the country, leaving many parents, teachers and students apprehensive about schools reopening without proper safety protocols that could require additional funding to implement.

The AFT, which consists of about 1.7 members, has released its own plan to safely reopen schools. This guidance includes physical distancing, testing, isolating and tracing cases of the coronavirus, investing in recovery and involving unions, parents and community in planning.

Read the full story on TODAY.com

The 9,989 new COVID-19 cases brought the state's total to 223,783, according to figures released by the Florida Department of Health.

Wednesday's total of new cases was about 2,600 more than were reported Tuesday but still below Saturday's record-setting daily total of 11,458.

The state has seen a large increase in cases in the past week, with nearly 65,000 confirmed in that span of time.

Mayor Keisha Lance Bottoms on Wednesday signed the order requiring masks, which could set up a confrontation with the Republican Kemp. The order goes into effect immediately. The governor has already clashed with the mayor recently over policing issues, calling out the National Guard to protect state government offices after an 8-year-old girl was fatally shot by armed people at the site of a fast food restaurant where an Atlanta police officer shot and killed a Black man.

“We will continue to take active measures to help slow the spread of COVID-19 infections in Atlanta,” Bottoms said in a statement. “Public health experts overwhelmingly agree that wearing a face covering helps slow the spread of this sometimes deadly virus.”

The order also prohibits gatherings of more than 10 persons on city of Atlanta property.

Like a number of other local leaders in Georgia, Bottoms has unsuccessfully appealed to Kemp to change his order that local governments can't exceed the state's requirements. 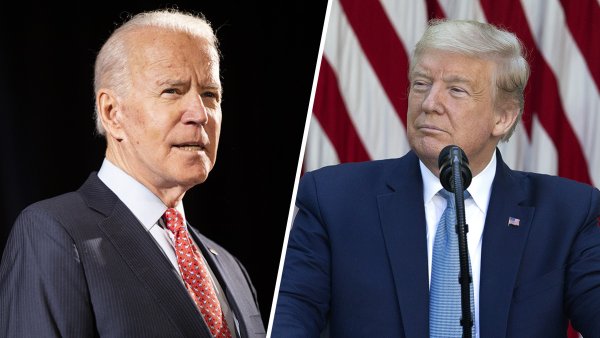 Biden Slams Trump on Coronavirus, Russia: ‘Commander in Chief Who Doesn't Command Anything' 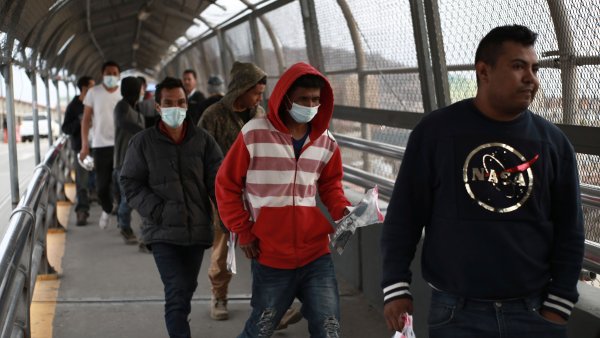