The WHO said it still believes the spread from people without symptoms is “rare,” despite warnings from experts that such transmission is more frequent and likely explains why the pandemic has been so hard to contain

The head of the World Health Organization warned that the coronavirus pandemic is worsening globally, even as the situation in Europe is improving.

At a press briefing on Monday, Tedros Adhanom Ghebreyesus noted that about 75% of cases reported to the U.N. health agency on Sunday came from 10 countries in the Americas and South Asia. He noted that more than 100,000 cases have been reported on nine of the past 10 days — and that the 136,000 cases reported Sunday was the biggest number so far.

Tedros said most countries in Africa are still seeing an increase in cases, including in new geographic areas even though most countries on the continent have fewer than 1,000 cases.

“At the same time, we’re encouraged that several countries around the world are seeing positive signs,” Tedros said. “In these countries, the biggest threat now is complacency.”

The WHO also said Monday it still believes the spread of the coronavirus from people without symptoms is “rare,” despite warnings from numerous experts worldwide that such transmission is more frequent and likely explains why the pandemic has been so hard to contain.

Maria Van Kerkhove, WHO’s technical lead on COVID-19 said at a press briefing that many countries are reporting cases of spread from people who are asymptomatic, or those with no clinical symptoms. But when questioned in more detail about these cases, Van Kerkhove said many of them turn out to have mild disease, or unusual symptoms.

Although health officials in countries including Britain, the U.S. and elsewhere have warned that COVID-19 is spreading from people without symptoms, WHO has maintained that this type of spread is not a driver of the pandemic and is probably accounts for about 6% of spread, at most. Numerous studies have suggested that the virus is spreading from people without symptoms, but many of those are either anecdotal reports or based on modeling.

Van Kerkhove said that based on data from countries, when people with no symptoms of COVID-19 are tracked over a long period to see if they spread the disease, there are very few cases of spread.

“We are constantly looking at this data and we’re trying to get more information from countries to truly answer this question,” she said. “It still appears to be rare that asymptomatic individuals actually transmit onward.”

Meanwhile, after months of battling coronavirus outbreaks and maintaining lockdowns, New Zealand appears to have completely eradicated the virus, and, on the other side of the globe, U.S. virus hotspot New York City is beginning to reopen.

Health officials in New Zealand announced Monday that the last known infected person had recovered. The announcement was greeted with joy around the country and means the nation of 5 million people will be among the first to welcome throngs of fans back into sports stadiums, embrace crowded concerts and remove seating restrictions from flights.

It has been 17 days since the last new case was reported, during which time an additional 40,000 people have been tested, bringing the total number tested to about 300,000. Monday marked the first time since late February there have been no active cases.

Prime Minister Jacinda Ardern said she was confident New Zealand had halted the spread of the virus but it still must be prepared for more.

“We are confident we have eliminated transmission of the virus in New Zealand for now, but elimination is not a point in time, it is a sustained effort,” she said at a news conference. “We almost certainly will see cases here again, and I do want to say that again, we will almost certainly see cases here again, and that is not a sign that we have failed, it is a reality of this virus. But if and when that occurs we have to make sure — and we are — that we are prepared.”

More cases are likely to be imported as people enter the country. For now, the border remains shut to all but citizens and residents, with some limited exceptions. Everybody who does enter has to go into quarantine.

Ardern announced that the Cabinet had agreed to remove almost all remaining virus restrictions from midnight, with the exception of the border strictures.

Experts say a number of factors have helped New Zealand wipe out the disease. Its isolated location in the South Pacific gave it vital time to see the devastating spread of the virus in other countries. Ardern also acted decisively by imposing a strict lockdown early in the outbreak.

She said her government’s focus will be on the country’s borders, where isolation and quarantine will continue.

The New York Times found one ice cream truck driver who feels he has an obligation to get his ice cream out to children — even in the face of the coronavirus pandemic.

Just over 1,500 people contracted the virus in New Zealand, including 22 who died.

Eliminating the virus won't end the economic pain for the country. Thousands of people have lost their jobs. The tourism industry, which accounts for about 10% of the economy, has been particularly hard hit.

In the U.S., New York City gradually began reopening Monday in a turning point in the three-month-long crisis and an important test of the city's discipline.

With the virus in check — at least for now — stores previously deemed nonessential were cleared to reopen for delivery and curbside pickup, though customers cannot yet browse inside. Construction, manufacturing and wholesalers also were cleared to resume work.

Some major store chains took it slow: Macy's declined to give a date for starting curbside pickup at its flagship store, where smash-and-grab thieves hit amid last week’s protests over George Floyd’s death. Saks Fifth Avenue, which girded itself with razor wire last week, and Tiffany’s may launch pickup service later this week.

Owners of smaller shops were eager to reopen, even if they didn't expect much business.

“We are going to be open every day for the sake of showing life,” said eyewear designer Ahlem Manai-Platt, who was reopening a lower Manhattan store.

Mayor Bill de Blasio welcomed the reopenings as evidence of how “strong and resilient” New York is. But he also warned the city against letting its guard down and jeopardizing its hard-won progress against the virus: "Let’s hold onto it. Let's build on it.”

Unrest over racism and police brutality could compound the challenges facing the nation's biggest city as it tries to move past three bleak months. Officials who had focused for months on public health and economic woes are now also facing urgent pressure for police reform.

The twelfth day of protests continued in cities around the U.S on Saturday to decry the killing of George Floyd. Floyd was killed by a Minneapolis police officer on May 25, sparking international demonstrations condemning police brutality.

At its peak, the virus killed more than 500 people a day in New York City in early to mid-April. The number has since dropped into the single digits. New hospitalizations, which topped 800 a day in late March and early April, were down to 67 on Saturday.

Reopening the economy could spark a resurgence of the virus as people circulate more. 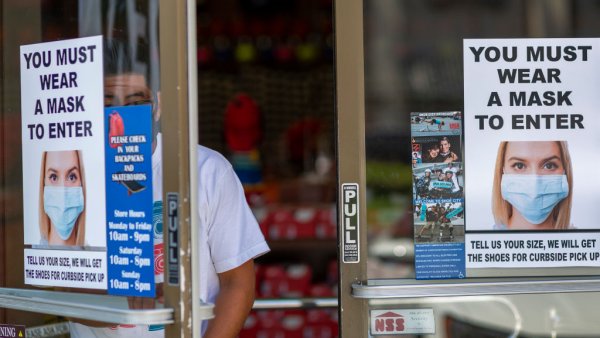 Bloodied Store Manager Describes Life in the Age of COVID-19 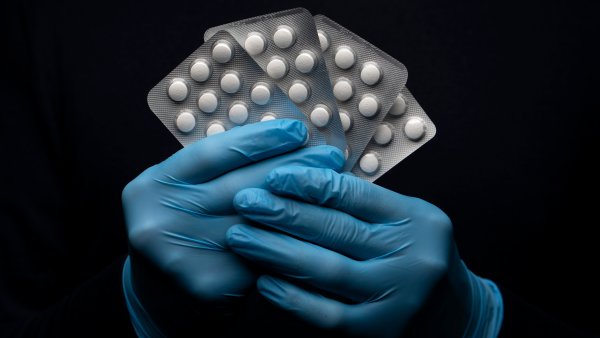 Hydroxychloroquine is Not Dead Yet

New York City is one of the last places in the U.S. to begin reopening. All 50 states have already started the process. However, after two weeks of nationwide protests over Floyd's death, experts now worry that there could be large resurgences of the virus across the U.S.

On Saturday, Brazil's government stopped publishing a running total of coronavirus deaths and infections in an extraordinary move that critics call an attempt to hide the true toll of the disease in Latin America's largest nation.

Saturday's move came after months of criticism from experts that Brazil’s statistics are woefully deficient, and in some cases manipulated, so it may never be possible to understand the depth of the pandemic in the country.

Brazil's last official numbers showed it had recorded over 34,000 deaths related to the coronavirus, the third-highest number in the world, just ahead of Italy. It reported nearly 615,000 infections, putting it second, behind the United States. Brazil, with about 210 million people, is the globe's seventh most populous nation.

The number of coronavirus deaths have topped 400,000 worldwide, with more than 7 million infected, according to a tally by Johns Hopkins University.