The video made the rounds on social media and prompted police to reopen their investigation into the fight on Monday.

Officers were called to the theme park on July 6 to help break up the melee, which began between a brother and sister but quickly involved other family members, Anaheim police Sgt. Daron Wyatt said.

The video, which was getting attention after being posted to YouTube on Sunday, shows a woman appearing to spit in her brother's face in Mickey's Toontown. It quickly escalated to blows and hair-pulling as several people were knocked to the ground over the course of nearly five minutes.

Others in the family intervened, as did bystanders who tried to break up the fight. It took Disneyland security several minutes to respond, the video shows. Parkgoers were calling for help amid children's screams and cries.

Anaheim police arrived after the fight was over, Wyatt said. The family members declined to cooperate with authorities and were escorted off Disneyland property.

"Any type of violence is inexcusable and will not be tolerated," Disneyland Resort spokeswoman Liz Jaeger said in an email. "Those involved were immediately removed from the premises and turned over to the Anaheim Police Department." 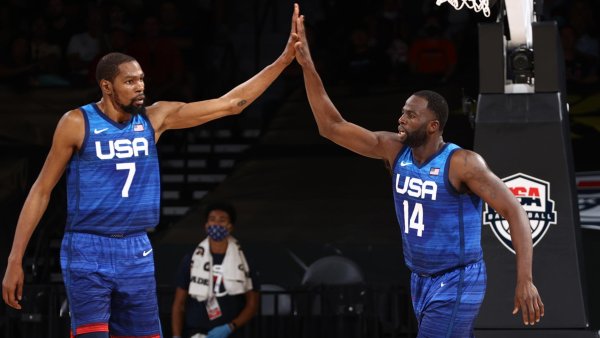 How to Watch Team USA Men's Basketball at Tokyo Olympics 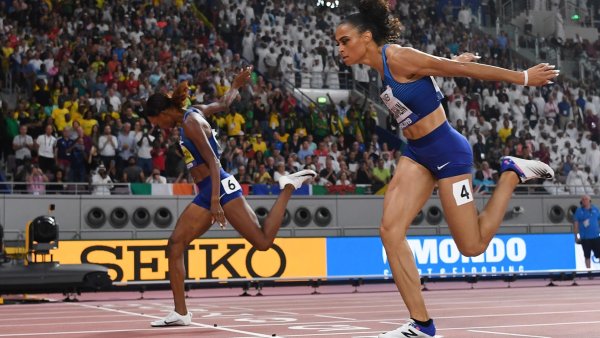 track and field 1 hour ago

Police took an initial report but couldn't move forward without the family's cooperation, Wyatt said. Once officers saw the video, they reopened the case

Possible charges such as disturbing the peace, domestic violence and assault, may be filed.

Police do not know what prompted the fight. No injuries were reported.