Don Newcombe To Be Inducted to Legends of Dodger Baseball

The late Brooklyn Dodgers pitching great Don Newcombe will become the first inductee to the Legends of Dodger Baseball before Saturday night's game against the Pittsburgh Pirates at Dodger Stadium.

Newcombe and his fellow members of the inaugural class -- Steve Garvey and Fernando Valenzuela -- were introduced to the crowd at the Dodgers' final Sunday home game of 2018 regular season, two days after the team announced the program.

The team will induct legends on an annual basis in recognition of their impact on the franchise, both on and off the field. Inductees will receive a plaque honoring their Dodger achievements, which will also be on permanent display at Dodger Stadium.

Garvey will be inducted on June 1 and Valenzuela on July 20.

Newcombe was the first player to receive the rookie of the year, MVP and Cy Young awards. He died Feb. 19 after a lengthy illness at age 92.

Born June 14, 1926, in Madison, New Jersey, Newcombe began his professional career with the Newark Eagles of the Negro National League in 1944 and signed with the Brooklyn Dodgers organization in 1946. 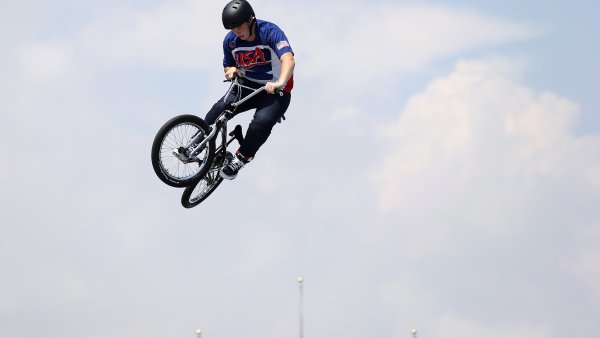 When team President Branch Rickey attempted to send Newcombe and future Hall of Fame catcher Roy Campanella to the Dodgers' Danville, Illinois, affiliate in the Class B Three-I League, the league threatened to shut down if the two black players arrived.

Instead, Newcombe and Campanella were sent to the Nashua (New Hampshire) Dodgers of the Class B New England League in 1946, making them the first U.S.-based team in organized baseball in the 20th century to include black players.

Jackie Robinson began his career in the Dodgers organization that year with its International League affiliate in Montreal.

Newcombe debuted with the Brooklyn Dodgers in 1949, going 17-8, helping them to the National League pennant and receiving the National League rookie of the year award. He was a three-time 20-game winner in his seven seasons in Brooklyn, missing the 1952 and 1953 seasons while serving in the U.S. Army.

Newcombe won a team-high 20 games in 1955, the only season the Dodgers won the World Series when they were in Brooklyn, and his .800 winning percentage was the best in Major League Baseball.

Newcombe received the inaugural Cy Young Award in 1956 as the best pitcher in Major League Baseball and was the National League MVP as his 27-5 record helped the Dodgers to another pennant.

Newcombe was the Dodgers' starting pitcher in Vin Scully's first regular-season game as a Dodger broadcaster, April 18, 1950, at Philadelphia's Shibe Park. He was removed from the game after facing two batters in the second inning.

He allowed four runs and was charged with the 9-1 loss.

Following an 0-6 start in the Dodgers' first season in Los Angeles in 1958, Newcombe was traded to Cincinnati.

He concluded his major league career in 1960 with Cleveland.

In 1962, Newcombe became the first former major leaguer to play in Japan, playing the outfield and first base -- pitching just once -- for the Chunichi Dragons of Japan's Central League.

In 1968, the Rev. Martin Luther King Jr. had dinner at Newcombe's Los Angeles home, 28 days before being assassinated. Newcombe recalled King saying, "Don, you'll never know how easy you and Jackie and (Larry) Doby and Campy made it for me to do my job by what you did on the baseball field."

"Imagine, here is Martin getting beaten with billyclubs, bitten by dogs and thrown in jail and he says we made his job easier,'' Newcombe said.

Newcombe's community service contributions include helping numerous others in their battles against substance abuse.

productive human being again -- that means more to me than all the things I did in baseball," Newcombe said.

Newcombe became a special adviser to the chairman in 2009, a position he held at his death.

In a 2010 fundraiser at the California Science Center benefiting the Democratic National Committee and then-Sen. Barbara Boxer's re-election campaign, then-President Barack Obama said Newcombe "helped Major League Baseball become what it is, but also helped America become what it is," as one of the first black players in the major leagues after Robinson broke the color line in 1947.

Obama called it "an honor" to meet and have his picture taken with Newcombe.