Two fathers walked away from their old lives and created a lasting friendship after entering a program in San Bernardino County that aims to break the cycle of drug abuse and gang life.

"I had a lot of hurt and suffering that was inside of me," Michael Levario said. "I didn't know how to release that. I didn't know who to talk to or how to get that out."

Levario talked about his former self.

It was a dark place made worse by his addiction to methanphetamine, he said. 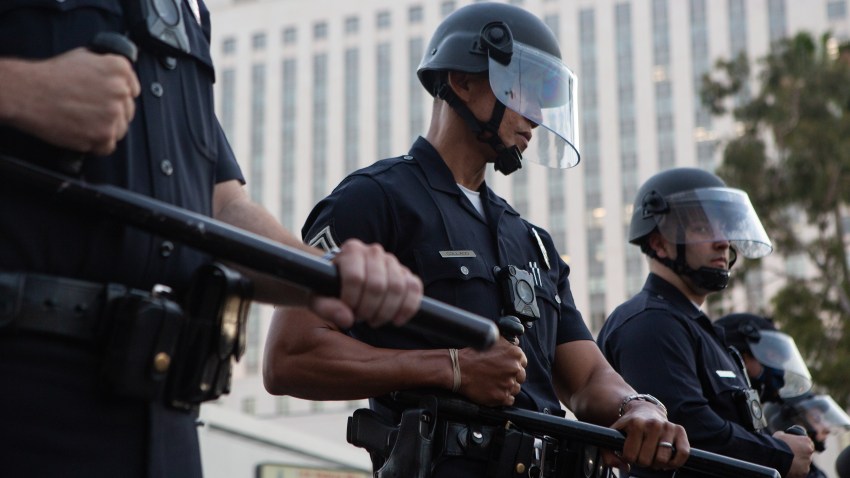 "At some point I just had to throw my hands up and say I need help. I can't do this. I wasn't only affecting myself. I was affecting my children," Levario said.

This realization came in one moment with his eldest son. His son was cooking soup in the microwave.

Soon after, Levario's children were taken away from him. He began drug and alcohol rehabilitation and received assistance and counseling through the San Bernadino County Children and Family Services.

Months later he was back at home with his wife and children. They are now 11 to 15 years old.

"Change is scary for a lot of people," Levario said.

He paid it forward by becoming a "Parent Partner" himself, like Dwayne Fenchak.

"It's like unity. We've been through the same thing," Levario said.

"I was using," Fenchak said. "My daughter fell off the bed when she was sleeping."

His youngest, who had fallen, was removed from his custody while his other daughter was placed with her mother.

"I was really scared. It was the worst feeling I've ever felt in my life," Fenchak said.

Michael was there, and almost immediately, a bond developed between the two men from different backgrounds but with similar hardships.

"He shed a lot of light on life - that I had a fighting chance to get my daughter back," Fenchak said. "[Before that] I didn't feel like my voice would be heard and I was scared."

After several months of rehabilitation, Fenchak got his daughters back.  He is currently clean and working as an aide at a health services center.

He lives with his daughters, his girlfriend and her twin girls.

"It gives the parents that we are currently working with a lot of hope," Marlene Hagen,
Director of the San Bernadino County Department of Children and Family Services, said.

Hagen said approximately 80 percent of the parents who come through the welfare system use the Parent Partner program. It is a voluntary program -- completely up to the parents.

"Every day I wake up and I know where I was before and where I am today and I give myself a pat on the back because you need to keep moving forward," Fenchak  said.

Fenchak is the protégé motivating the mentor.

"To see that eagerness to want to change is very inspirational to me," Fenchak said.

When the time is right, they said they will explain what they went through to their children.

"I want them to know how hard I fought for them and how much I love them," Fenchak said.

The fathers will forever remain connected with the hope others will also walk along the path of health and happiness.

"There is help everywhere - all we have to do is have that willingness to change our lives," Fenchak said.