The back-to-back strong earthquakes in 2019 might have increased the chances of a quake along the San Andreas Fault with a magnitude of 7.5 or greater in the next 12 months, the study says.

The Ridgecrest earthquakes in 2019 may have upped the chances of a quake along the San Andreas fault with magnitude 7.5 or greater in the next 12 months, according to a study published Tuesday in the Bulletin of the Seismological Society of America.

The Los Angeles Times reported on the findings that there is a 2.3% chance of a large earthquake on the Garlock fault, which runs along the north edge of the Mojave Desert, in the next year. That increases the likelihood of a big shake-up on the larger San Andreas fault to 1.15%.

Photos: How the Magnitude-7.1 Earthquake Changed the Earth's Surface

Those low probabilities may seem hardly worth worrying about given more pressing concerns of the COVID-19 pandemic, however, the numbers translate into a near tripling of the odds of a large quake on the San Andreas, one of the study's co-authors told The Times.

Ross Stein, an earthquake scientist emeritus of the U.S. Geological Survey and adjunct professor of geophysics at Stanford University told the newspaper that if the Garlock fault ruptures, the probability of a big earthquake along the San Andreas fault could be even odds.

“Now, you can think of the Ridgecrest earthquake as being so far from Greater Los Angeles... that it is nearly harmless,'' Stein told The Times. “But the problem is that ... the Ridgecrest earthquake brought the Garlock fault closer to rupture. If that fault ruptures -- and it gets within about 25 miles of the San Andreas -- then there's a high likelihood, maybe a 50/50 shot, that it would immediately rupture on the San Andreas.”

A hypothetical magnitude 7.8 quake on the San Andreas could cause more  than 1,800 deaths, injure 5,000, displace 500,000 to 1 million people from their homes and cripple the region economically for a generation, The Times reported. A quake of that magnitude would produce 45 times more energy than the 1994 magnitude 6.7 Northridge quake.

Seismologist Dr. Lucy Jones, who was not involved in the study, said its conclusions are not confirmed.

“It's really interesting science, and I like the way they've been able to increase the complexity of how they do their modeling,'' Lucy Jones told the newspaper. “That's a real advance. But it's not yet proven.”

However, even Jones said California officials should be prepared and on the lookout for action on the Garlock fault.

The series of earthquakes in Ridgecrest in 2019 culminated in the largest seismic event in the state since the 1999 7.1 magnitude Hector Mine quake, according to an abstract of the report. 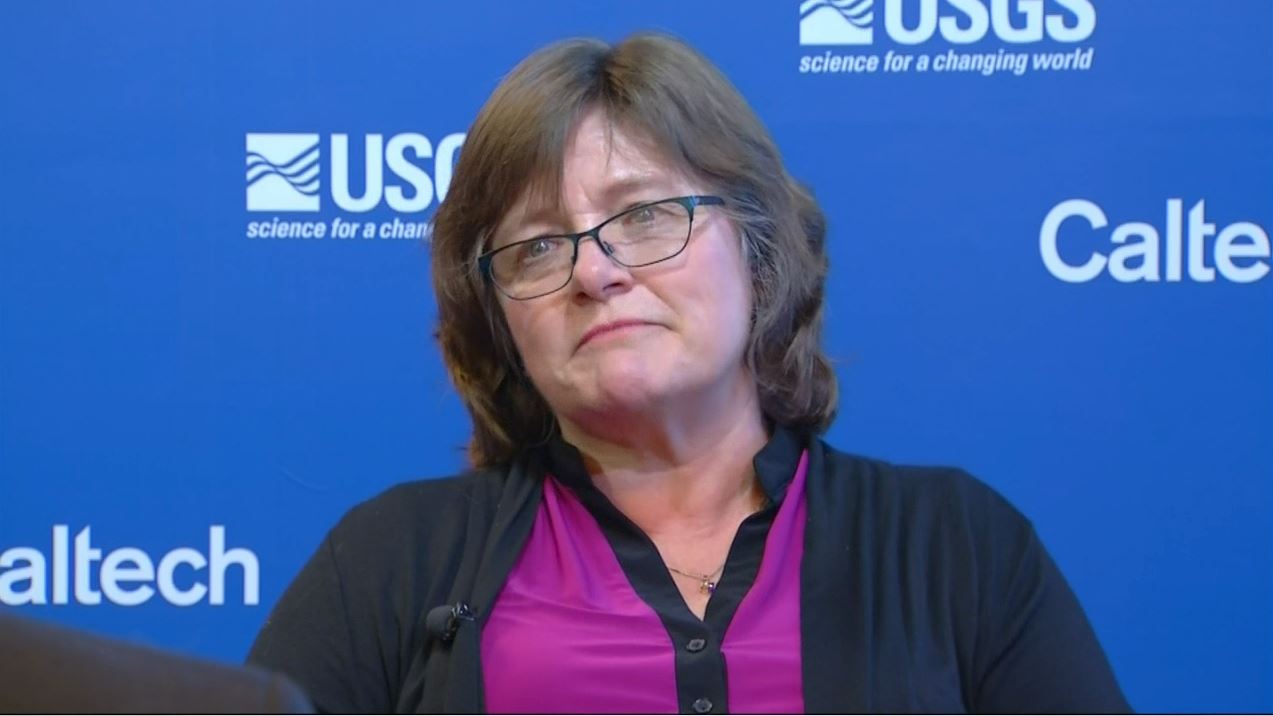 The Ridgecrest activity “produced significant stress perturbations on nearby fault networks, especially along the Garlock fault segment immediately southwest of the 2019 Ridgecrest rupture,'' according to that brief summary.

The question is whether that stress may have begun a chain of events that could result in a widespread devastation along the San Andreas fault not seen since 1857, The Times noted.

A year ago, the U.S. Geological Survey -- the nation's primary earthquake science agency -- calculated that there was an extremely remote chance the San Andreas could be triggered by the Ridgecrest quakes, the newspaper reported.