The fire was reported around 11:30 a.m. near Hamilton Avenue and the Santa Ana River.

The fire, burning near homes in Huntington Beach, was first reported around 11:30 a.m. near Hamilton Avenue and the Santa Ana river.

Windy conditions caused embers to fly – sparking a fire on the roof of a home.

"This is the only house in the neighborhood that has a shake roof and the embers were smoking on the roof," neighbor Bill Risconsin said.

Firefighters arrived in time to stop the spot fire from spreading.

"If it'd been two minutes more, I mean the whole roof could have been gone," homeowner Holly Johnson said.

The fire started in a pile of pompous grass that was dry and piled high. Park officials said the grass was being replaced with native plants inside the Talbert Preserve, but when nesting season began, the work had to stop. 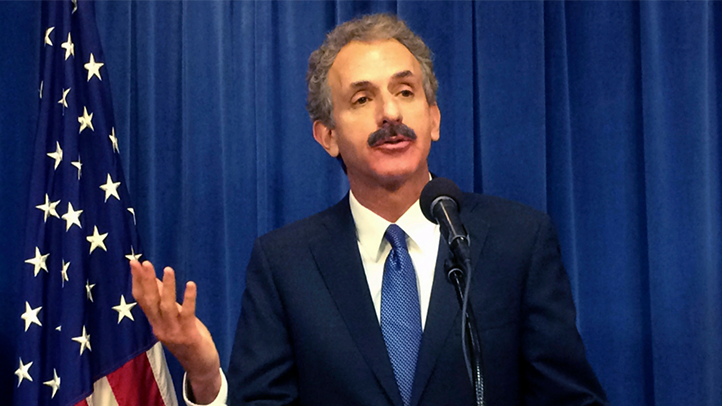 Because the dry grass was so deep and thick, dozers had to be sent out to flatten it out as fighting the fire with water wasn't enough.

Though the flames were under control by 2 p.m., the fire could still be spread by "ember cast" – when pieces of debris get carried up into a smoke column and land in unexpected places.

The wind will blow (on the debris) which will basically bring it back to a match being lit, and if it has something there that it can ignite, we now have a fire in that backyard," OC Fire Authority Capt. Shane Sherwood said.

A NBC4 viewer shot cell phone footage of the fire that showed large plumes of white smoke billowing to the sky.

Multiple units responded to the blaze, much of which sat at the bottom of a riverbed.

The Orange County Fire Authority worked with the Huntington Beach Fire Department to attack the fire and got the flames under control by 2 p.m., officials said. Firefighters will still fighting the fire as of 6 p.m. Friday.