Firefighters had to use a crane to lift the cab of the cement truck off the man's sedan.

A 25-year-old man is hospitalized Saturday after he was freed from a black compact sedan involved in a collision with a cement truck in South Los Angeles.

The accident occurred at 10:10 p.m. Friday in the 200 block of West Washington Boulevard near Grand Avenue, according to Brian Humphrey of the Los Angeles Fire Department.

Firefighters used a crane to lift the cab of the cement truck off the sedan, then pulled the vehicle back and cut away the car's roof to free the man who was trapped for 30 minutes. He was conscious and alert throughout the process and his legs were trapped beneath the dashboard, Humphrey said. He was taken to a hospital in unknown condition. 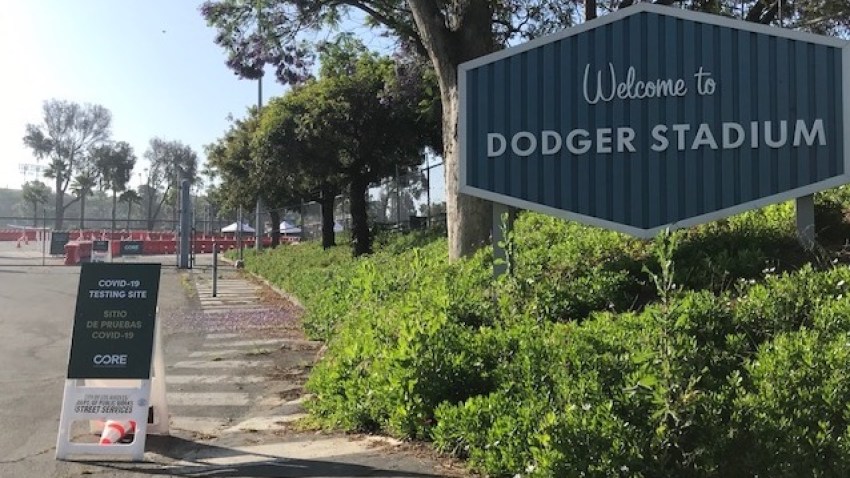 The cement truck driver, a 49-year-old man, was taken to a hospital in fair condition with a minor head injury, Humphrey said.

High-voltage wires were down in the area and the incident required the temporary closure of the Metro Blue Line tracks in both directions near Washington Boulevard and Grand Avenue, said Humphrey.

Because of the closure of the tracks, four buses will ferry Metro riders between the Pico, Grand, San Pedro and Washington stations until further notice, according to Jose Ubaldo of Metro.