A star on the Hollywood Walk of Fame was unveiled Wednesday honoring Guy Fieri, who went from winning "The Next Food Network Star'" to becoming one of the cable network's best-known personalities.

The star is the 2,664th since the completion of the Walk of Fame in 1961 with the first 1,558 stars. The ceremony will be livestreamed on walkoffame.com. 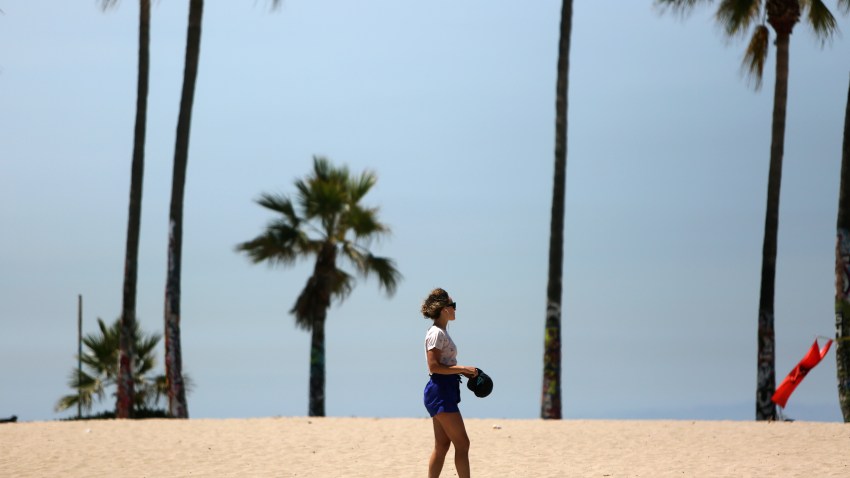 Blast of Heat to Send Temperatures Soaring Into Triple Digits

Born Jan. 22, 1968, in Columbus, Ohio, and raised in Ferndale, California, near the Oregon border, Fieri began his interest in food when he was 10 years old and sold soft pretzels from a three-wheeled bicycle cart he built with his father called "The Awesome Pretzel Cart."

After selling pretzels and washing dishes for six years, Fieri earned enough money to pursue his dream of studying abroad as an exchange student in Chantilly, France, where he gained an appreciation for international cuisine.

Fieri received a degree in hotel management from UNLV in 1990, then was hired by Stouffer's as a manager for its Long Beach restaurant operations. After working at Stouffer's for three years, Fieri joined Louise's Trattoria as a district manager, supervising its six restaurants.

Fieri opened his first restaurant, Johnny Garlic's, a pasta grill in Santa Rosa, in 1996. He would go on to open more than 63 restaurants around the world, including in New York City, Las Vegas, Atlantic City, South Africa and Dubai, and a winery in Sonoma County. He is also the author of six cookbooks.

Fieri's television career began in 2006 when he was the second-season winner of "The Next Food Network Star." His first series on the network was the cooking show "Guy's Big Bite," which premiered that year and brought him a Daytime Emmy nomination in 2017 for outstanding culinary host. He was also nominated in the category in 2018 for "Guy's Ranch Kitchen."