Riley lands on a branch, surveys the concrete jungle below and swoops down to land on the gloved hand of her owner.

Blazer-clad professionals on their way to lunch do double-takes.

Husband-and-wife falconers Alyssa and Mike Bordonaro are "The Hawk Pros," just one of a number of Southern California bird-abatement businesses. They and their birds of prey are hired guns, brought in to scare away seagulls, pigeons and other "pest birds" that create nuisances and leave behind messes.

Their clients include the agricultural city of Oxnard, the Los Angeles County Museum of Art and downtown Los Angeles' U.S. Bank Tower, the second-tallest building west of the Mississippi River.

Most of the places they work are outdoor eating areas.

"What seagulls do in their aftermath when they eat, it's pretty messy," says Mike Bordonaro, 35. 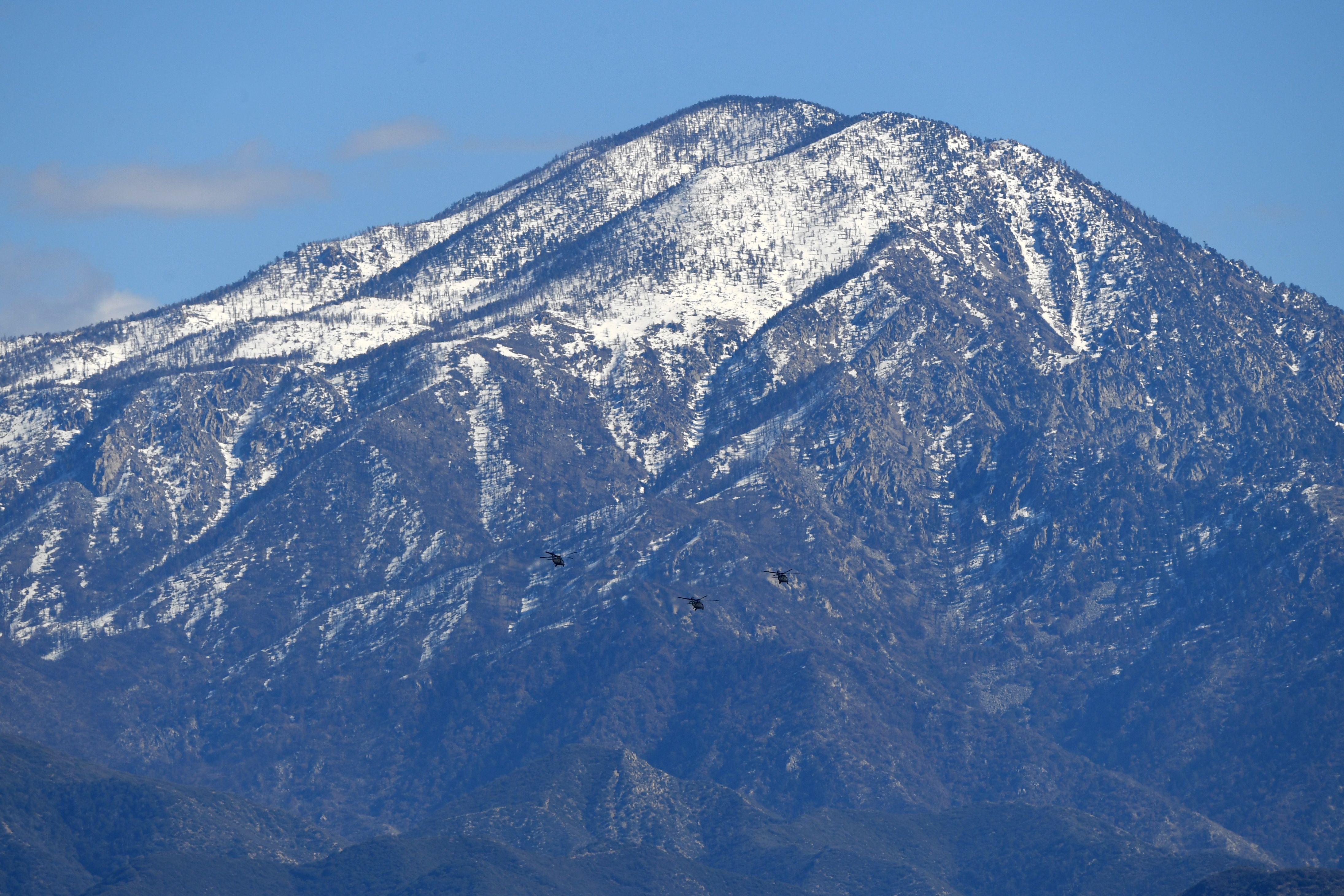 His wife, 30, says pest birds are able to thrive in metropolitan areas because they feel safe there.

"They need shelter, food and water, and they're finding it in these false environments basically that have sprinklers and fountains and food 24/7, but they're also using the humans as a shield against the predators who are too scared to come in," she says. "So by bringing in a predator that's not afraid of people, it just ruins everything for the pigeons."

Alyssa got the idea for the business while in college, when she spent time working with someone else's hawk scaring off seagulls at a landfill.

Occasionally people criticize the use of hawks for bird abatement, saying they should be free.

For one, the birds are born in captivity and can't be released to the wild, Alyssa says.

"I say, 'Look, she's totally free.' I fly them free and they come back, and it instantly changes their mind," she says. "All she's doing is flying, which she loves, and coming back for treats, which she loves."