Injured Wildlife at Lake Tahoe Get Trout Nabbed From Poacher

The California Department of Fish and Wildlife donated 54 trout this month to Lake Tahoe Wildlife Care.

Injured wildlife recuperating at a rehabilitation center at Lake Tahoe turned out to be the beneficiaries of the ill-gotten gains when California game wardens busted a poacher with dozens of trout caught illegally.

The California Department of Fish and Wildlife donated 54 trout this month to Lake Tahoe Wildlife Care where bears, raccoons and an eagle are among the patients that enjoyed munching on the former evidence, according to the Tahoe Daily Tribune.

The Plumas County district attorney’s office decided to give the fish to the wildlife department after it prosecuted the poacher, who was fined $5,000 and placed on probation for exceeding the legal limit of catching five fish per day and possessing 10 or more near Antelope Lake.

Denise Upton, director of the wildlife center at South Lake Tahoe, California, said the donations were much appreciated.

“We feed these bears a lot of food so any food donations help,” she said.

The first four fish — weighing 2 to 3 pounds (1 to 1.5 kilograms) each — were given to three brown bears and one black bear, all of which are scheduled to be returned to the wild in the spring. Two bears will go home to Mount Shasta, one to Humboldt and one to Ojai, California.

The bears, named Blaze, Humboldt, Yreka and Ojai, played with the dead fish but were more interested in cameras set up in their enclosure by news crews.

Fish also were given to the facility’s resident bald eagle, Em. He was brought to the wildlife center in 2014 with a broken wing. He is now missing most of one wing and will stay with LTWC for the rest of his life.

Em’s cautious around strangers and when given a trout, he stood protectively on top of it, watching all the strangers in the room. His handler pulled the fish out from under Em and placed it on top of his feet so he’d be more enticed to eat.

“That’s what years of bonding will do,” the handler said. “If I was a complete stranger and I tried to touch his food, he’d rip my face off.”

Fish also were given to the raccoons at the facility, which also has hawks, ducks and chipmunks.

Board member Coralin Glerum said the majority of the animals that come to them this time of year are injured, while in June, most of the animals are babies separated from their parents.

“Everything we do is about the release,” Glerum said.

The center moved moved into its new location in October. It occupies 5 acres (2 hectares) but owns 27 acres (11 hectares).

Glerum said the goal is to eventually use some of the acreage as a wildlife sanctuary for animals like Em, who can’t be released back into the wild.

Board Member Bruce Richards said the new facility is a $6.5 million project and they are still looking for donations. The next building they’ll build will be an animal hospital and administration building. 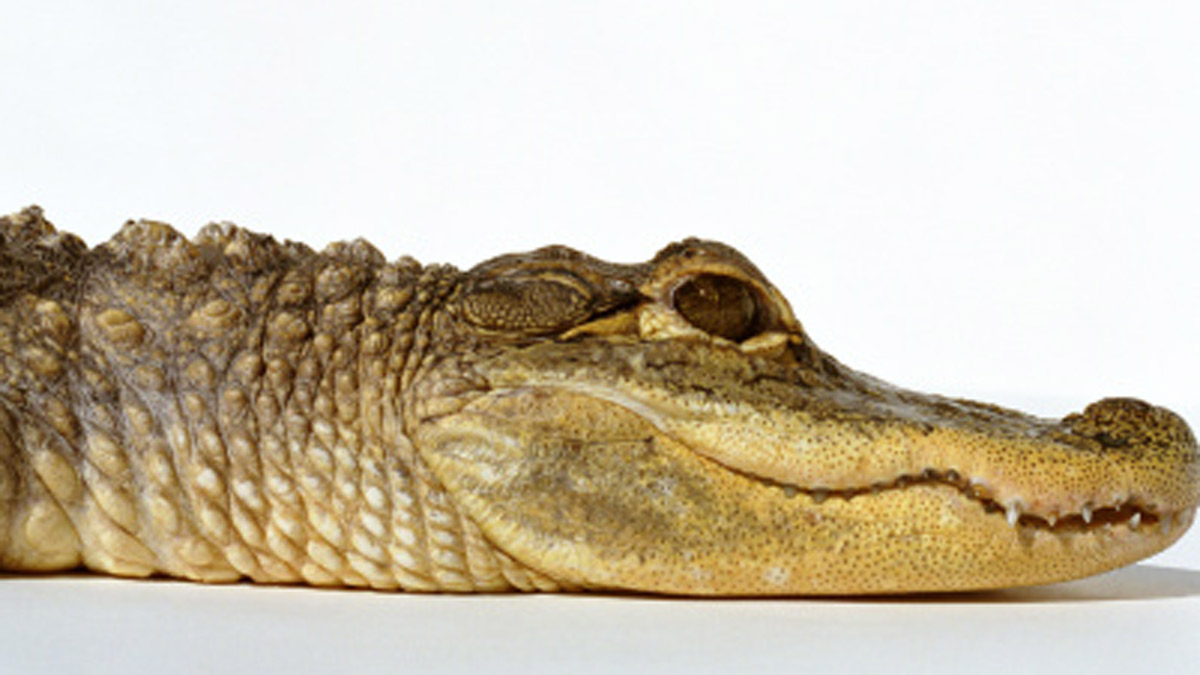 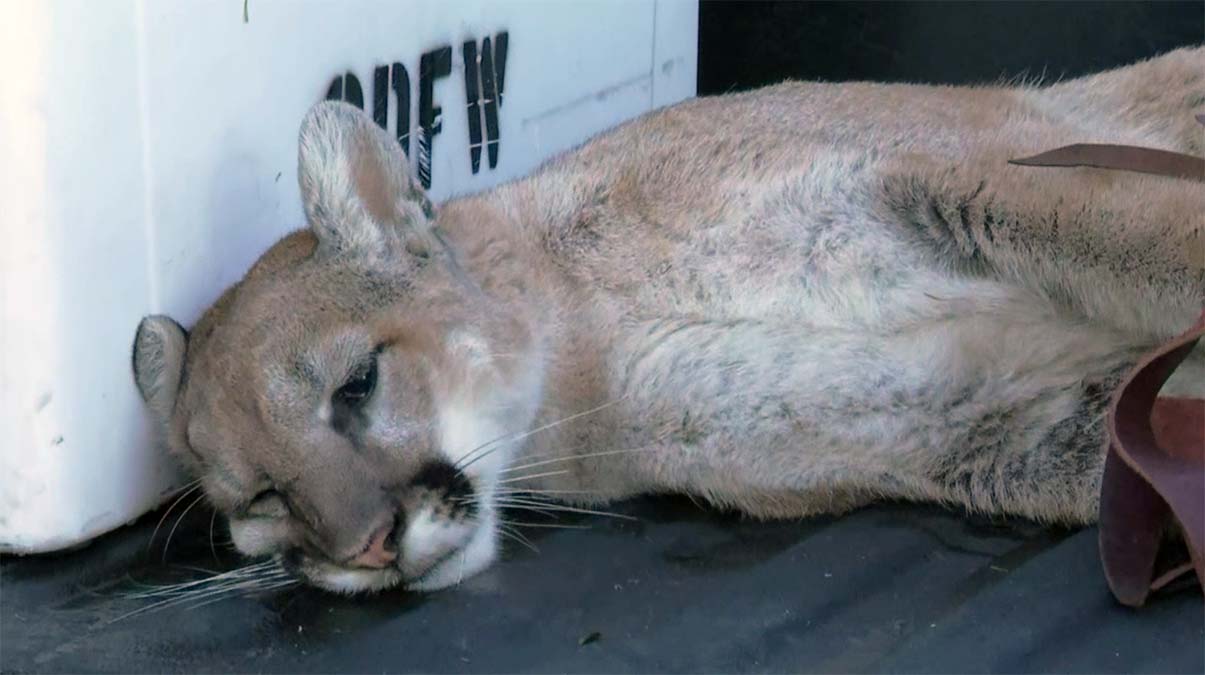 Mountain Lion Captured in Backyard of a Simi Valley Home

CaliforniaCalifornia Department of Fish and Wildlife