‘It’s Like a Fraternity’: Alleged Bay Boy Appears to Brag in Audio Used in Lawsuit

A man accused in a lawsuit of being part of a territorial surf gang appears to be bragging about a surf family that harasses others who try to paddle out at a surf spot off an upscale neighborhood along the Palos Verdes Peninsula.

The audio was recorded by a surfer named Diana Milena Reed, who is the lead plaintiff in a potential class-action lawsuit filed in March. Her attorney, Kurt Franklin, released the audio this week.

"Everybody gets the wrong vibe because that's the hazing," the man says in the audio recorded earlier this year at Lunada Bay. "It's like a fraternity ... And it's all out of love. The rousting is all out of love."

Franklin alleges that the person speaking is Charlie Ferrera, who's named as a defendant, along with his father, cousin, uncle and other alleged Bay Boys, in the lawsuit.

"They're dropping in on people purposely and putting them in danger," Franklin said. "It hasn't changed in 40 years."

The lawsuit alleges years of harassment by local surfers against outsiders while the city and its police department looked the other way. The plaintiffs also allege the Bay Boys built an unpermitted "Rock Fort" made of masonry, rock and wood that overlooks the waves from the beach.

It asks a federal judge for an injunction that bar the group from congregating at beaches in Palos Verdes for five years.

The city said it plans to take the fort down this winter and is planning on beefing up police patrols during the winter months when bigger swells typically draw larger numbers of surfers to the spot. 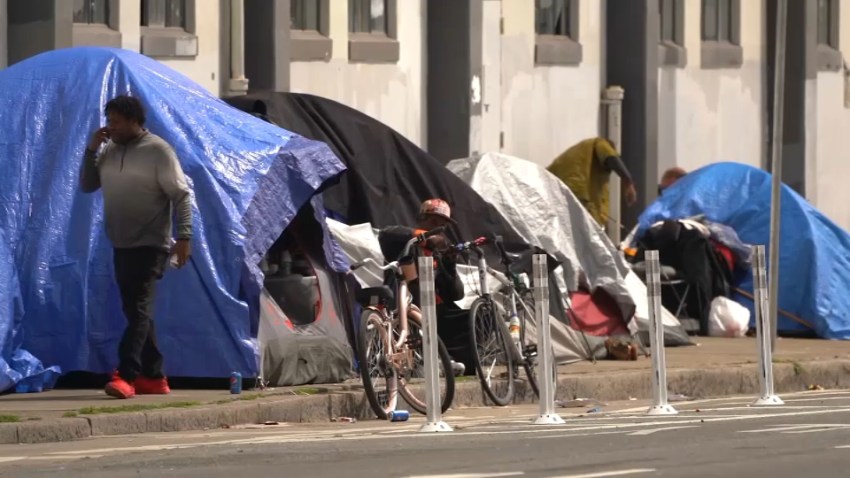 Map: Watch Coronavirus Cases Spread Across the US

An NBC4 investigation earlier this year found that allegations of harassment by the Bay Boys spiked over the last two decades. Nearly 60 police reports have been filed alleging harassment, threats and vandalism involving the Bay Boys surfer gang dating back to 1995.