Nine people were arrested after rocks were thrown at businesses, vehicles and officers during a Southern California protest stemming from the death of a black man in Minneapolis police custody, authorities said. Small demonstrations occurred elsewhere in the region.

The violence erupted Thursday night in Fontana, about 50 miles east of Los Angeles, as about 100 people moved up and down a local thoroughfare, a police statement said.

An unlawful assembly was declared around 9 p.m. and the crowd was ordered to disperse but some continued to block traffic and throw rocks at officers, police said. It took about an hour to disperse the demonstrators.

Elsewhere, demonstrators gathered outside police headquarters in downtown Los Angeles, but there was no repeat of the Wednesday evening action in which protesters blocked traffic on a freeway and attacked two California Highway Patrol cruisers, smashing windows. 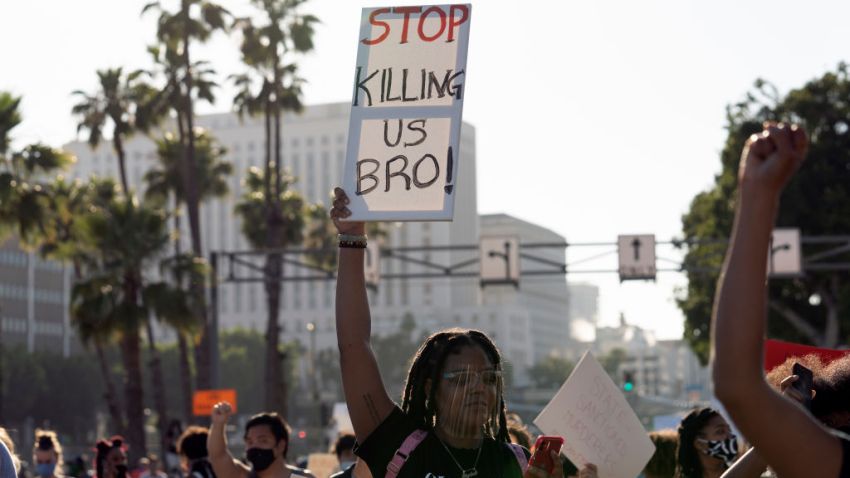 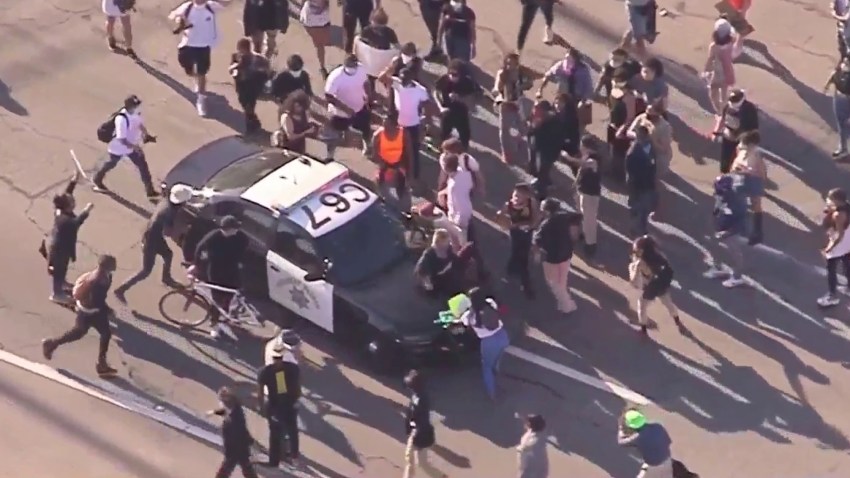 Another group marched from police headquarters in suburban Santa Monica to an LAPD station in adjacent Venice.

In Minnesota, demonstrators torched a Minneapolis police station in protest of the death of George Floyd, who was recorded on video pleading for air as an officer kneeled on his neck.