Irvin Kipper can say he’s lived every child’s dream. The owner of Kip’s Toyland at the Los Angeles Farmers Market has spent over half a century surrounded by toys.

Kipper, affectionately known as “Kip” by friends and family, opened his toy store in 1945, across the street from the Farmers Market at 3rd St. and Fairfax Ave., before moving to a stall in the famous market in 1956. Today, the toy seller can still be found behind the counter of his shop, where customers often greet him by name.

Having weathered the emergence of big box toy stores and the 2002 opening of The Grove complex on part of the Farmers Market grounds, Kip’s Toyland remains one of few independent toy stores still operating. 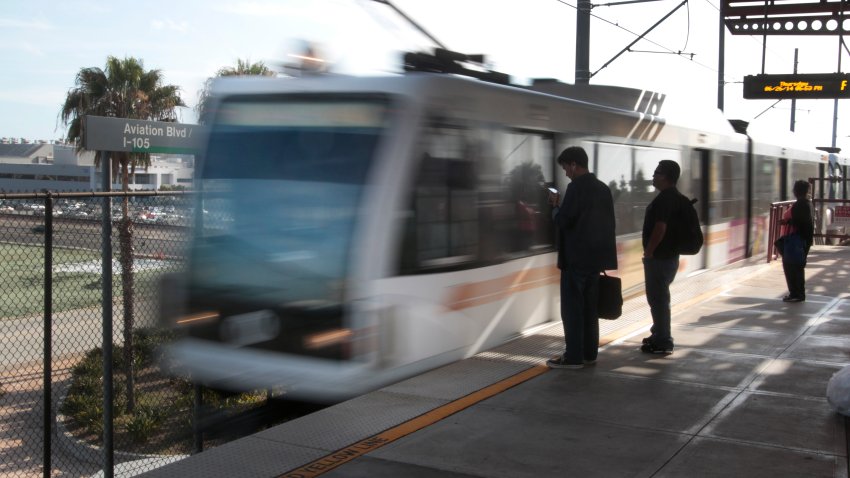 NBC LA recently talked with Kipper, 95, who shared how he got his start in the industry and what separates his store from others. He even named a few of his favorite toys.

Q. When and how did you get your start in the industry?

A. It goes back quite a long time. When I got out of the Army in 1945 on honorable discharge, my wife and I decided to try to do something independently. Sure enough, there was a place called Town & Country Village across the street from the Farmers Market on Third and Fairfax, and one of the merchants in that mall wanted to sell his business.

Q. What was the store like before you and your wife took it over?

A. When we bought it, it was kind of an anything store. The owner even sold huaraches shoes. We redesigned it as a toy shop.

Q. Have you enjoyed running a toy store?

A. I have to admit that I find it a fun place. Selling a pair of roller skates or a kite or a game of monopoly, to me, that is good. I know that it will be used at home and will be appreciated.

Q. What is the biggest change you’ve witnessed since you started the business?

A. When we first started, it was not easy to find a source for all we wanted in our store. We had to go scrounging. As of now, we’ve built up a relationship with several distributors so it is very easy for us to place an order and get a delivery in seven days. That is a lot different from when we first started.

Q. Do you find it hard to keep up with big box toy stores like “Toys R Us”?

A. There is definitely a place for an operation where people come in and [workers] smile at you. The relationships built here are nothing like going to a store and waiting on a long line. People come in and are treated one-on-one and we make a point to do things properly.

Q. How is preparation for toy season coming along?

A. The main thing to do is put in enough inventory. Go out on a limb and buy enough merchandise. Take a chance and go for it. I’m happy to do it and we have done it so far.

Q. Your favorite toys to sell?

A. Lincoln Logs and Tinkertoys and Erector Set. When we make a sell of one of those, I know that it will be used and used, again and again.