“Normally we have a table where we have enough food, and we had to throw away all that food because we don't know if it was compromised,” Pérez said.

Several acts of vandalism have been reported in recent days on religious grounds in Baldwin Park. The damage is extensive and the worst thing is that several programs that assist the community have been affected.

One of those programs is a church food distribution on Baldwin Park Boulevard and it ended with several broken doors and lots of food in the trash.

For the second time in a month, Baldwin Park Christian Church is the target of vandalism. 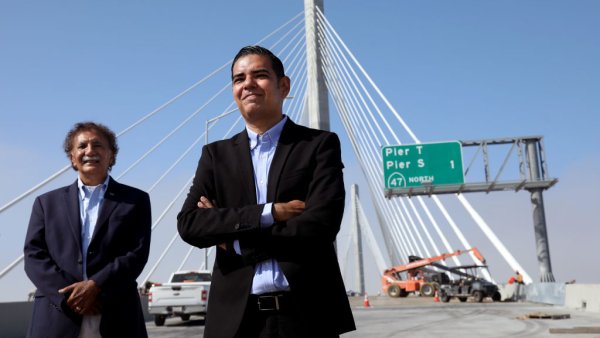 "This time it was worse because it was not just one, it was two, a total of three stones that we found inside here and one outside," said Freddy Pérez, a volunteer for the Baldwin Park Christian Church.

The discovery was made Sunday morning, when volunteers were preparing to carry out a food distribution.

“Normally we have a table where we have enough food, and we had to throw away all that food because we don't know if it was compromised,” Pérez said.

They could not capture the person(s) responsible for the vandalism because they do not have security cameras in the part of the church they entered, located at 3510 Baldwin Park Boulevard.

Ricardo Brown, who runs a youth program center on the grounds of a Baptist Church less than a mile from the affected church, believes the vandalism occurred Saturday night, because he suspects they are the same people who have been entering to damage his living room.

"I think they are the same, they are boys, young people, they are very young, and they entered the church and broke a lot of things," said Brown.

Brown said he rents the room located on the grounds of the Baptist church on Merced Avenue. He assures that there have already been about seven times that his team has had to order and clean the different acts of vandalism on his property.

"The bad thing is that the children come to the daycare and see what happened, and we have to tell them that it was an accident on our part. It's difficult because they do a lot of waste,” said Michelle Herrera, an employee at the youth center.

As Baldwin Park police investigate the cases, residents have made donations to the Christian Church's website as they plan to continue with the food distributions.

The distributions are held on Saturdays and Sundays.

Church representatives say that with the money they are receiving, they plan to fix the doors and install security cameras, especially at the entrance of the building.