After a Crowded Weekend at the Coast, Beaches in Orange County Might Be Shut Down

Stretches of Orange County’s beaches could be off-limits the next few weekends after more than 100,000 people flocked to Huntington and Newport beaches from Friday through Sunday.

It's was a scene that prompted a scolding from California’s governor and is making for tough decisions ahead.

After what they saw over the weekend, Newport Beach city officials will decide Tuesday whether to close their city beaches for the next three weekends.

Gov. Gavin Newsom said they are weeks away from modifying the stay-at-home orders but this behavior could jeopardize this step. Kim Tobin reports for the NBC4 News at 5 p.m. on Monday, April 27, 2020.

"A day like this where no one is at the beach, I think it’s a good situation, social distancing. Hard not to do with stretches of sand to yourself," Omar Mahmoud, a visitor from Tustin, said Monday after cooler temperatures had thinned the crowds. 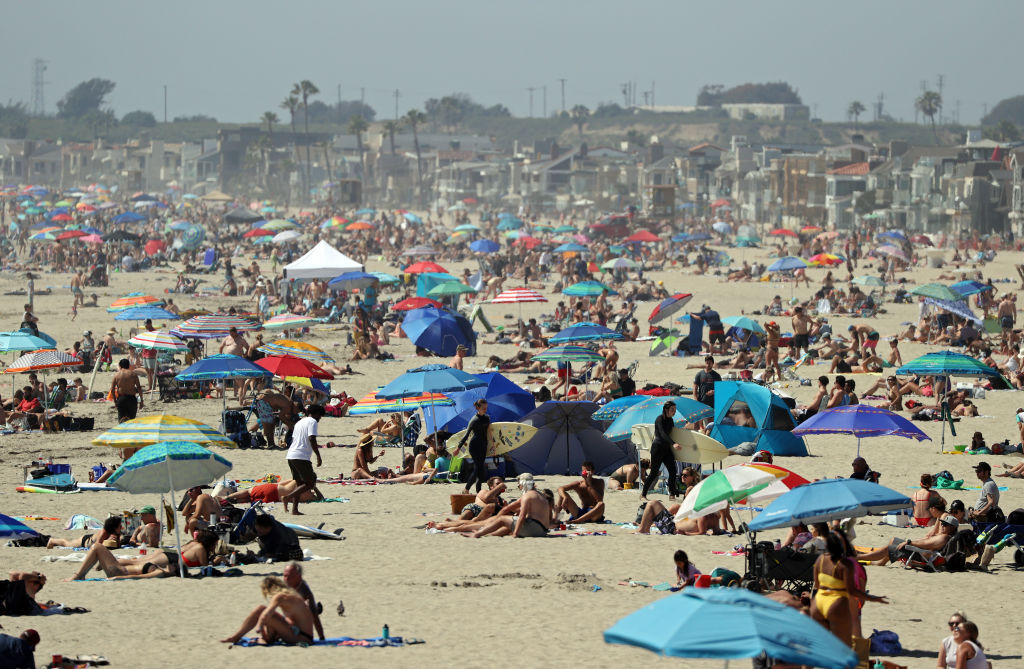 Want to Escape the Heat by Visiting the Beach? Make Sure It's Open, First

Huntington Beach officials say most people were practicing social distancing, despite what they describe as "max capacity" crowds this weekend. Scenes from the weekend prompted Gov. Gavin Newsom to call out Orange County beaches as an example of what not to do.

"The difference between Friday and Saturday was so profound," John Roehm, a long-time Newport Beach resident, said. "Friday, everyone is wearing masks. Everyone is social distancing. Saturday, I saw 40 people in a crosswalk 'high-fiving' each other, laughing, making a joke out of it."

Newport Beach officials may decide Tuesday whether keeping people safe means having to close its popular beaches for the next three weekends.

"If they close the beach, I don’t know if that’s the right solution because I think the beaches are big enough to accommodate," Mahmoud says.

"I love the beach," Brittany Cluck, a Newport Beach resident, says. "It’s hard because I love the beach. I love to swim. But it's three weekends, and we want to keep our area safe, so I agree with shutting it down for the weekends."

Roehm says, "This is a treasure for the state of California, and I’m glad to be down here...everyone is welcome here. I just think a couple more weeks isn’t too much to ask."

Huntington Beach officials say they will be watching Newport Beach’s decision closely because if they choose to close their beaches for the upcoming weekends, Huntington Beach is likely facing even bigger crowds.

"If Newport Beach closes all of its beaches and that crowd decides to come here we'll have to make some serious decisions to make sure that doesn't happen," said Huntington Beach Fire Battalion Chief Eric McCoy.

In the meantime, a petition to close all Orange County beaches now has several thousand signatures.

OC Parks Director Stacy Blackwood said the turnout last weekend was "pretty typical of what we see in summer weekends." She estimated it at about 6,000 people during peak hours across the major beaches.

Dr. Nichole Quick, the county's health officer, said, "We encourage residents to recreate in their general neighborhood... Mass gatherings are not allowed under the governor's orders."

At his Monday daily briefing, Newsom repeatedly criticized the large crowds at Orange County's beaches and warned that large gatherings would slow the state's efforts to reopen businesses and relax stay-at-home orders.

"Those images are an example of what not to see, what not to do if we're going to make the meaningful progress that we've made in the last few weeks extend into the next number of weeks," Newsom said. "The reality is we are just a few weeks away, not months away, from making measurable and meaningful changes to our stay-at-home order.