Organizers of Sunday's Beverly Hills rally released a long list of demands directed at Amazon and at U.S. government leaders, calling on Amazon to be "transparent and honest about the number of (COVID-19) cases they have in their facilities."

A coalition of labor and environmental activists planned to march to Amazon founder Jeff Bezos' mansion in Beverly Hills Sunday, to lobby for higher wages, free health care and a series of reforms in the way the giant company handles the COVID-19 crisis.

Demonstrators gathered at 2 p.m. at Will Rogers Memorial Park at 9650 Sunset Blvd. From there, they planned a roughly one-mile march to 1801 Angelo Drive at around 3 p.m., where they planned another rally at 4 p.m. featuring several speakers.

The city of Beverly Hills tweeted at 3:53 p.m. that protesters were "marching north on Benedict Canyon Drive. Traffic may be impacted. BHPD is monitoring."

The event was organized by The Congress of Essential Workers and led by Chris Smalls, a former Amazon employee in Staten Island, N.Y., who was fired in March shortly after he helped organize a work stoppage at the company's warehouse to protest what he called a lack of protective gear and hazard pay for employees.

Amazon says Smalls was fired for "violating social distancing guidelines and putting the safety of others at risk."

Organizers of Sunday's Beverly Hills rally released a long list of demands directed at Amazon and at U.S. government leaders, calling on Amazon to be "transparent and honest about the number of (COVID-19) cases they have in their facilities" and asking that buildings or locations that have positive cases be shut down, professionally sanitized, and remain closed for a minimum of 14 days with full pay for all affected employees. 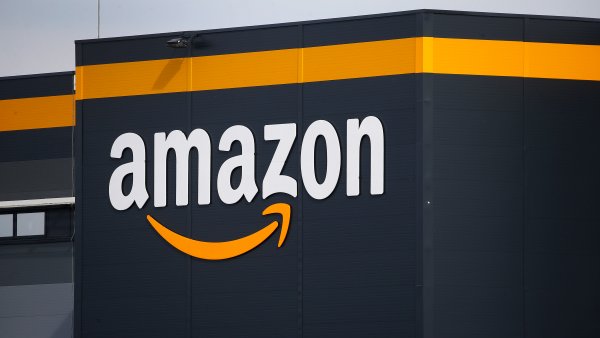 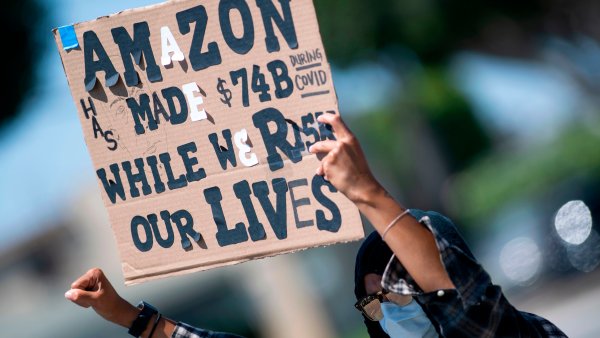 They are also calling for a $2-an-hour hazard pay increase, paid leave for employees who receive a COVID-19 test until the test results are confirmed, a "1-3% Federal Wealth Tax," and free child care and health care, among other demands.

"We demand that Jeff Bezos and the rest of the billionaire class pay their fair share to deal with the climate crisis," a TCOEW statement said. "We are calling for a decent living wage of $30/hour minimum for all Amazon employees, Medicare and childcare for all, and the right to unionize without fear of retaliation. These are just a few of the issues that we feel billionaires like Jeff Bezos, who makes nearly $4,000 a second, can absolutely help relieve or resolve."

Amazon spokesperson Maria Boschetti told City News Service that the company already offers "what unions are requesting for employees: industry- leading pay, a variety of benefits packages, and opportunities for career growth, all while working in a safe, modern work environment.

"At Amazon, these benefits and opportunities come with the job, as does the ability to communicate directly with the leadership of the company. We encourage anyone to compare our overall pay, benefits, and workplace environment to other retailers and major employers in the community and across the country," she continued.

On its website, the company lists several steps its taken for workers related to the coronavirus pandemic, including:

-- offering a special one-time "Thank You" bonus totaling over $500 million for all front-line employees and partners who were with the company throughout the month of June;

-- distribution of personal protective gear, such as masks for employees, and disinfectant spraying and temperature checks;

-- two weeks paid time off for workers diagnosed with COVID-19 in addition to their other paid and unpaid time off options;