We call on all Jewish institutions -- regardless of affiliation -- to heed the call to encourage its members to take basic steps towards becoming involved in volunteer security.

In the wake of three apparent anti-Semitic incidents in Los Angeles, in which a synagogue, a restaurant and supermarket in proximity were vandalized, the Community Security Service reiterated Sunday its urging of American Jewish leadership to prioritize security.

“We call on all Jewish institutions -- regardless of affiliation -- to heed the call to encourage its members to take basic steps towards becoming involved in volunteer security,” said Evan R. Bernstein, CEO and National Director of CSS, a New York-based organization with national reach that is dedicated to building volunteer-led security and safety teams to protect the Jewish community in cooperation with law enforcement agencies.

On Friday, security footage showed a perpetrator attempting to throw a block of concrete through the windows of a synagogue in Century City. The synagogue's windows are made of reinforced glass, and the concrete bounced away without causing significant damage. But the attempt -- on the heels of other high-profile antisemitic attacks of Jewish people in the Southland -- has raised concerns. 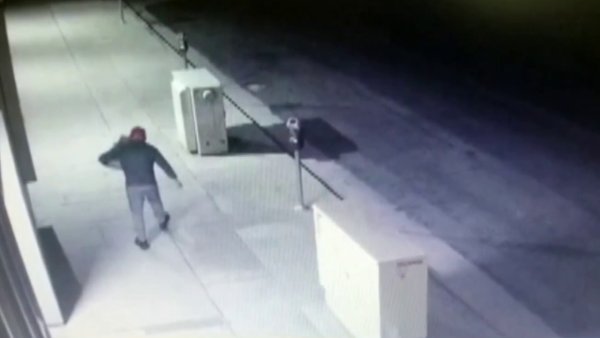 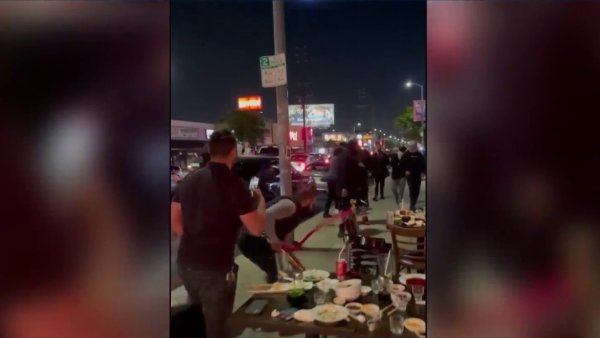 “In my 35 years as rabbi of this beautiful synagogue, I have never, ever experienced such an act perpetrated against our house of God,” said Rabbi Elazar Muskin of Young Israel of Century City.

“I've never seen such hate, public manifestation of antisemitism and hatred in the streets of our city as we're seeing today,” Muskin added. “This will not deter anyone from attending this synagogue and our mission of being an Orthodox Jewish house of worship in Los Angeles. We take our mission very seriously, and we will not be frightened by any act by anyone.”

The attempted vandalism occurred at about 1 a.m. Friday. Synagogue officials said the man first broke a window at a nearby Kosher restaurant called Pat's Next Door, then tried to do the same to the synagogue.

“These incidents show that antisemitism continues to target our community institutions,” CSS Los Angeles Volunteer Regional Manager Steven Silver said. “This is why we need to prioritize security.”

CSS officials noted that those three vandalism attacks last week came on the heels of other anti-Semitic incidents over the past few weeks in the Los Angeles metro area, including the harassment and intimidation of restaurant diners, which ensued in violent altercations, and the pursuit of a visibly identifiable Orthodox man by a caravan of anti-Israel protestors.

The conflict between Israel and the Gaza-based terrorist organization Hamas has increased conflicts throughout the United States, with several synagogues and Jewish institutions across the country being targeted, leaving many communities feeling vulnerable, CSS officials said.

“The nature and consistency of the anti-Semitic incidents that are targeting Jewish communities across the country tells us vividly that more eyes and ears on the ground are needed,” Bernstein said. “As a community, we have to take a more proactive approach by furthering the notion that security is everyone's responsibility.”