There were Rams in shirts, Rams in jerseys and jackets, and several shirtless Rams at Wednesday’s Super Bowl victory parade.

And then, there was Andrew Whitworth wearing the MVP of shirts as he waved to exuberant fans from an open-top bus along the one-mile parade route in Exposition Park

The 6-7, 330-plus pound offensive lineman was wearing a white shirt with a high school photo of a shirtless Cooper Kupp. It appears to be an image from an interview the Super Bowl MVP did with a Washington TV station.

Whitworth said someone gave him the shirt, which fit his imposing frame perfectly, along the parade route.

“This shirt right here is a little young Coop,” said Whitworth. “Somebody threw it to me on the parade. I had to put it on.”

So, who threw the shirt at Whitworth?

The shirt was one of several made by John Wolfe, a grad student at Columbia Business School. Wolfe and a friend started Shirtfaced, a custom shirt company that grew out of a class project. One of the ways they generate buzz around the shirts is by surprising pro athletes with them at events like Wednesday’s parade.

On Wednesday, Wolfe tossed shirts at Rams players in the open top bus as it passed. He said he was ecstatic when Whitworth put one on -- size XXL for the lineman.

“Near that final right-hand turn at the end of the parade, Whitworth saw me and called for a shirt,” Wolfe said in an email to NBCLA. “I was down to four shirts left. I threw three shirts one after another but they all came up short and ended up on the ground.

“(The) crowd was getting too big, so I wasn't as close to the street. I threw literally the last shirt I had on the fourth try and it landed near him on the roof of the vehicle and he picked it up.” 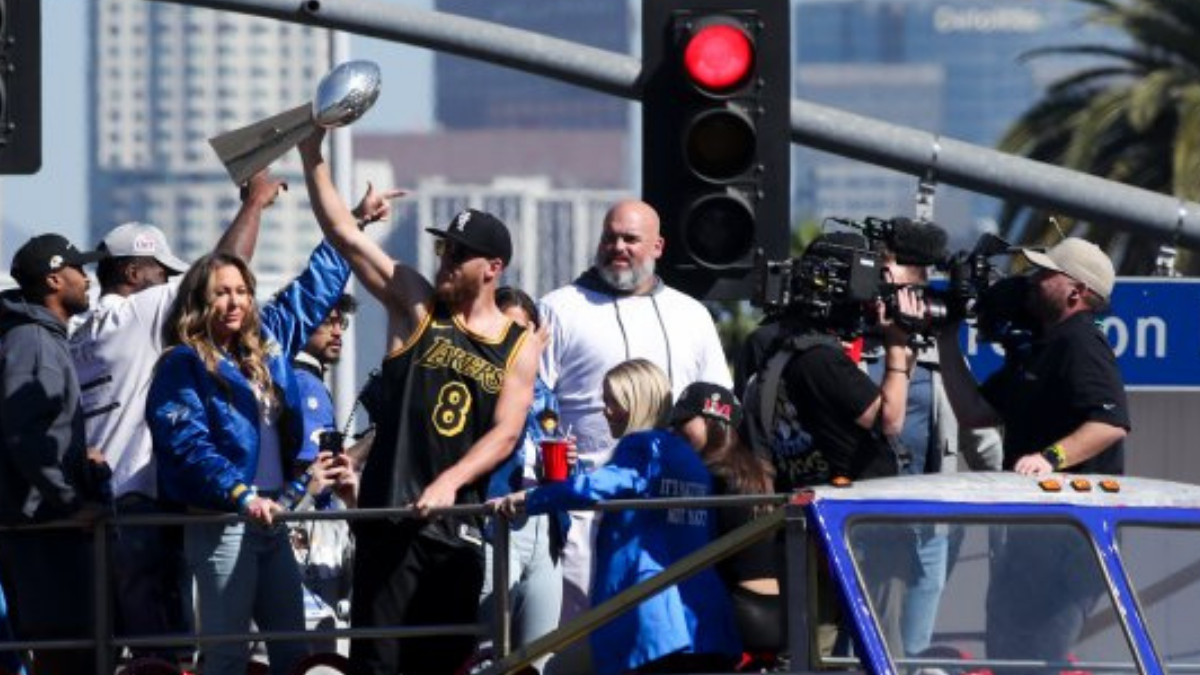 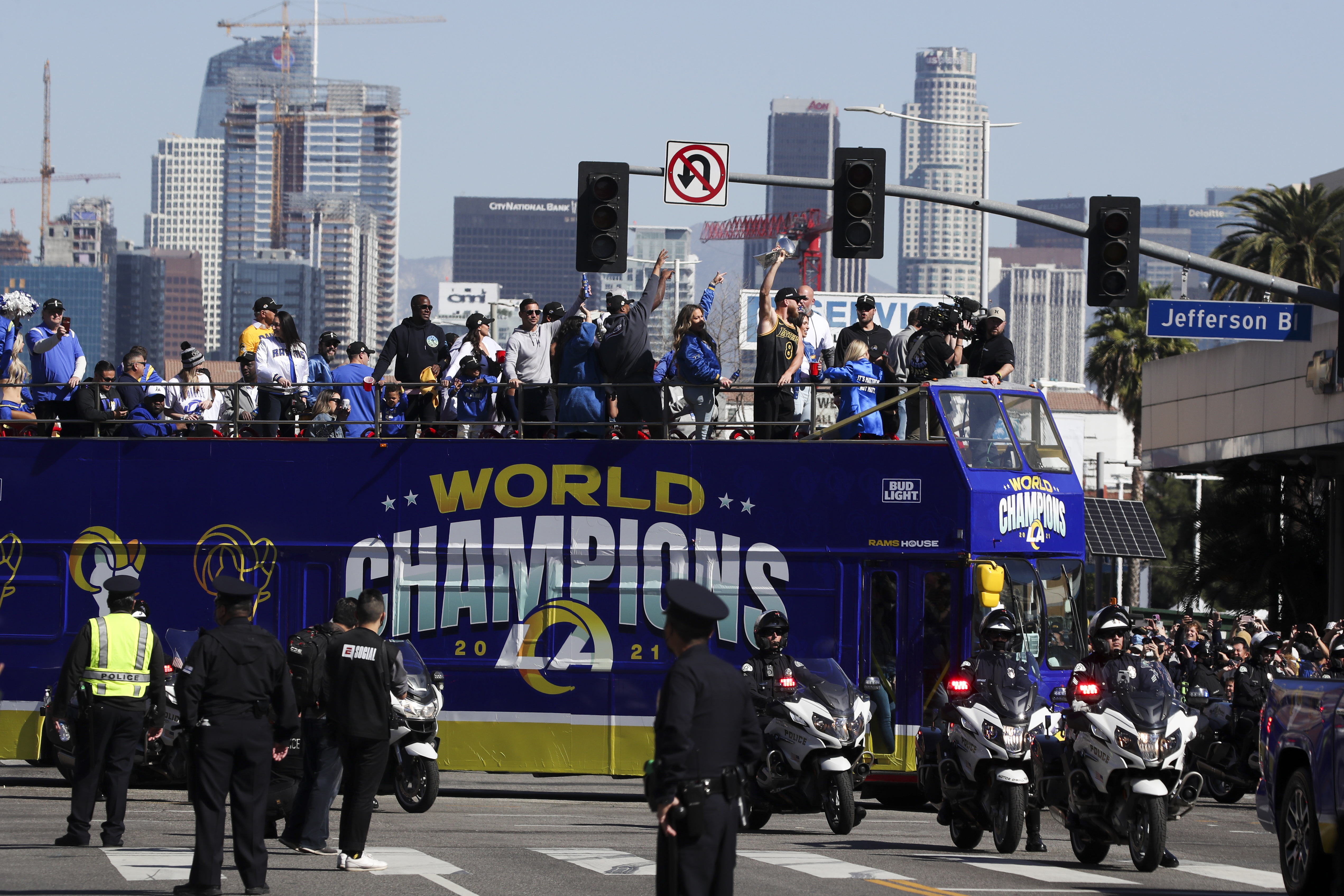 Whitworth, a team leader and the NFL’s Walter Payton Man of the Year, continued wearing the shirt along the parade route and when he spoke at the victory rally outside the Coliseum. He shared some heartfelt words about Kupp, a little-known player in high school and college who capped one of the most amazing seasons for a receiver in NFL history by catching the game winning touchdown in the Super Bowl.

“If you take the word discipline, commitment, consistency and an elite level performer and you put them together, it’s the definition of the guy standing behind me,” Whitworth said a rally following the parade in Exposition Park. “When he wakes up every day it’s the same plan, attack success. This guy wasn’t some five-star recruit out of high school. He lived it every day of his life to become who he is right now in this moment. Every kid in America, you want to know what chasing success looks like, look at this MVP.”

Whitworth also reflected on what brought him to LA. He was acquired by the Rams from Cincinnati.

“Five years ago, I was told I was a little too old,” Whitworth said. “Five years later, I’m holding this trophy up and I’m 40 years old.”

Kupp wore a statement shirt of his own at the parade and Coliseum rally -- this Kobe Bryant jersey.