An outcry from local businesses caused the city of West Hollywood to delay final approval of a controversial ban on the sale of fur apparel products within city limits.

Council members decided to table the ordinance for 30 days while they consider its impact as well as amendments including a possible exemption for vintage clothing.

The ban, which sparked anger and outrage among several local businesses, was tentatively approved Sept. 20. 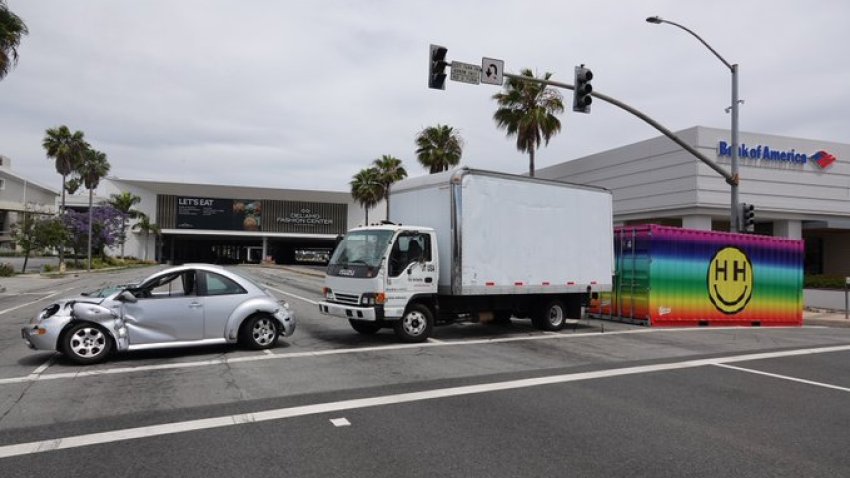 "The business community is not happy about this," said Genevieve Morrill, president and CEO of the West Hollywood Chamber of Commerce. "We feel it's arbitrary and capricious."

West Hollywood's economy could be hit hard, Morrill said, with some businesses losing as much as 15 percent of their revenue. Since fur is often associated with luxury brands, many high-end businesses may be encouraged to relocate.

West Hollywood Mayor Jeff Duran said the city decided to slow down and take more time to consider the issue because of "a very large outcry from the business community."

"We are trying to balance some contradictory principals that the city has. One is, of course, the principal that we are opposed to any form of animal cruelty; and the other is that we have a fashion district in West Hollywood that is engaged in the selling of fur," Duran said.

Merchants argue that a ban could affect their ability to take designers' full collections of apparel if some pieces were made of fur.  In addition, they say, much of the fur comes from animals that are already used for meat.

"Businesses don’t feel it’s a municipality's role to dictate what they can and can't sell as a business," Morrill said. "It's OK to sit on it but you can't wear it? What about leather?"

"Hopefully we'll be able to tailor something that's narrow and focused, and result in some sort of compromise or accommodation between those two principals," Duran said.

Mayor Pro Tempore Jeffrey Prang said the city has also been working with City Attorney Michael Jenkins to clarify the ordinance's wording and to ensure it would stand up in court if challenged.

"We're still on track," Prang said. "We discovered it’s a little more complicated than it may appear to be. We want to fully understand what the definitions are, what's included, what's excluded."

Prang said the city will be meeting with business leaders over the next 30 days to find ways to make implementing the ordinance easier and to make sure "everybody feels the process was exhaustive."

The city is scheduled to finalize a new draft of the ordinance by its first meeting in November. The ordinance could go into effect as early as Jan. 1, 2012.