Chad Goodro, 42, was identified Monday by SBSD deputies and arrested for felony hit and run.

A man has been arrested for the Oct. 19 hit-and-run death of 14-year-old Lawrence Andrews, a football player from the Apple Valley, the San Bernardino County Sheriff's Department said Tuesday.

Chad Goodro, 42, was identified Monday by SBSD deputies and arrested for felony hit and run, causing death, the department said in a release.

It happened outside of a park where families were gathered for football practice. Tony Shin reports for the NBC4 News on Wednesday, Oct. 20, 2021.

The crash happened on Tuesday Oct. 19 at about 8:11 p.m., on a stretch of Ottawa Road between Navajo Road and Manhasset Road.

The teenage boy was crossing the Apple Valley street with his step-mother and her two younger children. His step-mother, Sarah Andrews, noticed a car traveling at a high speed in their direction as they stepped into the road.

"We looked both ways, and the car was way down there," she said. "It had just turned by the stop sign. The car sped up as it got closer. I barely pulled my younger one out of the way, and I went back to reach for Lawrence, but he wasn’t there."

The driver of the car fled the scene, after travelling down the road at speeds over 60 miles per hour, according to SBSD officers.

“The car was gone before my baby even landed from the air," Sarah Andrews said. 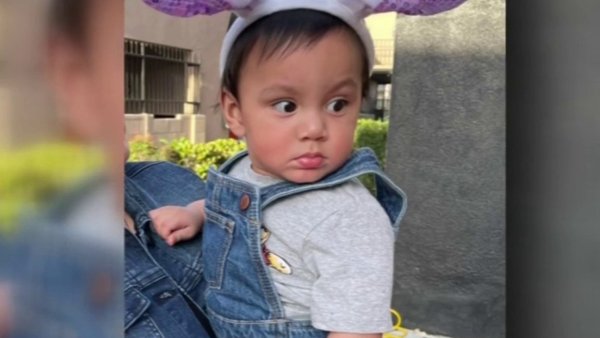 Lawrence died at the scene due to his injuries.

The teen was a running back at Apple Valley High School. His nickname was Fearless.

Goodro, an Apple Valley resident, was booked into the High Desert Detention Center on Monday, where he posted $50,000 bail.