Neighbors say the woman was walking her dog on a bike path when she was struck by a SUV traveling at high speed.

A woman walking on a Palmdale bike path Wednesday night was stuck and killed by the driver of a SUV that had been involved in a chase in what witnesses described as a terrifying crash.

Six people, identified only as two adults and four minors, in the SUV were arrested. They suffered minor injuries.

The tragic chain of events began with a pursuit involving a felony suspect considered armed and dangerous around 7:45 p.m. near Avenue S and the 14 Freeway, according to the LA County Sheriff's Department. The sheriff's department said it called off the pursuit due to high speeds.

The sheriff's department had called off pursuit of the vehicle due to high speeds before the crash occurred. Beverly White reported on NBC4 News at 11 p.m. on Wednesday, June 24, 2020. 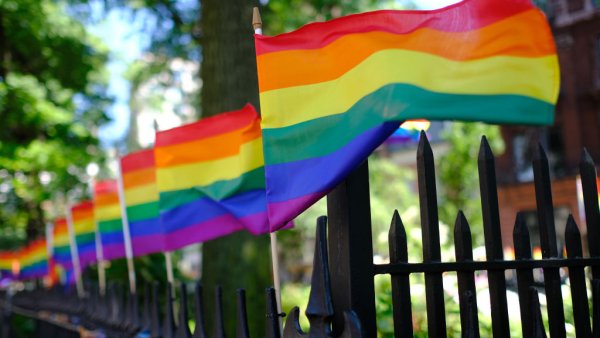 Soon after the pursuit was terminated, the SUV went on to crash into a woman who was walking in the 1200 block of East Avenue S, the department said. The woman died at the scene, described by witnesses as horrifying.

Witnesses said the car was traveling at high speed when it struck the woman, who was walking a dog that ran off. The SUV also appeared to strike a block wall.

"It's terrible," said resident Julio Martinez. "We walk here almost every day. It's a lot of people who walk up here every day."