One person died at the scene, six others required medical attention, and at least one person was trapped and had to be extricated from their vehicle.

At least nine vehicles, including two big rigs, were involved in a crash on the 5 Freeway around 8:07 a.m. on Christmas Eve.

According to the Los Angeles Fire Department, one person was declared dead at the scene of the crash, and at least six other people required medical attention.

The other three patients declined transportation to the hospital, the LAFD said.

One of the people transported to the hospital had to be extricated from their vehicle, the LAFD said.

The crash occurred on the southbound side of the 5 Freeway, near Dodger Stadium and Stadium Way in Elysian Park.

According to the CHP, preliminary investigation suggest that a 2002 Toyota Matrix was traveling southbound on the freeway when it lost control and impacted multiple vehicles.

Behind the Toyota was a big rig, which tried to avoid impacting the car. The big rig ended up crushing the Toyota between itself and the second big rig.

The driver of the Toyota is the one who died at the scene of the crash. Their age and gender is not yet known.

It is also not yet known if speed and the rain were factors in the crash, the CHP said, but they reminded the public to slow down every time it rains, and especially while people are driving home to or with their families for the holidays. 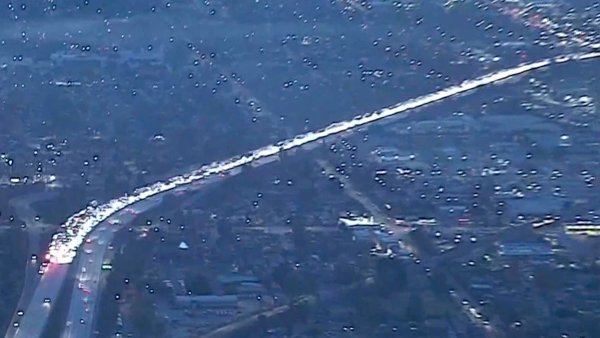 One Killed in Fiery Crash on 210 Freeway in Arcadia 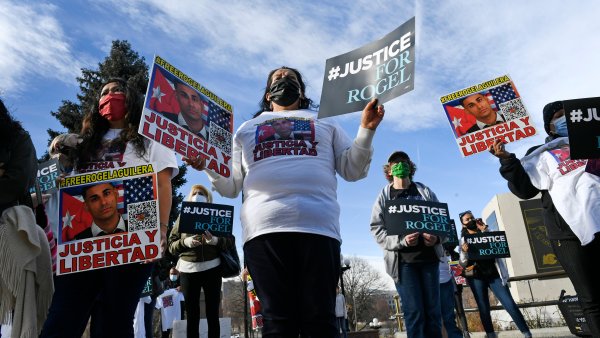 Man Struck and Killed on 210 Freeway in Pasadena

The condition of the injured and trapped people is not yet known, the LAFD said, nor is the cause of the crash.

A SigAlert was issued for three hours.