Authorities say the fraudsters usually install a pinhole camera, which is glued or taped to the outside of the ATM, and is used to capture the victim's PIN number.

Five so-called "Deep Insert Skimmer" devices were found between April 13 and April 28, according to the Ventura County Sheriff's Office, who did not reveal the location of the banks affected. 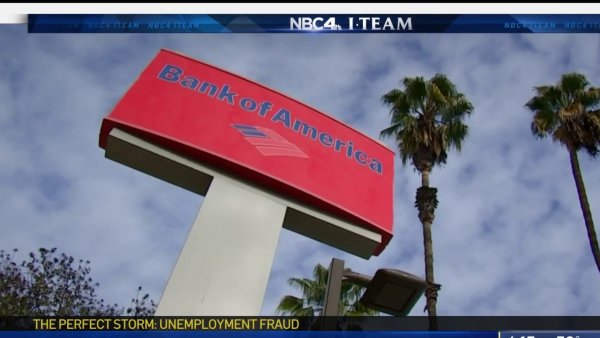 The Perfect Storm: Fraud Beyond the EDD System

The first ATM skimmer was discovered by an ATM technician inside of the of the walk-up automated teller machines, while a second was located at a bank drive-up four days later on April 17.

Three other devices were found at three separate walk-up ATMs on April 28.

A "Deep Insert Skimmer" is identified as a wafer-thin fraud device made to fit snugly inside a cash machine's card acceptance slot, which captures access card data, said the sheriff's office.

Authorities say the fraudsters usually install a pinhole camera, which is glued or taped to the outside of the ATM, and is used to capture the victim's PIN number. This, along with other data captured from the debit card, allows these criminals to make fraudulent withdrawals from a victim's account, according to the sheriff's office.

The sheriff's office released an image of the two men they say were captured on surveillance video installing one of these skimming devices. Another photograph shows an ATM skimmer and a pinhole camera removed from one of the ATMs.

Anyone with information on this case or the identity of the fraudsters are asked to call the Ventura County Sheriff's Office.

Authorities say they have seen an increase of skimmers being used in Ventura County and urge the public to take precautions, such as entering the bank to withdraw cash, or covering the key pad at the ATM with your other hand to block view of your PIN entry.