Police were called to the Burlington store at 12121 Victory Blvd., near Laurel Canyon Boulevard, at about 11:45 a.m Thursday after receiving a 911 call from a person who reported hearing shots fired and arguing inside the store, according to the LAPD.

A 14-year-old girl who was killed by a stray bullet fired by a Los Angeles police officer in a North Hollywood clothing store was identified by coroner's officials Friday.

Valentina Orellana-Peralta was shopping with her mother for a quinceanera dress and inside a dressing room when she was apparently struck by the bullet from a Los Angeles Police Department officer.

The officer who fired the shot that killed Orellana-Peralta was paced on administrative leave while the investigation is ongoing, police announced Friday. 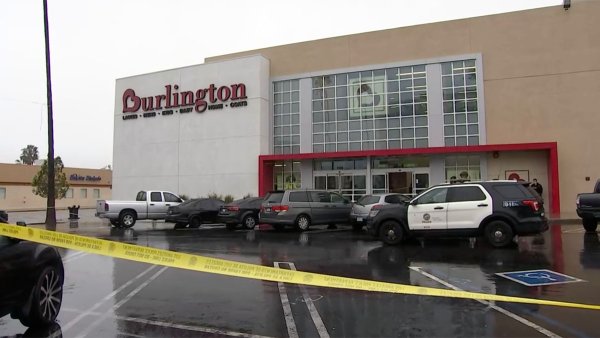 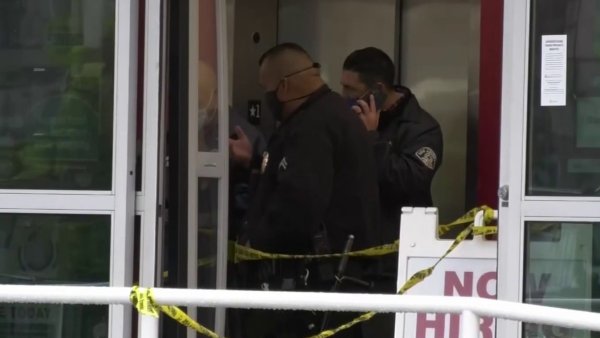 Police were called to the Burlington store at 12121 Victory Blvd., near Laurel Canyon Boulevard, at about 11:45 a.m Thursday after receiving a 911 call from a person who reported hearing shots fired and arguing inside the store, according to the LAPD.

As officers were responding to the call, the LAPD received additional reports of a possible active shooter, Capt. Stacy Spell said.

"As the officers were responding, they arrived at this location and began a search, looking for a suspect," Spell said. "While conducting that search for a suspect, the officers encountered an individual who was in the process of assaulting another and an officer-involved shooting occurred."

The suspect was fatally shot in the chest, police said. He was identified Friday by the Los Angeles County coroner's office as 24-year-old Daniel Elena Lopez, a man with a considerable criminal history.

LAPD Assistant Chief Dominic Choi said that during a subsequent search, police found a hole in a stretch of drywall that was in front of the officer or officers who opened fire at the suspect.

"We went behind it (the wall), and it turned out to be a dressing room up there," Choi said. "… We were able to locate a 14-year-old female who was found deceased in that dressing room."

Asked if the girl was shot by police, Choi said, "Preliminarily, we believe that round was an officer's round."

Choi said it was unclear whether the suspect was armed.

"We did not find a gun," he said. "However, until the coroner gets here and we do a full search of the suspect, that won't be definitive. But right now we haven't located a firearm."

Officers did find a "steel or metal cable lock, a very heavy lock," near the suspect that may have been used in the assault, Choi said.

A woman who was being assaulted by the suspect when officers arrived was taken to a hospital in unknown condition. She was seen in video footage from the scene being loaded into an ambulance, awake but bloodied.

The Los Angeles Times reported that Elena Lopez has convictions for car theft, carrying a loaded gun in public and carrying a gun as a felon.

The newspaper also reported that he was arrested in the San Fernando Valley in August 2020 and charged with domestic battery, stealing a car and recklessly fleeing the police, later pleading guilty to domestic battery and fleeing police and sentenced to two years in state prison.

A spokeswoman for the state corrections department declined to release Elena Lopez's commitment history to The Times, citing the ongoing investigation into the North Hollywood shooting.

"This chaotic incident resulting in the death of an innocent child is tragic and devastating for everyone involved," LAPD Chief Michel Moore, who was out of town with family but briefed on the shooting, said in a statement.

"I am profoundly sorry for the loss of this young girl's life and I know there are no words that can relieve the unimaginable pain for the family.

My commitment is to conduct a thorough, complete and transparent investigation into the circumstances that led up to this tragedy and provide the family and public with as much information as possible," the chief added.

Moore said he directed critical incident video from the scene to be released by Monday. The release will include 911 calls, radio transmissions, body-worn video and any surveillance video gathered.

Moore told The Times it did not appear that the officer who fired "would have known that there was anyone behind there or that he was looking at anyone other than the suspect and a wall," but said every aspect of what occurred and why would be analyzed by LAPD investigators.

The LAPD Family Liaison is working closely with the Mayor's Crisis Response Team and Councilwoman Monica Rodriguez to provide assistance to the 14year-old girl's family, a department official said.

The department's Force Investigation Division and Inspector General's Office were both on the scene investigating, Choi said.

The California Department of Justice's California Police Shooting Investigation Team for Southern California was also deployed to the shooting scene, and is continuing to investigate under provisions of a bill signed into law last year by Gov. Gavin Newsom that went into effect July 1, state Attorney General Rob Bonta announced.

"Two things I promise is to be deliberate and thorough, and to be totally transparent," Mayor Eric Garcetti said Friday. "That's what everybody deserves that we get to the bottom of what happened and share [it] with the public. It's just a horrible, horrible tragedy"

At least two Los Angeles mayoral candidates have also commented on the shooting.

"As a father, my heart breaks over Valentina Orellana-Peralta," Councilman Kevin De Leon tweeted Friday. "A daughter of LA, killed by someone tasked with keeping her safe. When something like this happens, it's on us as city leaders to take ownership -- and take responsibility for changing the course of history.

"We owe it to Valentina's family to hear the results of the city and state investigations, make the necessary changes and make sure we never lose another Angeleno this way."

Rep. Karen Bass, D-Los Angeles, tweeted late Thursday night that "It is an absolute tragedy that there will be an empty seat at this 14 year-old child's family table in two days. Everyone in this city deserves to be safe.

"I'm glad there will be an investigation and await further information regarding what happened today."