The Grammys were originally scheduled to be presented Jan. 31 at Staples Center in downtown Los Angeles, but the event was pushed back due to surging COVID-19 cases in the county.

Beyonce will carry a leading nine nominations into Sunday's pandemic-delayed presentation of the 63rd annual Grammy Awards, including record and song of the year nods for “Black Parade,” while Dua Lipa, Roddy Ricch and Taylor Swift each have six nominations.

Beyonce was left out of the other top Grammy category of album of the year.

Billie Eilish, who swept the top four Grammy categories last year -- album, record and song of the year and best new artist -- is back in the song and record categories for her hit “Everything I Wanted.”

Six-year-old Grey Skye has gained over half a million YouTube followers after a video of her dancing to Beyoncé's “My Power,” complete with choreography and matching outfit, went viral.

Eilish and Beyonce will compete for record of the year honors with Black Pumas for “Colors,” DaBaby and Roddy Ricch for “Rockstar,” Doja Cat for “Say So,” Dua Lipa for “Don't Start Now,” Post Malone for “Circles” and Megan Thee Stallion and Beyonce for “Savage.”

For song of the year, an honor that goes to the songwriter, nominees are Beyonce's “Black Parade,” Roddy Ricch's “The Box,” Swift's “Cardigan,” Post Malone's “Circles,” Dua Lipa's “Don't Start Now,” Eilish's “Everything I Wanted,” H.E.R.'s “I Can't Breathe” and JP Saxe and Julia Michaels' “If the World Was Ending.”

Vying for best new artist are Ingrid Andress, Pheobe Bridgers, Chika, Noah Cyrus, D Smoke, Doja Cat, Kaytranada and Megan Thee Stallion. The Grammys were originally scheduled to be presented Jan. 31 at Staples Center in downtown Los Angeles, but the event was pushed back due to surging COVID-19 cases in the county.

The Recording Academy reset the date for March 14 -- the same day the Screen Actors Guild Awards were already scheduled. The conflict led to a brief war of words between the Recording Academy and SAG-AFTRA, and the actors' union opted to again postpone its event, rescheduling the SAG Awards to Easter Sunday, April 4.

The Weeknd just took his beef with the Grammys to another level. Months after being shut out of music’s biggest night, which many considered a major snub, the superstar revealed that he won’t be up for future nomination consideration either. “Because of the secret committees, I will no longer allow my label to submit my music to the Grammys,” he said in a statement to The New York Times on Thursday.

The Grammys also ran into more conflict surrounding this year's show when it failed to give any nominations to singer The Weeknd, despite having one of the biggest hit albums of the past year, “After Hours.”

The singer released a statement Thursday blasting the Grammys and the Recording Academy, accusing it of maintaining “secret committees” that taint the nominations process and saying he would no longer allow his record label to submit his work for Grammy consideration in the future.

After the nominations were announced, he said the Grammys were “corrupt” and owed “transparency” to fans and the recording industry.

Speaking to Variety last week, interim Recording Academy chief Harvey Mason Jr. called the dispute “unfortunate” and “not something any of us are happy about.”

Prince Akeem and Semmi are back in the hilarious sequel to “Coming to America” which was originally released in 1988. Entertainment reporter Heather Brooker sat down with Eddie Murphy and Arsenio Hall to find out what adventures await 33 years later in “Coming 2 America.” It premieres March 5 on Amazon Prime.

As usual, the bulk of the Grammy Awards will be presented during an afternoon Premiere Ceremony beginning at noon and streaming on Grammy.com.

Jhene Aiko will host that ceremony, which will also feature a Marvin Gaye tribute performance and appearances by artists including Rufus Wainwright, Poppy and Jimmy “Duck” Holmes.

The main televised ceremony will be hosted by “The Daily Show” host and comedian Trevor Noah and based at Staples Center, although much of the event will be virtual.

The ceremony will also pay tribute to independent music venues that have been severely impacted by the pandemic, with workers such as bartenders and box office managers at clubs such as The Troubadour, The Hotel Cafe and New York's Apollo Theater serving as presenters. It will be Noah's first time hosting the awards show. 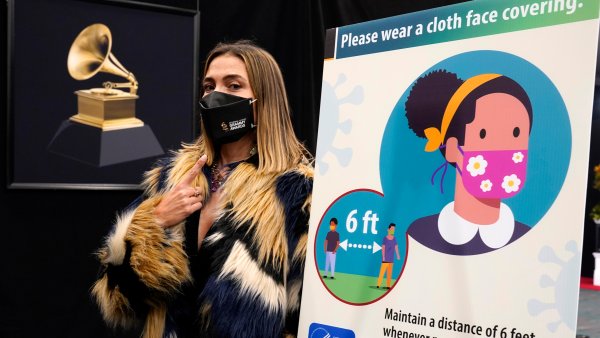 A Peek Behind the Masks, Precautions at the Pandemic Grammys 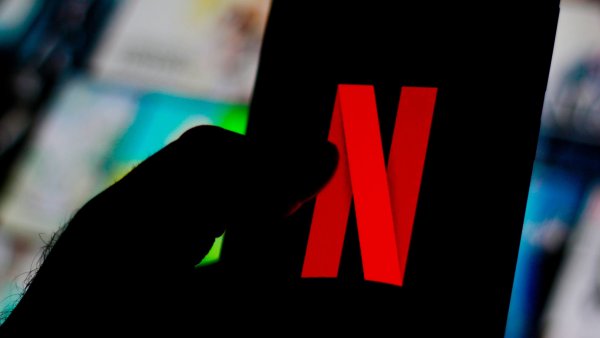 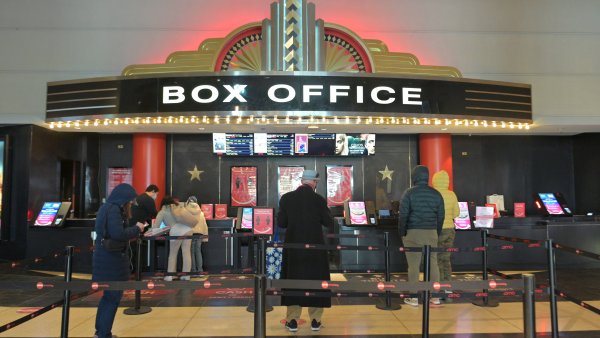 As Entertainment and Leisure Stocks Hit Records, Trader Says One Name Is Best in Breed