More than 200,000 people of Armenian descent live in Los Angeles County, making the Southland home to the largest Armenian community outside of Armenia.

Hundreds of people gathered in Beverly Hills Saturday afternoon to mark the 106th anniversary of the beginning of the mass killing of Armenians by Turkish forces during World War I, and to celebrate President Joe Biden's formal recognition of the atrocities as a genocide.

Biden became the first U.S. president to officially call the killings a genocide on Saturday, fulfilling a long lobbying effort by the Armenian- American community.

The crowd gathered near Cedars Sinai Medical Center on Wilshire and La Cienega boulevards, waving Armenian and American flags. A rally was planned at the Turkish Consulate on 8500 Wilshire Blvd. Beverly Hills police, who earlier said road closures were possible from 10 a.m. to 4 p.m. near the 8500 to 8600 block of Wilshire Boulevard, tweeted at 1:20 p.m. that Wilshire Boulevard was temporarily closed in both directions from La Cienega to Stanley Drive.

Another crowd numbering in the hundreds gathered on Hollywood Boulevard near Western Avenue in Hollywood.

More than 200,000 people of Armenian descent live in Los Angeles County, making the Southland home to the largest Armenian community outside of Armenia.

Later Saturday, Glendale planned to host its 20th annual Armenian Genocide Commemoration Event in a virtual format. The ceremony will be livestreamed at 7 p.m. on the city's Facebook and Instagram pages, as well as its YouTube channel.

“Each year on this day, we remember the lives of all those who died in the Ottoman-era Armenian genocide and recommit ourselves to preventing such an atrocity from ever again occurring,” Biden said in an official White House statement.  “Beginning on April 24, 1915, with the arrest of Armenian intellectuals and community leaders in Constantinople by Ottoman authorities, one and a half million Armenians were deported, massacred, or marched to their deaths in a campaign of extermination.  We honor the victims of the Meds Yeghern so that the horrors of what happened are never lost to history. And we remember so that we remain ever-vigilant against the corrosive influence of hate in all its forms.

“Of those who survived, most were forced to find new homes and new lives around the world, including in the United States. With strength and resilience, the Armenian people survived and rebuilt their community. Over the decades Armenian immigrants have enriched the United States in countless ways, but they have never forgotten the tragic history that brought so many of their ancestors to our shores. We honor their story. We see that pain. We affirm the history. We do this not to cast blame but to ensure that what happened is never repeated,”  the statement continued.

“Today, as we mourn what was lost, let us also turn our eyes to the future -- toward the world that we wish to build for our children. A world unstained by the daily evils of bigotry and intolerance, where human rights are respected, and where all people are able to pursue their lives in dignity and security. Let us renew our shared resolve to prevent future atrocities from occurring anywhere in the world. And let us pursue healing and reconciliation for all the people of the world.”

“The American people honor all those Armenians who perished in the genocide that began 106 years ago today.”

A group of activists gathered outside City Hall Friday after 16-year-old Ma’Khia Bryant was shot and killed by a police officer earlier in the week.

Turkey has refused to recognize the killings of 1.5 million Armenians beginning in 1915 as a genocide. Americans presidents have also declined to do so, calling the deaths at the hands of the Ottoman Empire an atrocity, but not a genocide.

While the genocide has been chronicled by historians, who often view it as having been ethnic cleansing, Turkey has denied it occurred, saying the deaths of Armenians was a function of the chaos of World War I, which also claimed Turkish lives.

For the next few days, COVID-19 vaccines are available to people who live or work in LA County with no appointment necessary. Kathy Vara reports for NBC4 News at 5 p.m. on April 23, 2021.

"Turkey vehemently rejects today's statement by the President of the U.S., which lacks scholarly and legal basis,'' Oguz said in a statement provided to City News Service. "'Genocide' is a specific crime, not a generic term, defined by international law. None of the conditions defined by the international law have been met that would warrant the use of `genocide' concerning the events of 1915. Today's statement will hurt our bilateral relations and undermine dialogue efforts for peace and stability in the region."

"We reject and denounce in the strongest terms the statement of the President of the US regarding the events of 1915 made under the pressure of radical Armenian circles and anti-Turkey groups on 24 April. It is clear that the said statement does not have a scholarly and legal basis, nor is it supported by any evidence. With regards to the events of 1915, none of the conditions required for the use of the term `genocide' that is strictly defined in international law are met,'' Turkey's Ministry of Foreign Affairs said.

"The nature of the events of 1915 does not change according to the current political motives of the politicians or domestic political considerations. Such an attitude serves only a vulgar distortion of history.

"The European Court of Human Rights has clearly confirmed the controversial nature of the events of 1915. Moreover, in 2005 Turkey proposed to Armenian side to establish a Joint History Commission in order to reach a just memory in the light of historical facts of that period. Although Armenia has never responded to this proposal, it is still on the table. In this respect, the statement made by the President of the US, who is neither legally nor morally authorized to judge historical matters, has no value.

"...On this occasion, we once again commemorate the cherished memories of the individuals from all the Muslim, Christian and Jewish communities of the Ottoman Empire, who lost their lives under the extraordinary conditions of the period before and during the First World War.''

“For Armenian-Americans and everyone who believes in human rights and the truth, today marks an historic milestone: President Biden has defied Turkish threats and recognized the slaughter of 1.5 million Armenians for what it was -- the first genocide of the 20th Century. In so doing, he has cast aside decades of shameful silence and half-truths, and the broken promises of so many of his predecessors, and spoken truth to power,” said Rep. Adam Schiff, D-Burbank.

“This is a momentous day for thousands upon thousands of my Armenian- American constituents who have been working, advocating, and praying for recognition for their entire lives -- and I am heartened that this announcement comes at a time when there are still some genocide survivors alive to witness it, though their numbers are very small. ... As we commemorate the 106th anniversary of the Armenian Genocide, we can now do so now, secure in the knowledge that our nation, both the President and the Congress, speak with one voice.”

Los Angeles Mayor Eric Garcetti tweeted a video in which he said Biden "made history, becoming the first U.S. president to speak the truth, acknowledge the dark realities of the past and recognize the undeniable fact of the Armenian genocide."

CDC said that the rare cases did not outweigh the benefit of having the vaccine available. Patrick Healy reported on NBC4 News on Friday, April 23, 2021.

“We have a moral obligation to condemn all genocides and hold perpetrators accountable. Today is an important step towards achieving justice for the Armenian Genocide and condemning the continued aggression by Turkey against the Armenian people. I am proud of and grateful to President Biden for his leadership and appropriate remarks. And extremely thankful for the tireless activists and advocates in the 25th Senate District and across the diaspora who have diligently pushed for genocide recognition to make this moment possible.'' 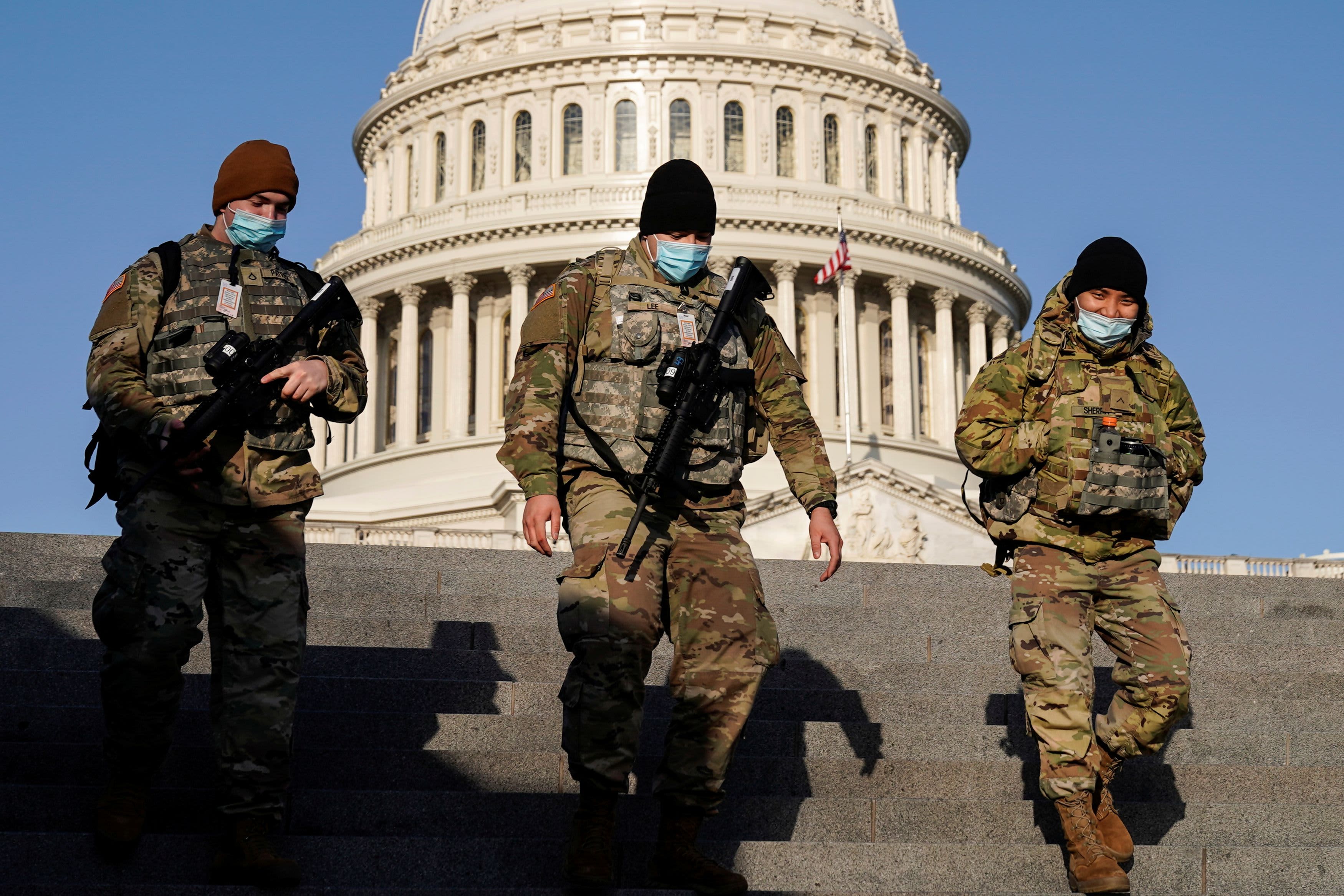 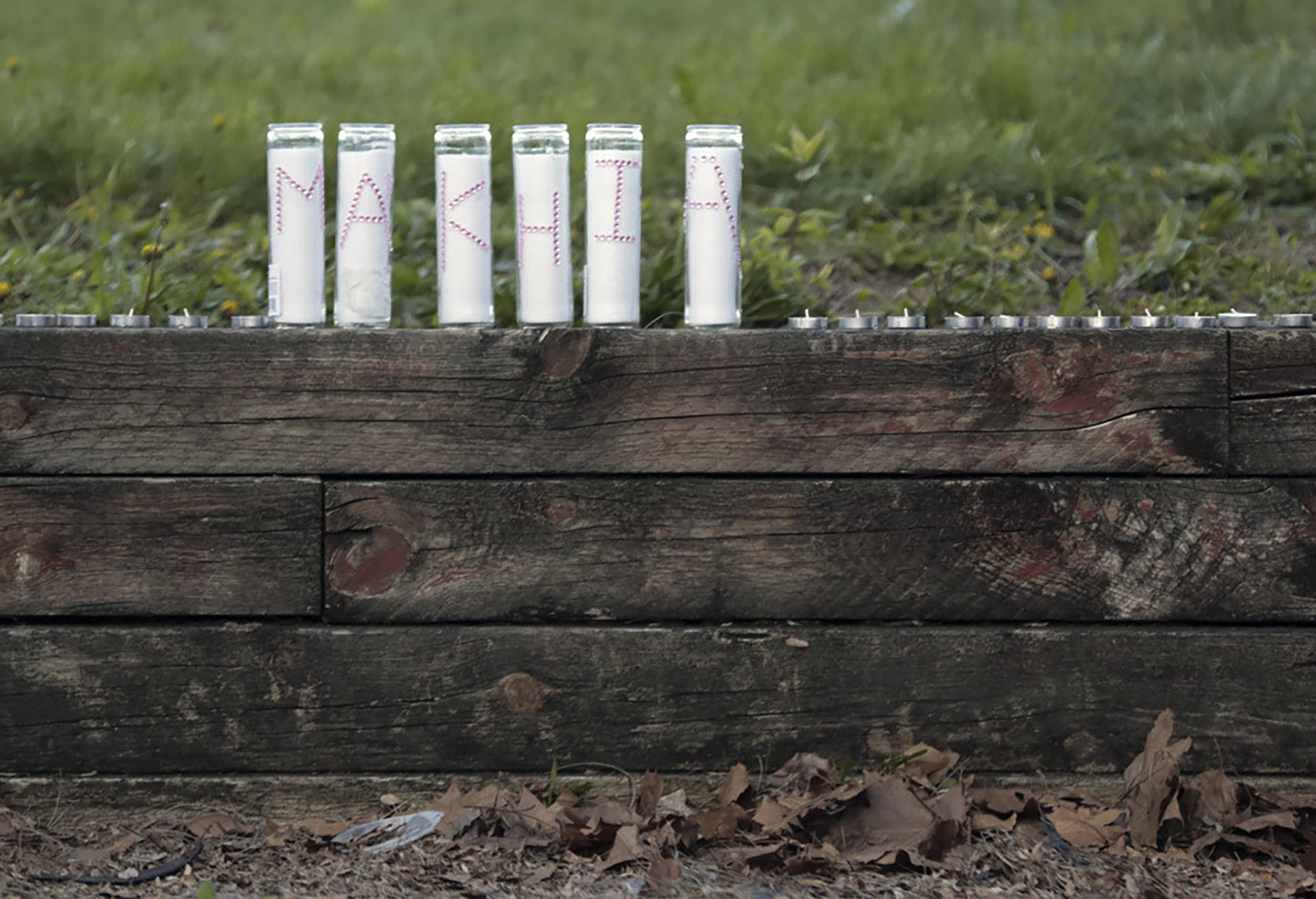 1 Verdict, Then 6 Police Killings Across America in 24 Hours

Other lawmakers joined in the praise too, with Rep. Ted Lieu, D-Los Angeles, tweeting: "Grateful to @POTUS for officially recognizing the Armenian Genocide. By recognizing historical facts, President Biden is sending a signal to the world that truth and human rights are at the forefront of United States foreign policy.''

"Today, on Armenian Remembrance Day, I applaud President Biden's decision to officially recognize the 1.5 million Armenians who were killed, mistreated and deported during World War I as genocide. America's global leadership must be firmly based in our values as a people, and foremost among those values is our commitment to the advancement of human rights.

"... As a senator representing California, I'm proud to represent the largest population of Armenian Americans in the United States. I commend President Biden for acknowledging this genocide and I stand with him in support of the Armenian community."