A billboard has gone up in Pico Rivera to call attention to the recent slaughterhouse escape of 41 cows that ended with 38 of the animals captured and killed for meat, one fatally shot by a sheriff's deputy and two donated to a sanctuary.

Messages to "Remember The Pico Rivera 41" and "Save Animals" are displayed prominently on the billboard, which is located on the corner of Beverly Boulevard and Di Maria Road, near the Manning Beef facility.

"These cows and animals like them want to live like we do. The connection needs to be made that it is not 'what' people are eating, it is 'who' they are eating," said Ellen Dent, co-founder of Animal Alliance Network, the nonprofit organization that came up with the idea and secured the billboard.

"After personally visiting the slaughterhouse many times while advocating for the cows to be saved, I knew that this was a pivotal moment in time that had the ability to inspire significant change," Dent said.

Several other animal welfare and vegan organizations also got involved, including Peace 4 Animals and World Animal News, which helped design and sponsor the ad.

The billboard features June B. Free, one of the surviving cows who escaped the slaughterhouse and now calls Farm Sanctuary home. The other was named Susan. Both names were chosen in honor of Farm Sanctuary donors. 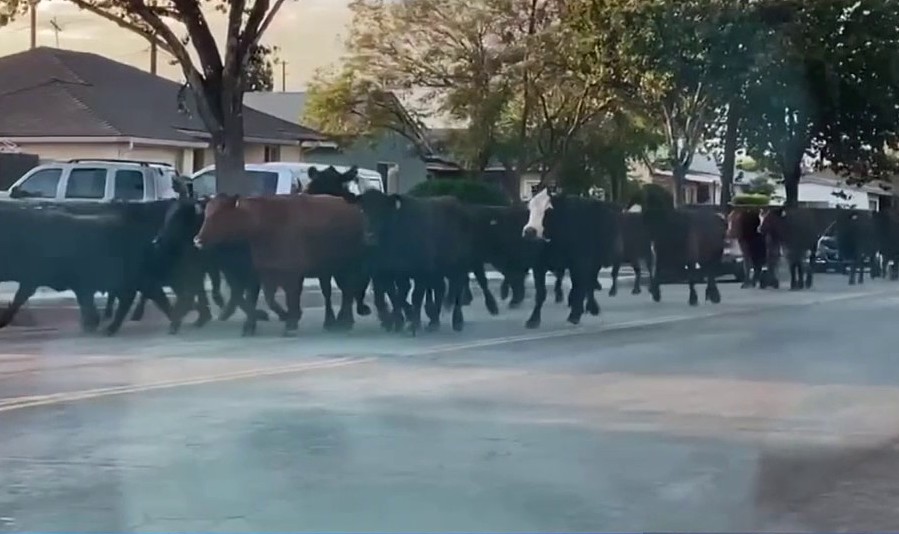 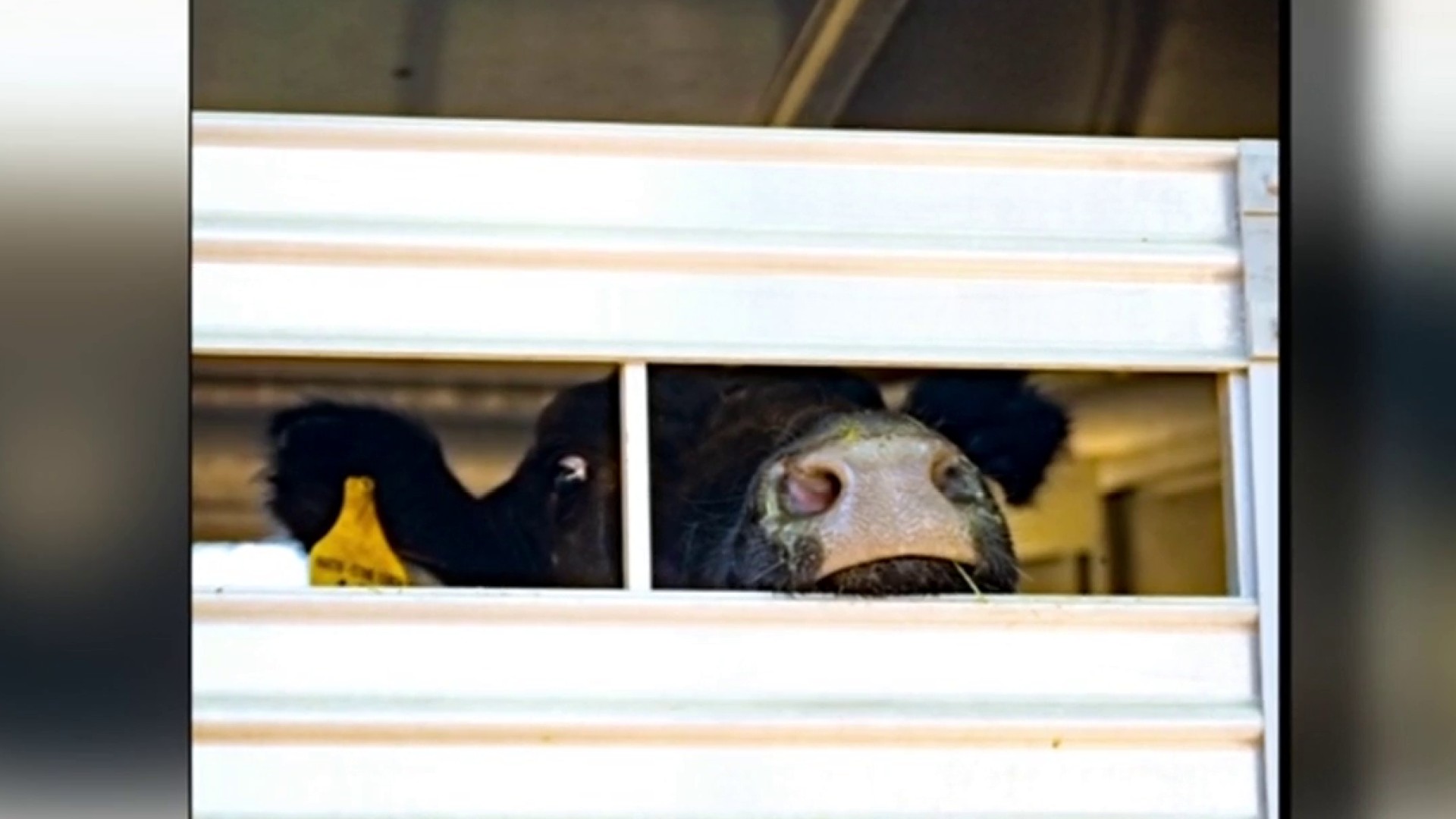 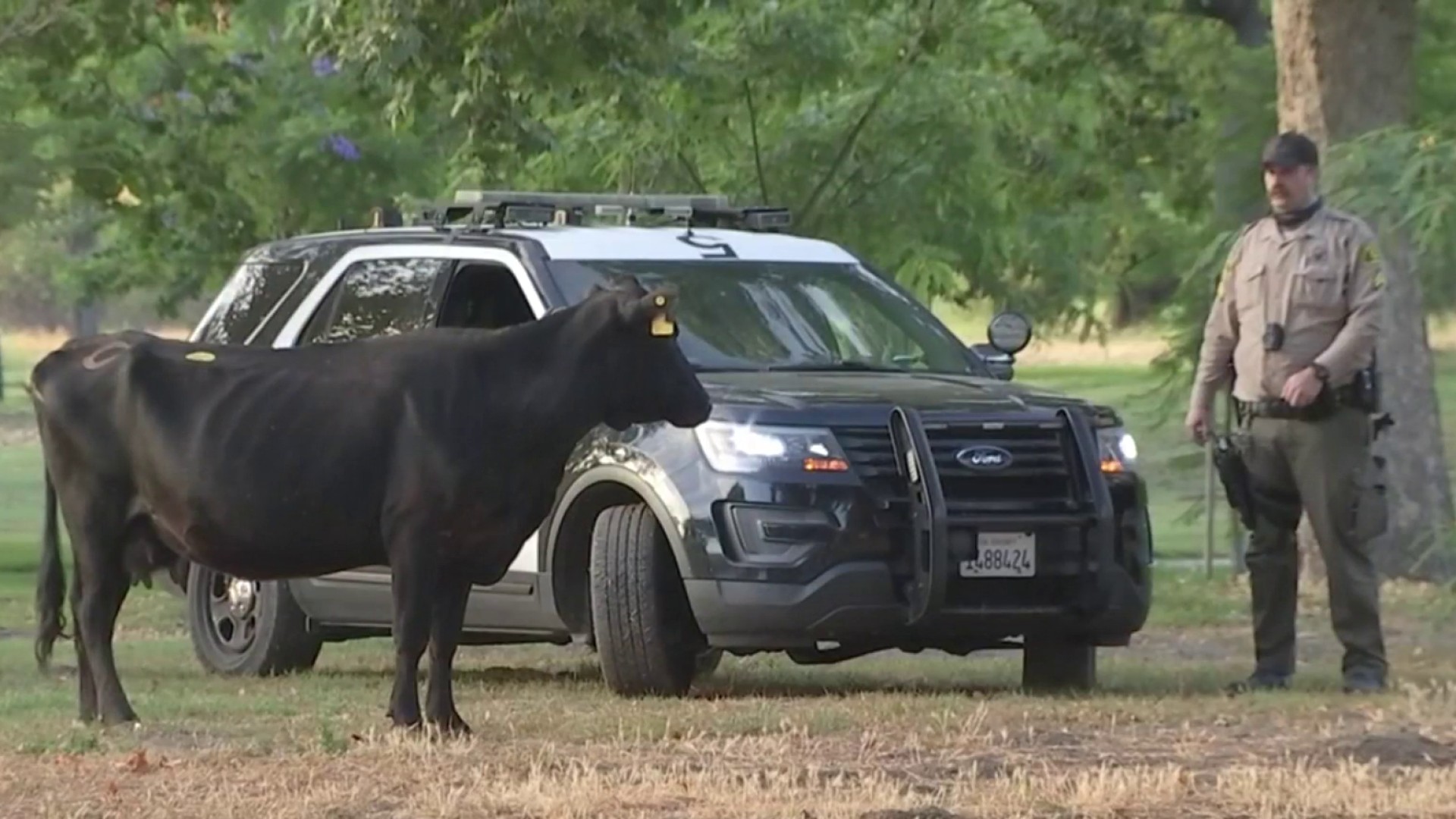 Push Made to Save Escaped Cows

"Taking action to save the lives of animals is the most important thing that we can do to create change," said Katie Cleary, founder and president of Peace 4 Animals and World Animal News. "This billboard serves as a reminder that animals are sentient beings that should be treated with compassion and respect. With so many delicious plant-based food options now available, there is simply no justification for cows, or any animals, to be senselessly slaughtered for their meat."

The animals escaped on June 22 when an employee mistakenly left a door open. They stampeded through residential streets, causing some property damage. One cow was killed by a sheriff's deputy after charging at a family, and one was recovered two days later in South El Monte, about five miles away, and donated to Farm Sanctuary in Acton thanks to the efforts of famed songwriter Diane Warren and the group Animal Alliance Network.

"Seeing these cows escaping their horrible fate broke my heart," Warren said then. "They knew what awaited them. These are smart, empathetic, beautiful souls."

Eight days after the original escape, the last of the cows was spotted running under the Pomona (60) Freeway in South El Monte. She was captured later in the day in La Puente and also donated to Farm Sanctuary.

"They are settling in well as they go through a routine 30-day quarantine period to ensure that they are healthy. Afterwards, they'll join our main cow herd in Acton where they'll be able to form bonds with our other rescued cow residents," she said.

"Susan continues to recover from an acute injury and June is still standing guard over her. They keep an eye on our staff, but are no longer displaying the fear-based response, typical of animals rescued from the trauma of the animal agriculture industry, of stomping hooves or throwing dirt behind them," Turner-Smith said. "They are eating a lot of food and drinking lots of water. Like all animals, June and Susan wanted to live — and they fought hard for that right. Now, instead of waking up to the sounds and smells of a slaughterhouse, they'll only know the peace and freedom of sanctuary."