Board of Supervisors Seek to Impeach Sheriff Alex Villanueva

Supervisors Mark Ridley-Thomas and Sheila Kuehl have recommended that the board round up its lawyers, inspector general, civilian oversight commissioners and acting CEO to look at options for removing or impeaching the sheriff.

The Los Angeles County Board of Supervisors is set to consider on Tuesday how it might oust Sheriff Alex Villanueva from his post before voters have a chance to do so in 2022.

Supervisors Mark Ridley-Thomas and Sheila Kuehl have recommended that the board round up its lawyers, inspector general, civilian oversight commissioners and acting CEO to look at options for removing or impeaching the sheriff.

“Under the current sheriff, hard-fought vital progress is being undone, and community trust is rapidly eroding,” their motion states. “While the board has been able to navigate challenging times with previous sheriffs, this sheriff's actions demonstrate the dire need to explore options for removing a sheriff who refuses oversight or, at a minimum, mitigating damages caused by unacceptable behavior.”

It should not be a surprise to anyone following county politics that the Board of Supervisors is frustrated with the sheriff, as Villanueva and even the staunchest defenders of law enforcement on the board have been in a battle for months about a host of issues ranging from his budget to deputy cliques.

The board has sued the sheriff in order to insist that a deputy terminated for misconduct not be reinstated by Villanueva. The sheriff has sued the inspector general, accusing his staff of illegally accessing department documents. 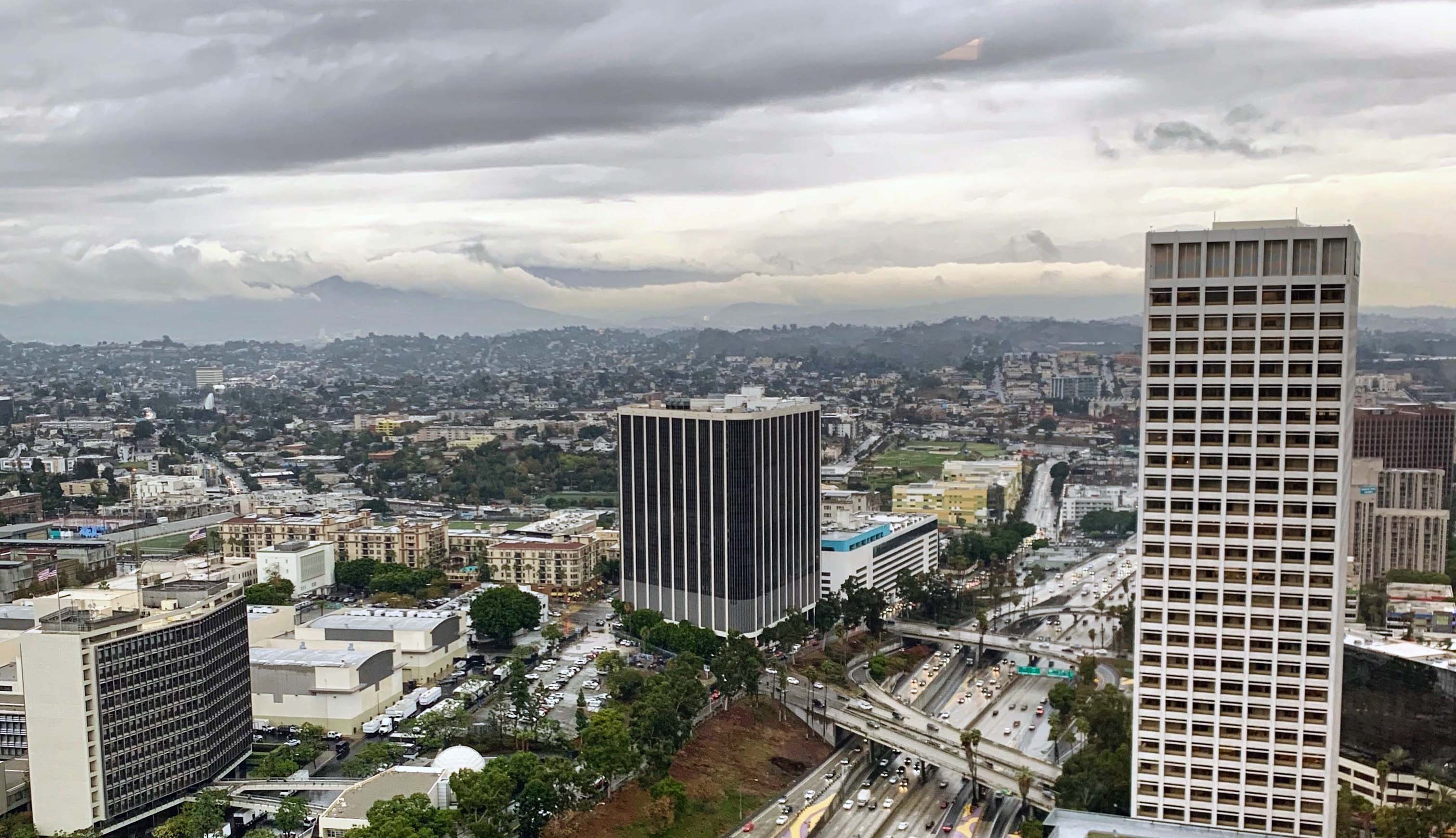 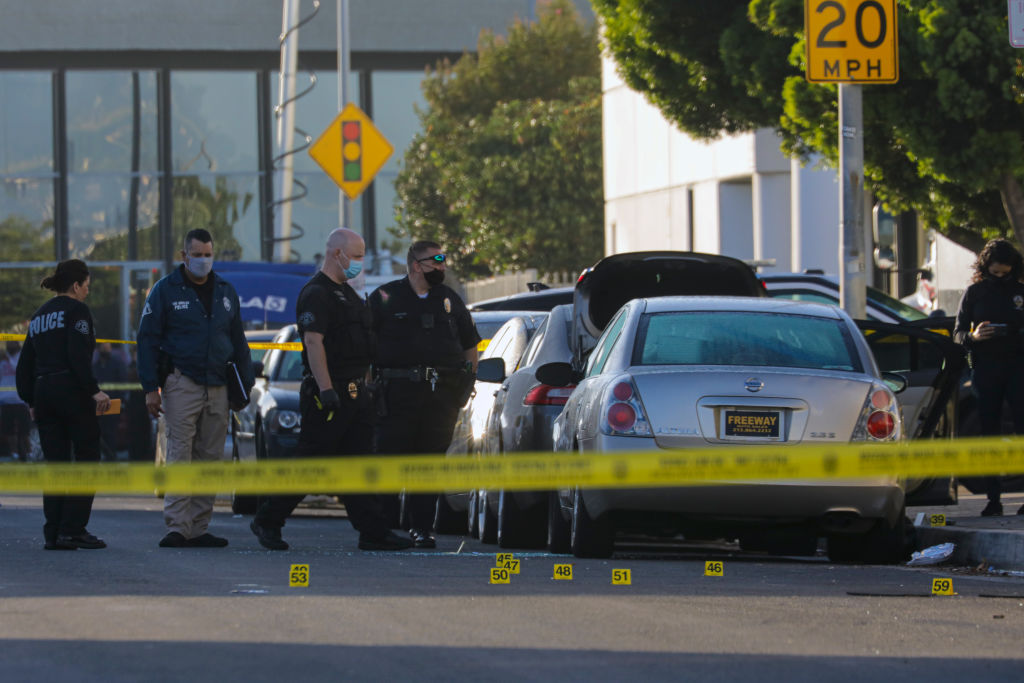 Murders in Los Angeles Increased By 20% Vs. 2019, According to Report

As the board prepares to vote on the Ridley-Thomas/Kuehl motion, it is also scheduled to consider others that highlight its broken working relationship with the sheriff. One motion seeks an investigation by the inspector general into the recent shooting of a patient by a deputy at Harbor- UCLA Medical Center. Another calls for the release of body-cam footage and a coroner's inquest into the fatal deputy shooting of 25-year-old Fred Williams in South Los Angeles earlier this month. The sheriff's department says Williams was armed with a gun, which he pointed at the deputy before the deputy shot him.

The board -- or at least some of its members -- seems prepared to set the stakes of its disagreements with the sheriff higher now, considering changes that would extend beyond Villanueva's term. Ridley-Thomas and Kuehl's motion anticipates asking the workgroup to determine the full scope of legal changes, including amending the state constitution, that would be required to move to an appointed, rather than elected sheriff.

Other possibilities to be considered include pulling some of Villanueva's responsibilities and appointing a county police chief. The motion points to the fact that the city of Los Angeles has an appointed chief, rather than relying on an elected post.

“With an elected sheriff, the county has had to maneuver different ways to create checks and balances on the sheriff,” the motion states.

“However, it has become increasingly clear that the sheriff's blatant disregard for transparency and accountability requires a more forceful response.”

The board motion comes after the civilian oversight commission called for the sheriff's resignation, unanimously approving a resolution concluding that it had “lost confidence in Sheriff Villanueva's ability to effectively govern the sheriff's department and should resign immediately.”

In advance of the final vote on that resolution, Villanueva dismissed the commission as a political tool -- though it was instituted in response to jail violence that predated his tenure -- and accused the group of punishing him for investigating potential corruption.

“It is becoming painfully obvious this commission is acting in retaliation against the sheriff for his efforts in investigating potential criminal conduct from county officials and for challenging the legality of subpoenaing the sheriff himself versus the LASD,” Villanueva wrote in a statement posted to the department website. “The sheriff will remain focused on serving the residents of Los Angeles County.”

In making the argument for taking more drastic action, Ridley-Thomas and Kuehl highlight what they characterize as Villanueva's “inability to balance the LASD budget,” pointing to his unilateral moves to cut youth programs and eliminate the parks services bureau, actions that have also drawn criticism from the deputies union.

For his part, the sheriff has said the board has forced him into the position of cutting programs to protect the most important elements of public safety. He has long accused the board of failing to give him a chance to succeed, pointing to their endorsement of his opponent as evidence of their alleged animosity toward him, and gone directly to the public in making his case.

In an Oct. 16 letter posted on his department's website and titled “The Truth About LASD,” Villanueva laid out his accomplishments as sheriff, including a moratorium on ICE transfers without a judicial warrant and hiring a more diverse workforce. He pushed back against those who think he hasn't done enough to eradicate deputy cliques, saying he has terminated 68 employees and supported criminal charges against 15 individuals in connection with related misconduct.

“In closing, I will say to those members of the political establishment who wish to lead the charge and demand my resignation, let's start working together to build a brighter future for all,” Villanueva wrote.

“To that end, I will continue to maintain laser-focused on serving the community and would love to be joined by the Board of Supervisors in better serving our communities.”