The U.S. Forest Service estimates that the fire will not be contained until Oct. 15.

Fire crews have achieved 6% containment near the eastern edge of the 23,890-acre Bobcat Fire burning in the Angeles National Forest Thursday night, according to the U.S. Forest Service. Six San Gabriel Valley foothill communities were under an evacuation warning.

The U.S. Forest Service estimates that the fire -- which broke out at midday Sunday near the Cogswell Dam and West Fork Day Use area -- will not be contained until Oct. 15.

On Thursday morning, the fire was moving in a northeasterly direction, and more than 530 firefighters were working to extinguish the flames, according to the Forest Service. No structural damage or injuries have been reported.

Firefighters focused Wednesday "on the southern area of the fire to take advantage of the favorable wind direction and protect foothill communities,'' according to a statement from the U.S. Forest Service, which added offshore winds pushed the fire east and across Highway 39.

Air tankers, including a DC-10, "were able to make several drops of fire retardant on the southwest portion of the fire to reinforce and strengthen previously applied fire lines. Several more resources arrived at the fire late (Wednesday), including a sky crane helicopter and two more hotshot crews,'' the Forest Service said. A total of 652 personnel were assigned to the fire. 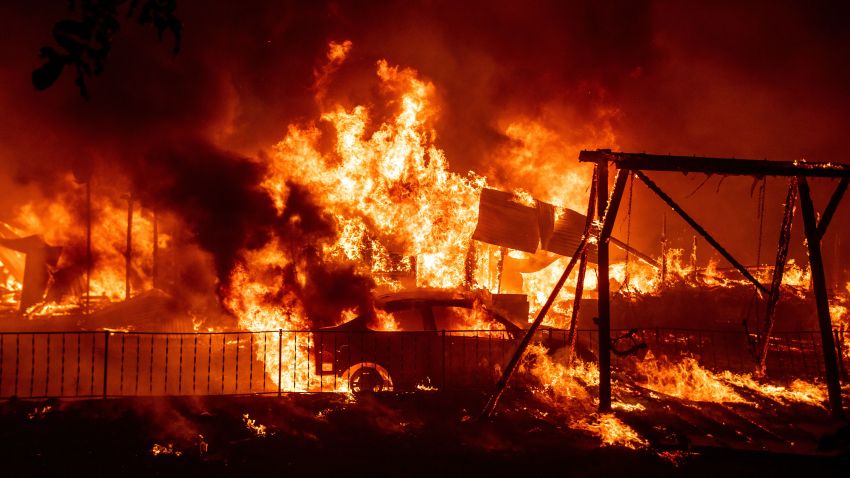 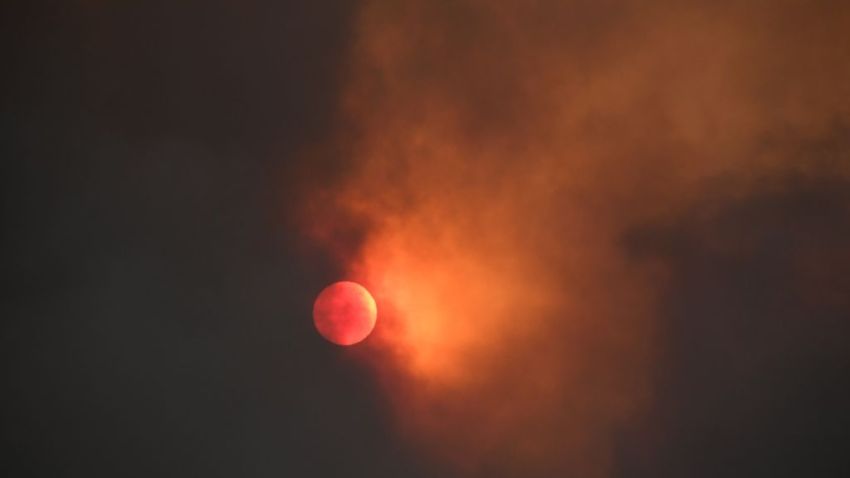 Winds were expected to blow about 5-15 mph on Thursday, with gusts up to 25 mph, the National Weather Service reported.

Shortly before 5:30 p.m. Wednesday, evacuation warnings were lifted for Arcadia residents north of Foothill Boulevard and east of Santa Anita, and the city said "the fire has generally progressed away from'' Arcadia.

Santa Ana winds are threatening to send the Bobcat Fire toward homes. Mekahlo Medina reports for Today in LA at 6 a.m. on Wednesday, Sept. 9, 2020.

Evacuations were previously ordered for residents and Angeles National Forest visitors from Big Santa Anita Canyon, Mt. Wilson, San Gabriel Canyon and Monrovia Canyon, but by Wednesday evening no evacuation orders were in effect, according to the U.S. Forest Service.

A smoke advisory was extended through Friday for most of Los Angeles County and parts of Orange, Riverside and San Bernardino counties.

It's smoky and hazy outside as wildfires continue to burn across California. Belen De Leon has your First Alert forecast for Thursday, Sept. 10, 2020.

The Red Cross established a temporary evacuation point Tuesday at Santa Anita Park for anyone affected by the Bobcat Fire.

Shelter for large animals was available at Fairplex in Pomona and Santa Anita Park. Anyone needing to board their horses at Fairplex should call Fairplex Security at 909-865-4600. Trailers should enter the grounds at Gate 12 at 2201 White Ave., Fairplex director of communications Renee Hernandez said.

Several communities are under evacuation warnings as the fire burns in Angeles National Forest. Beverly White reported on NBC4 News at 11 p.m. on Tuesday, Sept. 8, 2020.

Owners will need to provide food, water and bedding for horses and must adhere to social distancing protocols and wear masks. Fairplex has enough stables to board 300 horses, and stables are spaced to assist with social distancing, Hernandez said.

The Angeles National Forest, along with all 18 national forests in California, will be closed until further notice, the U.S. Forest Service said in a news release Wednesday.

"The wildfire situation throughout California is dangerous and must be taken seriously,'' Randy Moore, regional forester for the Pacific Southwest Region, said Monday.

"Existing fires are displaying extreme fire behavior, new fire starts are likely, weather conditions are worsening, and we simply do not have enough resources to fully fight and contain every fire."