Firefighters were investigating reports of multiple structures damaged or destroyed in the blaze, OCFA Capt. Thanh Nguyen said. “We know a number of houses were damaged, potentially destroyed,” Fennessy said.

A wind-driven brush fire in Silverado Canyon sparked by a house fire has burned 7,375 acres and was 40% contained Saturday morning, and a community meeting was planned for later in the day for residents still under evacuation orders in the Modjeska, Silverado and Williams Canyon areas.

Voluntary evacuations remained in effect for the following areas:

Evacuees were strongly encouraged to stay with family or friends or in a hotel, according to the Orange County Fire Authority. “Due to COVID-19, no congregate shelter is offered,” the authority tweeted.

Power shutoffs in Silverado Canyon could have played a role in starting the Bond Fire. Vikki Vargas reports for NBC4 News at 5 p.m. on Dec. 4, 2020.

A temporary Orange County Red Cross evacuation point at Santiago Community College was later replaced by one at El Modena High School, also in Orange. Officials have also opened another Red Cross evacuation point at El Toro High School in Lake Forest. OCFA Chief Brian Fennessy urged residents to be prepared to move when necessary to clear the way for firefighters to battle the blaze.

“Even if you don't see smoke... If you have a concern the flames are a little bit too close, that's enough to have your belongings prepared to evacuate,” Fennessy said. “You don't have to wait for us to call.”

Authorities are also concerned about a number of power poles and lines felled by the gusts in the area that could also delay residents from re- entering their homes. Two firefighters were injured battling the blaze. They work for the U.S. Forest Service, assigned to the Cleveland National Forest. They were released from a hospital Thursday night, according to the agency. One was treated for a leg injury and the other sustained minor bruises, according to the Cleveland National Forest Service.

A total of 1,560 firefighters were assigned to the blaze along with 11 helicopters, according to the OCFA. Firefighters continued to mop up hot spots and improve containment lines on Friday, aided by diminished winds.

Orange County Sheriff Don Barnes said about 60 deputies have been deployed to assist with evacuations, traffic control and security in evacuated areas. All the department's deputies are on 12-hour shifts, he said. “All days off are canceled to bring in all resources,” Barnes said.

Firefighters were investigating reports of multiple structures damaged or destroyed in the blaze, OCFA Capt. Thanh Nguyen said. “We know a number of houses were damaged, potentially destroyed,” Fennessy said. “We just don't have the details.”

OCFA personnel responded to the 29400 block of Silverado Canyon Drive at about 10:15 p.m. Wednesday. The blaze is in the same area as the Silverado Fire in October, but there's still plenty of brush to fuel the flames now, Nguyen said. 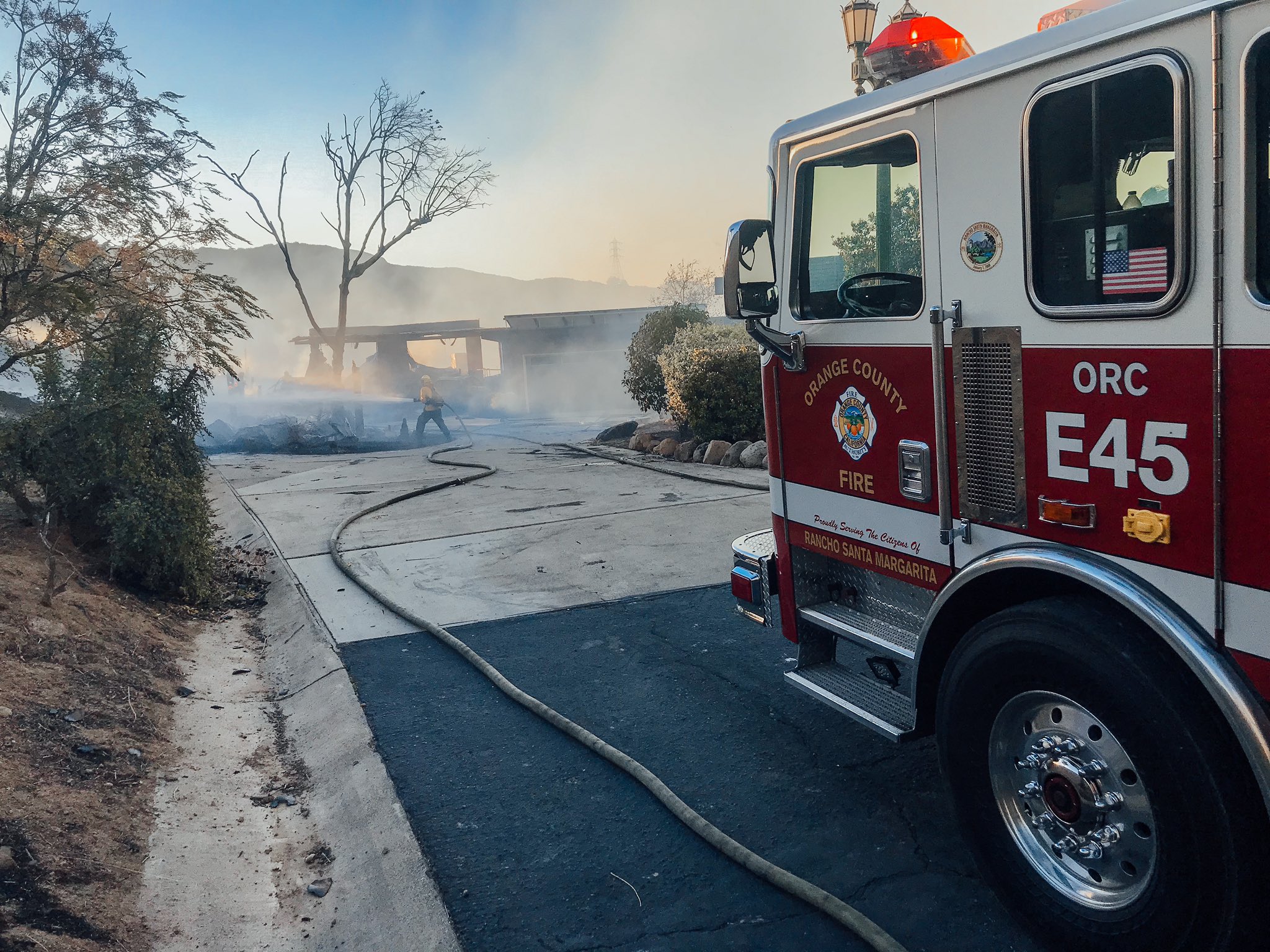 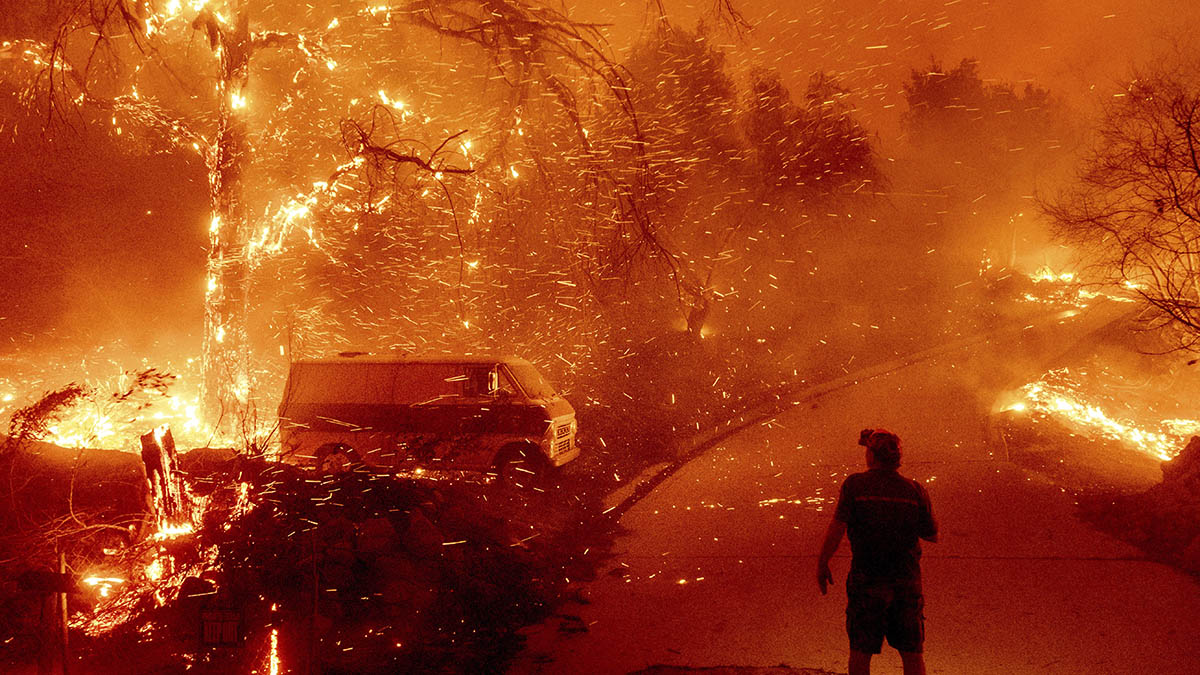 “This time, it started in Silverado Canyon on the east side of Santiago Canyon Road and made its way to Santiago Canyon and jumped the road,” Nguyen said. The Orange County Sheriff's Department announced that the county's Emergency Operations Center was activated to support the firefighting effort.

A public information hotline was activated -- 714-628-7085 -- for residents to call for information on resources available for them. Residents were urged to stay informed of the most current information by monitoring @OCFA--PIO on Twitter. Also, a public safety map with evacuation orders and warnings was available at https://bit.ly/2Vy231m.

Santiago Canyon Road from Jackson Ranch Road to the Eastern Transportation (241 Toll Road) Corridor was closed. Forecasters issued a fire weather watch for Sunday and Monday when winds are expected to return.

They may not be quite as bad as this week, with the highest gusts 40-50 mph in the foothills and 20-35 mph in the valleys but vegetation is even more dry after the latest wind event, according to National Weather Service meteorologist Liz Schenk.