It took firefighters nearly two hours to extricate the three people who survived the fatal crash.

The 19-year-old was one of five passengers traveling in a Chrysler PT Cruiser that was struck by a dump truck carrying wet cement in the Cajon Pass Tuesday night.

"I just felt the first impact and then another impact, and then the diesel came on top of us," Gretzer said.
The crash killed 18-year-old Nicole Lyle and 16-year-old John Cabrera. Two other passengers, 19-year-old Mike Baker and 16-year-old David Castaneda, suffered severe injuries. Gretzer, Baker and Castaneda were trapped in the wreckage with cement dripping inside.

"My buddy in front was pretty much screaming frantically, I couldn't really get to him, and then he calmed down," Gretzer said. "I talked to him and I talked to little David, who was the other one who was still conscious in the car. And I shouted out for Nicole and John, and we didn't get any response."

The construction dump truck was getting off the southbound 15 Freeway when its brakes reportedly failed on the off-ramp of the Highway 138 exit at 11:40 p.m., officials said. 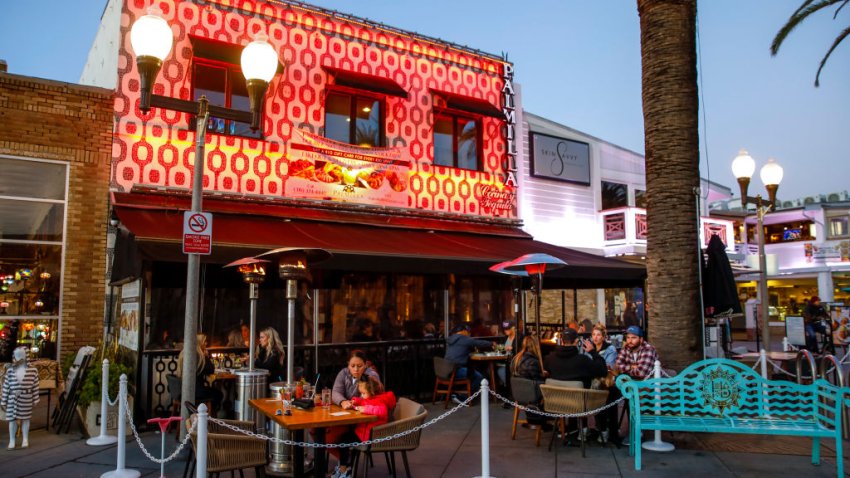 The truck crossed the street, hit the PT Cruiser that was traveling west on Highway 138, carried the car down an embankment and landed on top of it. The crushed PT Cruiser came to a stop in the parking lot of a Shell gas station and Subway restaurant.

"It just was pretty much a lot of noise and rolling, I just remember rolling several times," Gretzer said.

It took nearly two hours for firefighters to extricate the survivors. According to the San Bernardino Fire Department, firefighters used two heavy-lift tow vehicles to stabilize and lift the dump truck off the vehicle. They used the Jaws of Life to free those trapped inside.

"I feel blessed because of how fortunate we were, but my heart’s destroyed for John and Nicole," Shane Gretzer’s father Jeff Gretzer said.

Friends and family gathered Wednesday night for a candlelight vigil at Serrano High School in the San Bernardino County community of Phelan to remember Lyle and Cabrera. Lyle had just graduated from the school and Cabrera had just finished his sophomore year there.

"The amount of people that showed up tonight was pretty awesome, that goes to show how amazing these two were as people," Gretzer said Wednesday night.

The female driver of the truck was not injured.