Prison Reform Helps Some, Hurts Others

When it comes to the governor’s effort at reforming the state prison system, both seem to be in play.

Jerry Umana, 30, has been convicted of more than 10 felonies and has spent almost all of his adult life in and out of custody. Umana is a drug addict who first began abusing alcohol and methamphetamines in 7th grade, the beginning of a long slide into criminality. 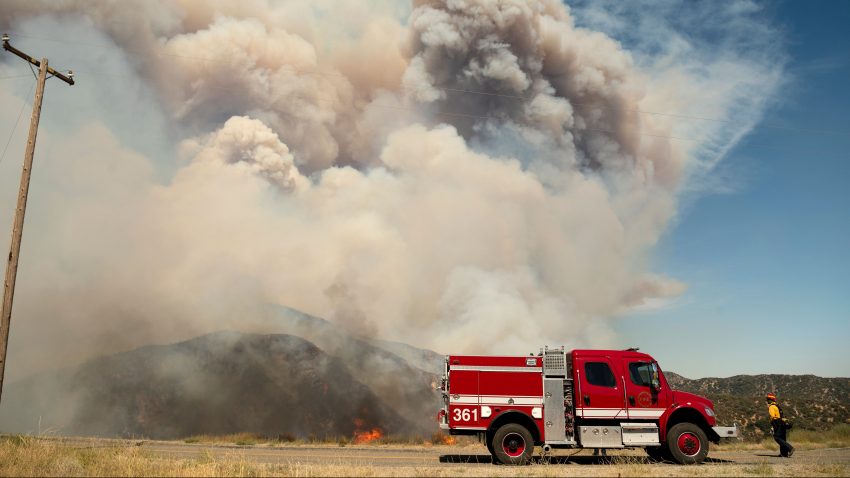 The last time Jerry used was nine months ago.

Now, he goes to plumbing school and attends problem-solving workshops at the Long Beach Community Re-entry Center, a private non-profit that contracts with the county. He has visits with his family who are part of his rehabilitation.

Umana is a poster child for AB 109, a law which reduces the number of felonies punishable in state prison.

For the first time Jerry says he feels good about life.

“My family doesn’t know me as a person," he said. "They always know the other guy who was always high. But they now know the real me. It’s a good feeling.”

For his long-suffering parents their son's effort at transformation is an Easter miracle.

"Before, I said, Jerry, please change, because I can't take it anymore," said Rina Umana, Jerry's mother. “My God is helping us. He is changing my Jerry.”

The law attempts to crack down on overcrowding in state prisons by referring specified inmates to county authorities, making local jurisdictions responsible to house and monitor non-violent, non-serious, non-sex offenders.

In order to make room for those state-sentenced inmates, county jails are releasing their inmates early, said L.A. District Attorney Steve Cooley, who described the program as "early release on steroids."

Rehabilitation works better in the communities where the inmate has family. The idea is that early release not only relieves overcrowding but also saves the state money and reduces recidivism.

But the other side to the new approach could be found at a news conference on Thursday at the LAPD’s valley division. Turns out not every “non-violent” felon is opting for help.

The city and neighboring communities are suffering a rash of home break-in burglaries. In Glendale alone several people were arrested in two episodes this week -- both of them involving persuits.

All seven of those arrested are career felons now out on parole.

But that isn’t the biggest problem, according to Glendale Police Chief Ron DePompa.

DePompa said the reason for the increased break-ins is that street gangs have figured out that under the new rules home break-ins are no longer punishable by state prison.

The only downside to getting caught is a stint in county jail, which, because of overcrowding in those facilities, means a short jail term.

Gangs now see break-ins in wealthy neighborhoods as having little downside -- but the loot can be quite profitable.

Jerry Umana knows all about that as he struggles to stay on a better path.

But what percentage does he represent of those who benefit from the new law?

If the Glendale chief is right, California’s crime rate is destined to climb, meaning the issue of prison “reform” will soon be revisited.