California lawmakers accused the leader of the state’s unemployment department of failing the public in a tense hearing Thursday that featured stories of people waiting weeks or months to receive their benefits after losing their jobs because of the pandemic.

More than 1.2 million claims, about a fifth of all applications, haven’t been paid out, either because the applicants haven’t taken the right steps or they are ineligible, said Sharon Hilliard, head of the Employment Development Department. It will take until September to process about 239,000 of those that are mostly ready to go but backlogged, she said.

“It’s difficult to say this as someone who generally believes in government’s ability to help, but EDD has been failing California,” said Democratic Assemblyman David Chiu. “Our constituents are depleting their life savings, going into extreme debt, having trouble paying rent and putting food on the table.”

The coronavirus pandemic caused millions of Californians to lose their jobs starting in March, and the state has paid out $55 billion, including federal dollars, across 9.3 million claims, Hilliard said. Applications skyrocketed by more than 3,000% from March to May compared to January and February, according to the agency.

The hearing came a day after Gov. Gavin Newsom announced a new “strike team” to improve the department. The agency has already spent millions contracting with outside vendors to improve its technology and provide more call center workers. By October, it plans to award a contract to completely redo its information technology system, a timeline lawmakers said wasn’t nearly quick enough.

Chiu accused Hilliard of lying to the public about the unemployment data, another lawmaker said she had no faith in Hilliard or the agency, and members of the public called the state services “abominable” and suggested Hilliard be fired. Some who called in for public comment say they still haven’t received any payment.

Hilliard defended the battered agency. She told lawmakers the agency has hired or redirected thousands of workers and plans to bring on more. She said common reasons payments are delayed is because the state needs more information to verify the applicant’s identity or conduct a wage investigation.

“We remain laser focused on those claims that require additional action. Our staffers care deeply about the livelihood of our neighbors and our communities, which is why we continue to work round-the-clock in a committed effort to evolve our operations,” Hilliard said.

A call center that can handle questions around specific claims has just 100 people working from 8 a.m. to 12 p.m., she said. The rest of the calls go through a line open seven days a week from 8 a.m. to 8 p.m. that can handle more basic calls. It takes on average four to six weeks for people to get a call back, Hilliard said.

The agency is working to merge the call centers and train more workers to handle complex calls to eliminate the need for call backs, Hilliard said. But she could not give a timeline for when that would happen despite repeated questions from Democratic Assemblywoman Cottie Petrie-Norris. Other lawmakers said it was unacceptable that so few workers are able to answer questions about claims over the phone.

“All of these timelines just seem totally out of step with the urgency of the moment that we are in,” Petrie-Norris said.

The department is experiencing vastly more claims than at the height of the Great Recession, when the most claims processed in a single month was around 115,000. During a single week in late March, the state processed more than 1 million claims, said Chas Alamo, a policy analyst at the nonpartisan Legislative Analyst’s Office. The federal government sets a goal of 87% of new claims being paid out within three weeks; California is currently paying out 62% of claims within that time frame, Alamo said. That’s lower than the 50-state average.

Things could get even more complicated if Congress extends supplemental federal unemployment benefits, which gave people up to $600 in an additional weekly payments but just expired. The new program could require more complex calculations to determine payment amounts, and preparing the state’s system to handle it could take 12 to 20 weeks, Hilliard said. 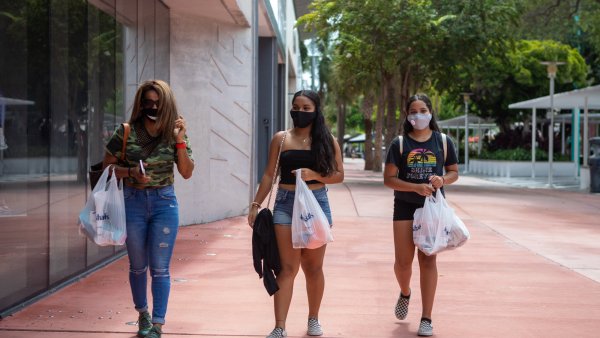 US Consumer Spending Up 5.6%, But Virus Could Stall Gains 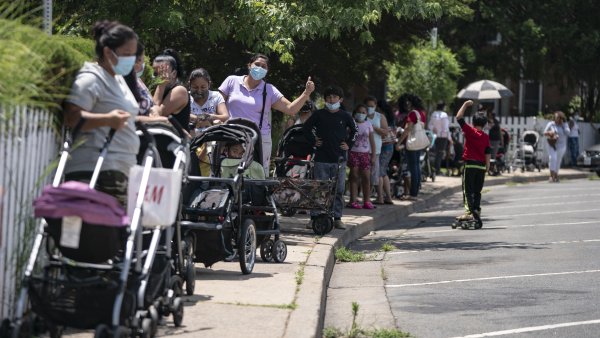 Virus Updates: Over 154K US Deaths as Florida Faces Storm

“I think that the level of outrage that you’re hearing today would be nothing compared with the level of outrage if we were to tell the people of California it was going to take almost half a year to process their federal unemployment insurance supplement,” said Republican Assemblyman Jay Obernolte.

The strike team Newsom created will have 45 days to produce a report on how to make the agency more digital and consumer friendly. The agency will also begin weekly outreach to applicants who need to send in more information or certify their claims, which much be done every two weeks.