Five adults and one juvenile were rushed to the hospital, where they were listed in stable condition.

The 27-year-old man suspected of driving a blue sedan onto a sidewalk in Long Beach striking six people before sunrise today then fleeing has been arrested.

Detectives tracked down Richard Dalton Irigoyen and arrested him in Compton, according to Allison Gallagher, the public information officer for the Long Beach Police Department.

Irigoyen was then taken to a hospital for treatment of injuries unrelated to his arrest and then to the Long Beach City Jail, Gallagher said. Police also located the Long Beach resident's car and impounded it.

Irigoyen was booked on six counts of attempted murder, six counts of assault with a deadly weapon and one count of felony domestic violence. Bail was set at $6 million, Gallagher said.

The incident started with Irigoyen arguing with a woman who was among those hit on the sidewalk, Gallagher said.

Irigoyen was also arrested in February by Long Beach police on an unspecified felony charge.

Officers were initially dispatched to the 1300 block of Orange Avenue, near Anaheim Street, at 2:43 a.m. Sunday regarding an “unknown trouble” call, which was later determined to be an assault with a deadly weapon and domestic violence incident involving a man and a woman, the Long Beach Police Department reported. 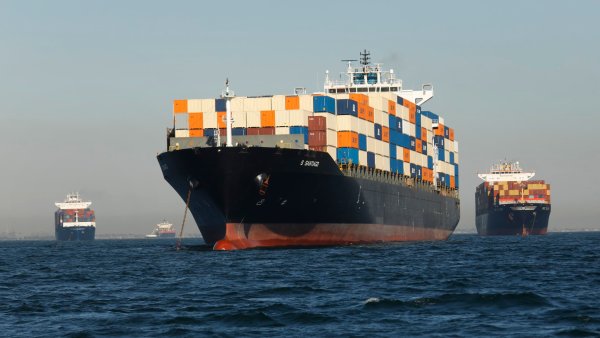 The five adults and one minor struck were standing on the sidewalk at the tail end of a Halloween party, according to reporters at the scene. They were rushed by paramedics to hospitals where they were listed in stable condition, police said.

Irigoyen then drove away northbound on Orange Avenue, police said.