Caught on Camera: Homeless Violence Unfolds in Front of Kids at Reopened Schools and Parks

"People are urinating, defecating, shooting up, and fighting out here," said Francesca, whose son goes to Westminster Elementary, and who shot the video of the beating.

It was caught on camera by an upset parent -- video of a homeless man being brutally beaten by three other people, while kids were just a few feet away at Westminster Elementary School in Venice.

"People are urinating, defecating, shooting up, and fighting out here," said Francesca, whose son goes to Westminster Elementary, and who shot the video of the beating. "Children shouldn't have to see this on a daily basis," she told the I-Team.

The NBC4 I-Team has documented new homeless encampments that appeared during the coronavirus shutdown in front of schools and parks. In addition to Westminster Elementary, there are now encampments outside Gerald A. Lawson Academy in south LA, Westside Neighborhood School in Playa Vista and others. At Broadway Elementary on L.A.'s west side, tents have been pitched right against the school building. 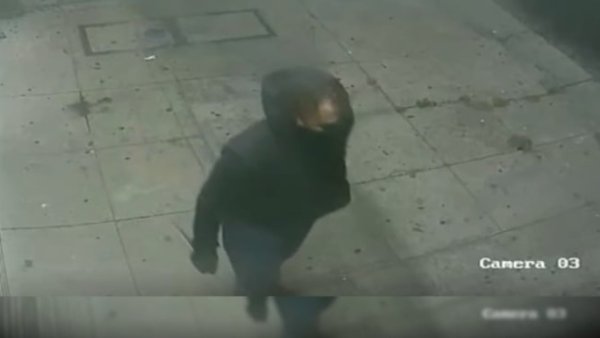 Attack on Sleeping Woman Latest in Rising Violence Against Homeless New encampments have also formed at numerous parks like Pan Pacific -- within view of the playground for small kids -- and next to the Yucca Park Youth Soccer Field, where the I-Team captured on camera a homeless man yelling and threatening another man with a large switchblade.

Tthe I-Team obtained and reviewed data gathered by the Los Angeles Police Department, which shows the arrival of encampments near some schools in recent months has coincided with reports of rising crime in some of those areas.

In the neighborhood surrounding Westminster Elementary, the I-Team found crime reports are up 29% this year so far, compared to the same time last year. Reports of "Assaults With A Deadly Weapon" are up 190% in the neighborhood around the school.

"You just have to imagine your child being exposed to this daily," said Heidi Roberts, another parent who lives near Westminster Elementary and the adjacent encampment.

Roberts and her husband founded a homeless housing organization called Haaven, and she says she and other parents have asked their city councilman, Mike Bonin, to find shelter and relocate the people camping out in tents near Westminster Elementary.

"I feel like everybody who is living on the streets of Los Angeles should have the offer of housing immediately," Roberts told the I-Team.

A statement from Bonin's office to NBC4 said, "The Councilmember is working with a variety of agencies to provide housing and create alternatives to encampments that will allow us to return areas like the streets near schools and parks in Venice to full public use."

But some parents tell the I-Team the city is taking too much time, and they worry kids could get caught in the crossfire of violence from encampments.

"We don't have time to wait for housing," said Westminster parent Francesca.