"No suspects were located at the scene,'' police said. "However, CCTV footage indicated there were two suspicious subjects and a vehicle at the scene."

A couple has been arrested on suspicion of murder in connection with the fatal shooting of a man outside a motel in Costa Mesa, police said Saturday.

Officers were dispatched at about 5:15 a.m. on Nov. 7 in response to a call of a man with a head wound outside a motel in the 2000 block of Harbor Boulevard. They came upon Dakota Hansen, 24, unconscious and with a gunshot wound to the head, said Detective Jonathan Tripp of the Costa Mesa Police Department.

Paramedics rushed Hansen to an area hospital, where he was taken off life support Friday and pronounced dead, Tripp said. 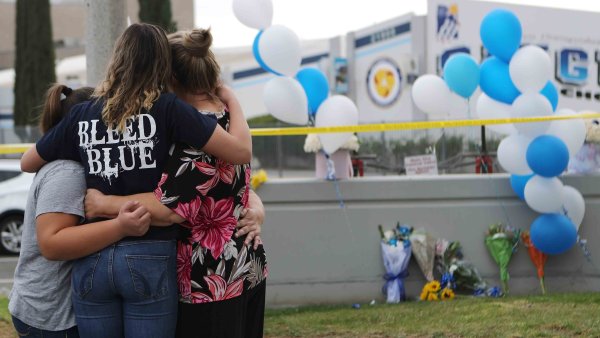 "No suspects were located at the scene,'' he said. "However, CCTV footage indicated there were two suspicious subjects and a vehicle at the scene."

An investigation revealed that 34-year-old Nick Ryan Lavey of Costa Mesa was the owner of the vehicle seen on the footage, he said.

Detectives on Thursday located Lavey and his girlfriend, 28-year-old Kaley Joanne Lippmann, also of Costa Mesa. Both matched the description of the suspects seen on CCTV footage, he said.

"A search warrant was obtained for Lavey and Lippmann's residence, where detectives recovered items suspected to be related to the crime," Tripp said. "Both suspects were then arrested and booked on suspicion of murder and conspiracy to commit a crime."

Costa Mesa police detectives urged anyone with information regarding the crime to call them at 714-754-5464.