Fire officials had to remove the roof of the vehicle to try and rescue the pursuit driver, who died due to his injuries.

The California Highway Patrol was in pursuit of a vehicle in the San Fernando Valley late Saturday night when it ended in a violent crash in Sherman Oaks.

According to Sgt. Steve Geraty with the CHP's West Valley Division, the pursuit began when officers tried to stop the driver of the 1998 Honda Accord for speeding on the 210 Freeway.

"The vehicle fled at a very high rate of speed – up to 117 miles per hour," Geraty said.

It is unknown why the driver was traveling so quickly.

CHP officers followed the silver colored Honda through the southbound 405 Freeway starting around 10:07 p.m., with the pursuit driver at one point travelling in the wrong way on the 118 Freeway, according to the CHP.

An LAPD airship "arrived overhead and began monitoring the location of the vehicle" while it was traveling the wrong way on that freeway, the CHP said.

After exiting on Woodley and traveling southbound on the 118 on the correct side of the freeway, "a passenger got out of the vehicle and fled," according to the CHP. Officers were still searching for that passenger after the pursuit ended.

The driver then traveled on the 405 and eventually went into the parking structure of a Target store on Sepulveda Boulevard, where he was seen calmly walking away from the store.

The man was then seen running around the streets and reentering the parking structure.

"Since the air unit was directing ground units towards that vehicle – CHP West Valley Units started to converge on that parking lot," the CHP said. "At that time, the Honda rammed one of our units inside the parking lot."

He appeared to have gotten back into his vehicle and driven away.

While the driver was fleeing down Hatteras Street and multiple other surface streets in the area, it crashed into a Subaru containing an innocent bystander, according to the CHP.

CHP officers found the Honda after the violent crash against the other vehicle in the Sherman Oaks area.

The pursuit driver's vehicle had crashed into a palm tree at a residence on the corner of Burbank Boulevard and Mammoth Avenue in Sherman Oaks.

The driver was fatally injured during this crash, the CHP said.

The second vehicle was beginning to catch on fire but it was quickly put out. There was only one person in the Subaru, who had very minor injuries and did not get transported to the hospital according to the CHP. 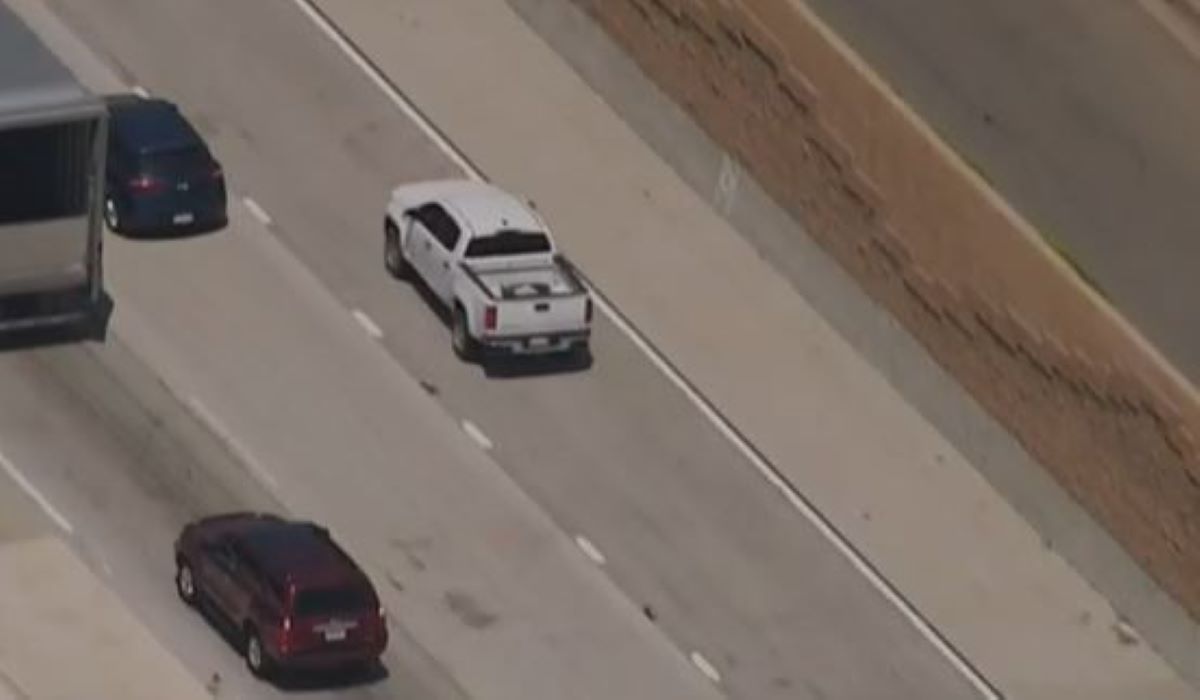 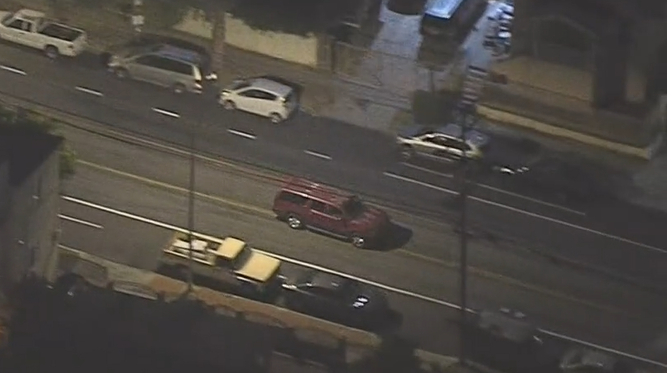 Several patrol units showed up to the scene as fire officials worked to rescue the pursuit driver from his vehicle.

Fire officials had to remove the roof of the vehicle to try and rescue the pursuit driver, but his injuries were severe.

The driver has not been identified, but according to the CHP was a 38-year-old man from the Van Nuys area. The Honda "has not been reported stolen at this time."