4 to Watch: How a Community is Remembering a Slain CHP Officer

CHP Officer Andre Moye was killed during a shootout in Riverside, where resident are rallying around his colleagues

The handwritten messages left at a memorial outside the Riverside CHP office offer sympathy and support for those who worked alongside 33-year-old Officer Andre Moye, killed in a shootout earlier this week.

Photos: How CHP Officer Andre Moye is Being Remembered in Riverside

The California Highway Patrol office where Officer Andre Moye worked has become a site for a community to grieve after the death of the beloved 33-year-old officer during a horrific shootout in Riverside. Handwritten messages, wreaths, flowers and other items have been left outside the station.

Photos: How CHP Officer Andre Moye is Being Remembered in Riverside

An 18-year-old man is being sought by investigators in connection with the shooting death of his teen sister at a Lancaster home. The man was armed with a handgun when he left the residence, according to the sheriff's department. We'll have updates here. 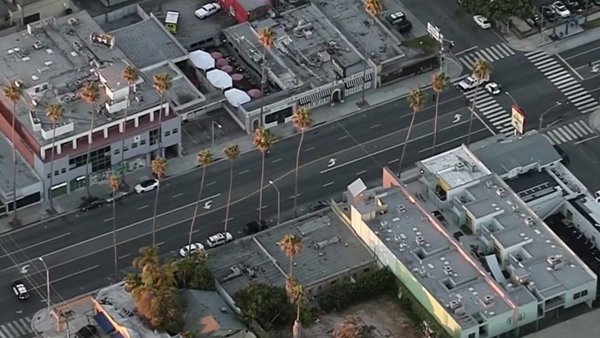 The 18-year-old man had a handgun when he left the scene of the shooting in Lancaster, investigators said. Christine Kim reports for Today in LA on Wednesday Aug. 14, 2019.

The aim is the revamp a property that has sat vacant for half a century and turn it into a premium outlet mall. Here's what that will look like if all goes to plan in Carson.

Looking for something to do this week? There's El Segundo Art Walk, Black Restaurant Week and Maisel Day. See the full list of events around LA here.