The crash occurred on 405 at the Roscoe Boulevard exit

California Highway Patrol officers pulled a critically-injured man from a burning car on the 405 Freeway in North Hills Monday, and the officers were credited by firefighters with saving his life.

The man was critically hurt, and three others suffered minor injuries in a fiery two-vehicle crash in Van Nuys that temporarily shut down the northbound freeway.
The crash occurred on 405 at the Roscoe Boulevard exit about 10:40 a.m., said CHP Officer Ed Jacobs. Fire department spokesman Brian Humphrey said an SUV hit a car from behind near the Roscoe Boulevard onramp. 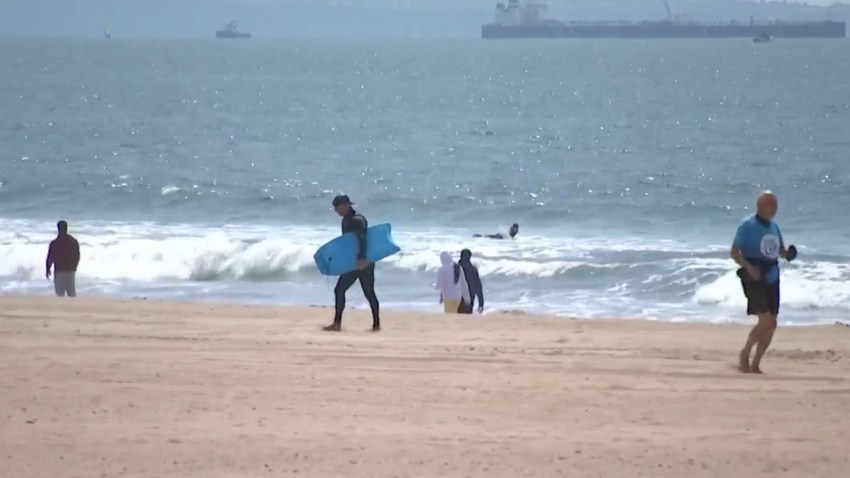 The crash left the Cutlass Supreme severely damaged and on fire.
"It was only through the selfless actions of several CHP officers who pulled him from the burning car that this man was given a fighting chance to live," said Humphrey.

The unidentified injured man had to be resuscitated by firefighter paramedics after being pulled from the wreckage, said Humphrey.
"He was critically injured and he wasn't breathing when they first got him out,'' he said.

The injured driver was taken by paramedics to Providence Holy Cross Medical Center in Mission Hills and was listed in critical condition, said Humphrey.

There were three people - a man and his two children -- in the SUV, he said. Those three people suffered minor injuries and transported to Valley Presbyterian Hospital, said Humphrey.
Copyright CNS - City News Service
0