Then recession-wary consumers hit the brakes.

Now, like so many other industries, the makers of two-wheeled, fuel-efficient bikes are relying on tax breaks offered in the federal stimulus package and other incentives to get sales moving again, while easing gas consumption. 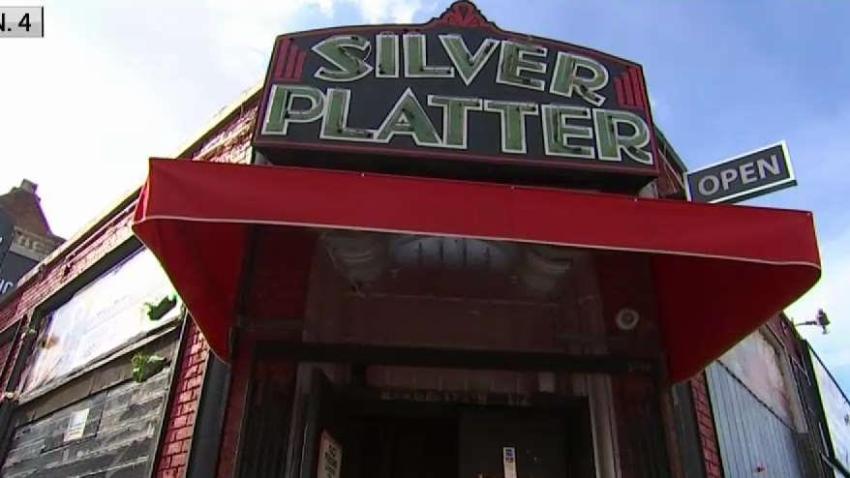 "Even before we quote the price, we tell people how much they can get off the bike," said Jeff Bosco Biafore, a salesman at the San Jose Motorsport Scooter Center in Northern California.

Under the stimulus plan, the same provision that lets taxpayers deduct sales and excise taxes on the purchase of a new car or truck also applies to a motorcycle or scooter. They also can get a 10 percent federal tax credit if they buy plug-in bikes.

Before the federal incentives kicked in Feb. 17, California offered a $1,500 rebate for certain electric scooters, but there were so many applications that funding for the $1.8 million program for alternative fuel vehicles ran out.

With a new job that stretched her commute from 10 to 40 miles a day, freelance film and television editor Cindy Parisotto says she is considering an electric scooter to reduce her commuting costs and carbon footprint.

She's interested in an electric scooter from Vectrix Corp. that has a top speed of 62 mph and a range of at least 35 miles per charge. She would need to charge the bike everyday, but Parisotto says she figures her electricity bill will be lower than what she spends on gas.

Manufacturers and dealers say it's too early to tell whether the incentives are making a difference in sales.

One analyst says the tax breaks, especially for non-electric models, aren't enough to make a difference.

"It's a bit of a break, but it may not be enough if you lost your job or if there's a lot of pressure on your paycheck," says Robin Diedrich, senior consumer analyst for Edward Jones. "You don't buy a motorcycle because of $300 in tax savings."

Dealers say sales might have gone even higher if manufacturers could have made more to keep up with demand.

"Business was insane, we couldn't get bikes in the shop fast enough, and in the summer we had 30 to 40 people on the waiting list," said Mike Frankovich, owner of NoHo Scooters in North Hollywood.

Since then, gas prices have dropped to about half of the peak national average of $4 a gallon.

In the first quarter of this year, motorcycle sales fell 30.5 percent while scooter sales plunged 36.7 percent, compared to the same period last year, according to the Motorcycle Industry Council.

Those sales generally dip during cold winter months, and the discretionary nature of such purchases makes them easier to delay.

The tight credit market has also made it harder for potential buyers to finance purchases.

Still, shops and manufacturers are promoting the savings made possible by the stimulus package and other incentives.

NoHo Scooters is posting fliers explaining how much buyers can deduct on their income tax forms next year. The San Jose Motorsport Scooter Center is proclaiming the savings in newspaper and online ads and on posters throughout the store.

Despite the tough fall and winter, Frankovich says he's starting to see business pick up -- as it usually does when the weather warms up.

"We're getting customers who can't afford to buy another car or are looking to save money on gas," he says. He says sales of Genuine Scooter Co. models that run about $3,500 have been brisk.

"It's low enough that you can put it on your credit card," he said.

Paolo Timoni, the president of Piaggio Group Americas, which makes the popular Vespa scooters, flew from New York to Southern California in early April to promote scooter riding. Sales at his company declined by 6.7 percent during the first two months of 2009 compared with the same period last year.

Timoni said scooters can be a fun, fuel-efficient way to get around urban areas. Parking is easier, and in some states scooter and motorcycle riders are allowed to split lanes when traffic is heavy, he said.

The tax breaks provide "an extra perk," he says.

Noting the rising interest in two-wheelers, Consumer Reports began test-riding scooters and motorcycles this year for the first time since 1981.

For its March issue, the magazine reviewed six scooters and two motorcycles designed for people who have no riding experience and are considering the bikes as a commuting alternative.

"Even though fuel prices have gone down, we still see a lot of people interested in fuel-efficient vehicles just because they're not sure what's going to happen," said Jake Fisher, senior automotive engineer at the magazine. "What's been proven is that fuel prices aren't stable."