The city says deputies assigned to the area have a history of excessive force, discriminatory policing and civil rights violations.

The city of Compton is asking for a federal and state investigation of the Los Angeles County Sheriff's Department, alleging deputies have engaged in a pattern of civil rights violations including misconduct, excessive force and discriminatory policing.

The LASD -- which has provided law enforcement services under contract to Compton since the city disbanded its own police force -- said it is aware of the allegations and has launched multiple investigations. 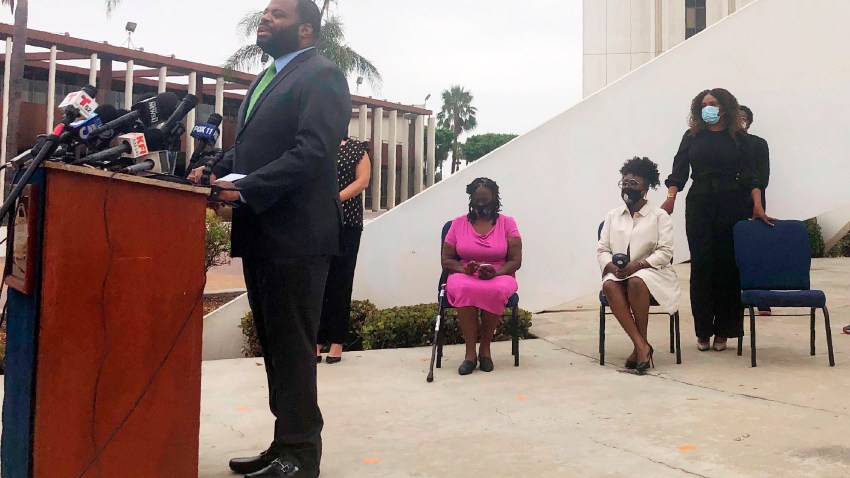 Villanueva Looks To Crack Down On Deputy Cliques

“Early on, the Sheriff invited the FBI to conduct their own investigation and information is actively being shared with them,” the department has said.

In his letter, Brown urged officials to “open an investigation immediately into all potential civil rights abuses, including a pattern or practice of systemic, unconstitutional policing, and obtain a court order requiring LASD to address systemic institutional failures.”

The letter also references the recent whistleblower allegations, raised by LASD Deputy Art Gonzalez, that a violent gang of sheriff's deputies who call themselves “The Executioners” control a Compton station through force, threats, work slowdowns and acts of revenge against those who speak out.

Gonzalez, a sheriff's deputy since 2007, said in a notice of claim ahead of a planned lawsuit that the gang retaliated against him for months after he anonymously reported a fellow deputy for allegedly assaulting a co-worker in February in order “to further the reputation of the gang.”