‘Legalized Genocide of Colored People Has to Stop,' Lawyer for Family of Man Killed by Deputies

After fighting with a Los Angeles County Sheriff's deputy, Dijon Kizzee dropped a semi-automatic handgun before deputies opened fire Monday afternoon in the South LA neighborhood of Westmont, according to authorities.

Lawyers for the family of a 29-year-old Black man was shot and killed by sheriff's deputies who stopped him while he was riding a bicycle spoke out Wednesday after two nights of protests.

Calling themselves a civil rights dream team, attorneys for Dijon Kizzee's family spoke together for the first time via zoom, about their hopes for justice in the man's shooting death at the hands of Los Angeles County sheriff deputies on Monday.

"This legalized genocide of colored people has to stop," said Ben Crump, an attorney for the Kizzee family. "This will send a message not only to the LA County Sheriff’s deputies, not only to California but to all of America. Dijon Kizzee did not deserve to be executed like this.”

At least 15 shots can be heard from different cell phone videos that captured the incident. The sheriff’s department said Kizzee had punched a deputy and then reached for a fallen handgun, when deputies pulled the trigger.

"This is reality TV that nobody wants to see anymore," Crump said.

Fair, who has been outspoken about the shooting, says she's hopeful this will lead to change within all of law enforcement.

"This is very heartbreaking for me and my family," she said. "All I want is justice for my nephew Dijon."

The lawyers are planning on a private autopsy of Kizzee's body, believing he was shot multiple times in the back.

"You're supposed to show a reverence for human life," Galipo said. "Deadly force is supposed to be a last resort, only to be used in the direst of circumstances with no other reasonable measures available."

The LA County Sheriff’s Department says the case is under investigation.

They have not revealed what bicycle law Kizzee allegedly broke because the deputies involved have yet to be interviewed.

They have been removed from field duty pending the outcome of the investigation.

Kizzee was stopped on his bicycle for a vehicle code violation Monday afternoon in the unincorporated Westmont area. During an ensuing confrontation with deputies, he dropped a handgun before he was fatally shot, authorities said.

A few dozen protesters, organized by the Coalition for Community Control Over the Police, gathered at 5 p.m. near the scene of the shooting at West 109th Place and South Budlong Avenue. They marched to the South Los Angeles Sheriff's Station, at 1310 W. Imperial Highway, about five blocks away.

Witnesses of the shooting were clearly distraught. Kim Tobin reported on NBC4 News at 6 p.m. on Tuesday, Sept. 1, 2020.

Deputies in tactical gear stood between protesters and the sheriff's station.

The news came as Rep. Maxine Waters called Wednesday on the state Attorney General's Office to investigate what she called a "pattern of abuses" by the sheriff's department.

"Whatever details the sheriffs leak or reveal over the coming days about why Dijon Kizzee was shot dead in Westmont, we know for a fact that a Black man stopped while riding his bicycle should not be dead today," Waters, D-Los Angeles, said in a statement. "I stand with the community in condemning unaccountable rogue sheriffs and police officers who continue to hunt and murder unarmed people of color in our communities.

"It's past time for the attorney general of CA, Xavier Becerra, to intervene and investigate the pattern of abuses at the L.A. (County) Sheriff's Department," she said. "The department is out of control and has lost the confidence of the community it is supposed to protect. There will be no peace in our streets until the LASD cleans house." 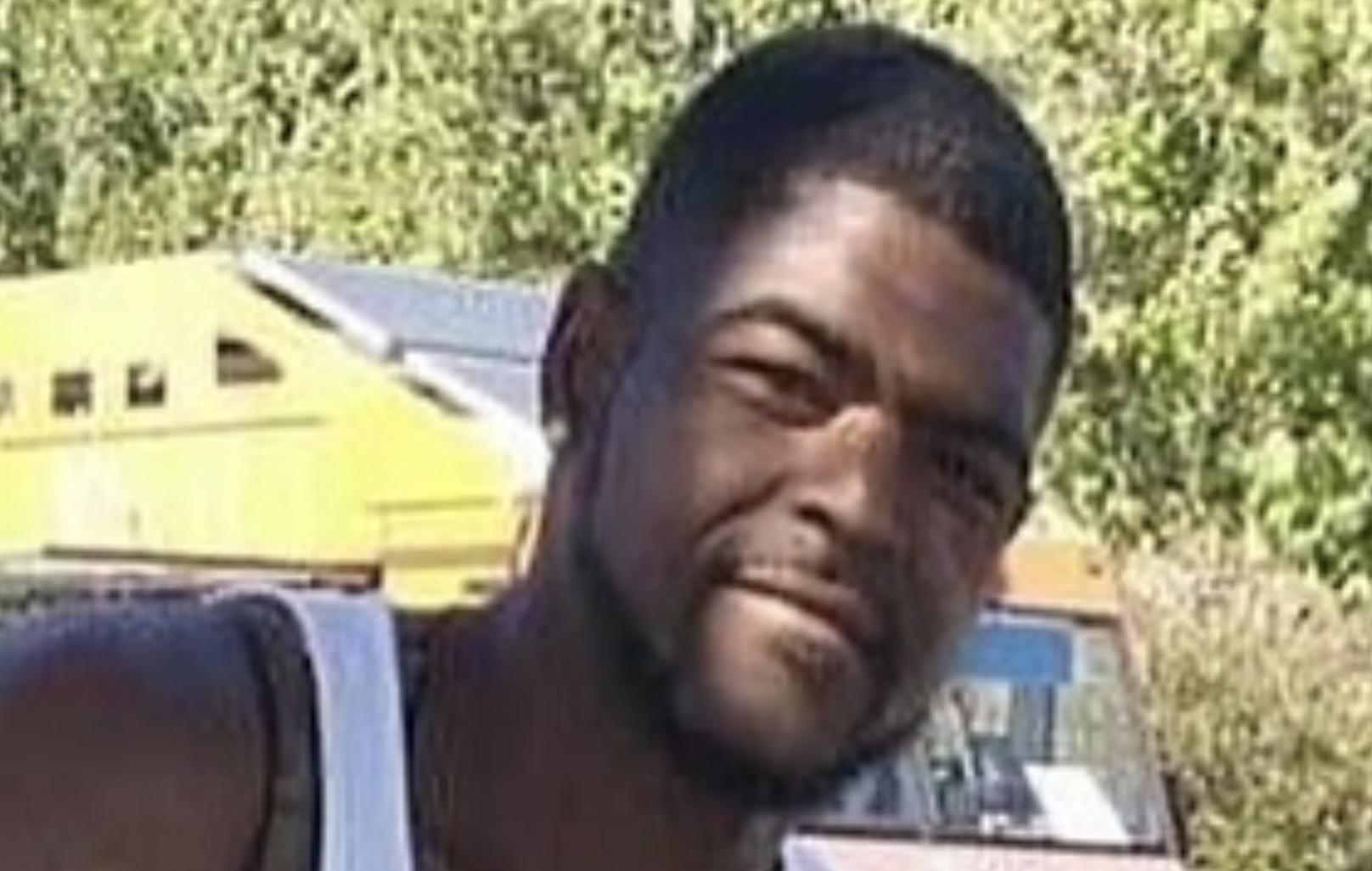 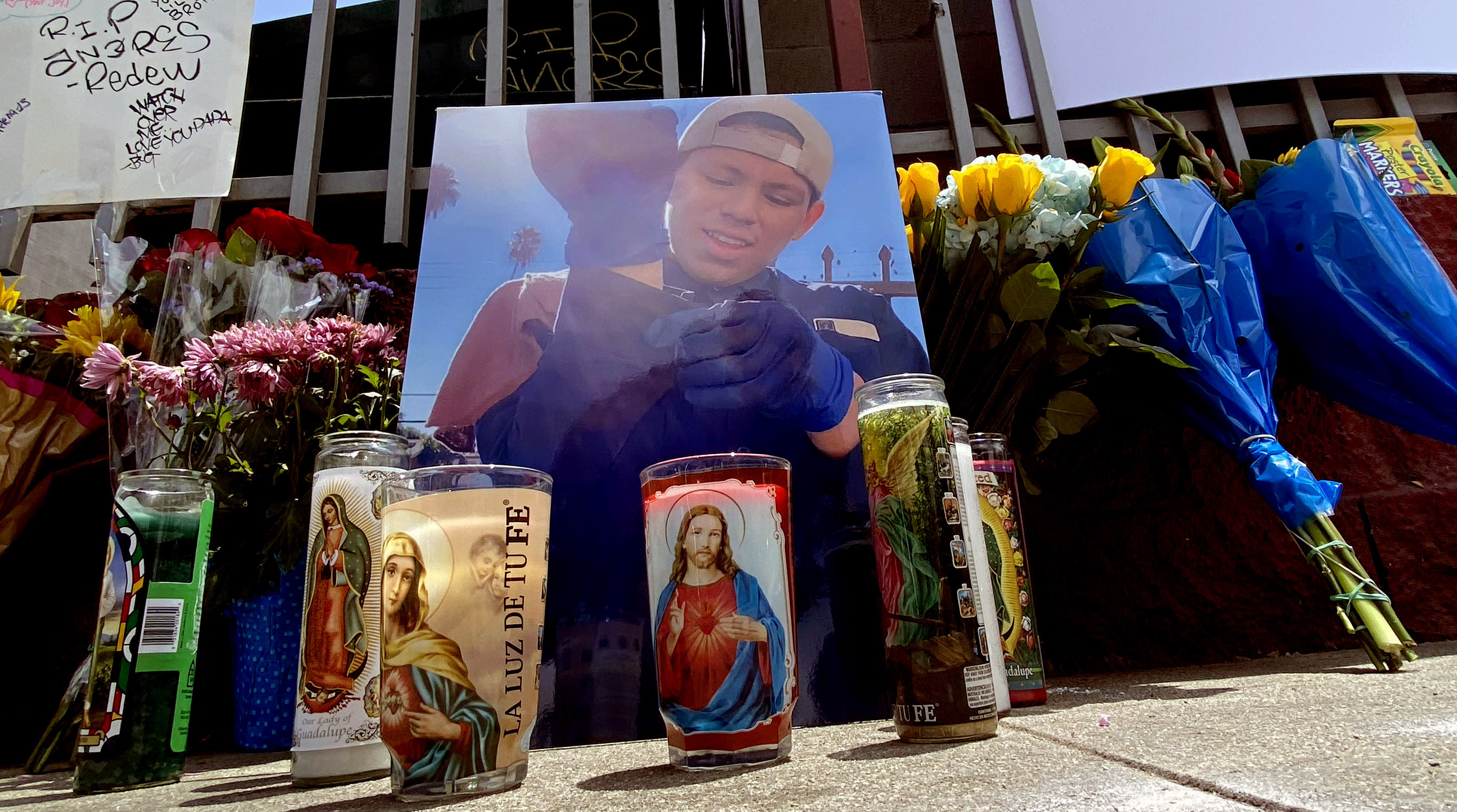 At least part of the confrontation was captured on video by witnesses. Video from NewsChopper4 showed what appeared to be a handgun on the ground near yellow police tape.

A woman who asked not to be identified described what she saw and heard.

On Tuesday, the department released a statement that said he "made a motion toward the firearm, it was at this time a deputy involved shooting occurred."

Both deputies fired at the man and no deputies were injured, the department confirmed. He died at the scene.

The department is expected to roll out the cameras over the next year. Ted Chen reports for the NBC4 News on Monday, Sept. 1, 2020.

Sheriff Alex Villanueva, speaking at the Board of Supervisors' meeting Tuesday morning, did not discuss details of the shooting, but offered his condolences to the man's relatives.

"I want to extend my condolences to the family of Dijon Kizzee, who succumbed yesterday to a deputy-involved shooting,'' he said. "Our thoughts and prayers go out to the family, and that includes a member of my own department who is a cousin of the deceased.''

On Monday night, demonstrators gathered at the scene of the shooting, then moved to the sheriff's station around midnight. Authorities declared an unlawful assembly shortly after midnight as the crowd chanted derogatory, anti- law enforcement slogans, as a line of deputies stood watch in front of the building.

Protesters vandalized and sprayed graffiti on the sheriff's sign outside the building before leaving the area around 1 a.m. One person was arrested on suspicion of failure to disperse after authorities ordered the crowd to clear the area.