Three teens were killed and three others suffered injuries in the crash, which apparently followed a prank at a Corona home

A man accused of intentionally ramming a car carrying six teenagers, three of whom died in the rollover crash, faces murder charges in a deadly chain of events that apparently began with a prank at his home.

Anorag Chandra is scheduled for an initial court appearance Thursday afternoon. It was not immediately clear whether he has an attorney.

The 42-year-old Corona area man faces three counts of murder and attempted murder in the crash, which left three teens dead and three others injured.

The crash happened Sunday south of the Riverside County community of Corona. After the Toyota Prius was struck by a sedan, it collided with a tree, killing three 16-year-old boys.

Three teens are dead, three were injured and one man was arrested after a hit-and-run crash. Hetty Chang reported on NBC4 News at 11 p.m. on Monday, Jan. 20, 2020.

The coroner's office identified the victims as Drake Ruiz and Daniel Hawkins, both 16 of Corona, and Jacob Ivascu, 16, of Riverside. The 18-year-old driver of the Prius and two other boys, ages 13 and 14, were injured.

The sedan driver is accused of leaving the scene, but witnesses followed him to a nearby house and alerted authorities.

"When he rammed us from the side, I thought, 'If anything happens, I love these guys,'" Sergio Campusano says he remembers before blacking out during the crash. Robert Kovacik reports for the NBC4 News at 11 p.m. Tuesday, Jan. 21, 2020.

The tragedy unfolded after what appears to be a prank gone wrong. The boys had accepted a dare to play doorbell ditch, ringing the doorbell of a home on Modjeska Summit Road and running back to the Prius before a resident answered, according to California Highway Patrol investigation.

"The boys were playing ding-dong-ditch at a house they thought was somebody their age, but it turned out to be that angry man,'' Debbie Ruiz said, a victim's mother.

That home's resident, Chandra, is accused of chasing the teens in his Infiniti Q50, striking the back of the Prius and causing the teens' car to veer off the road into the tree.

Chandra was arrested at his home. 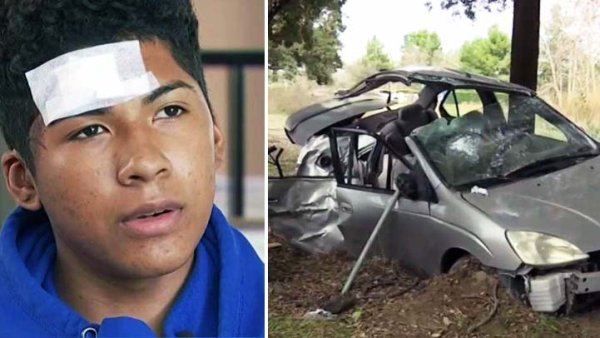 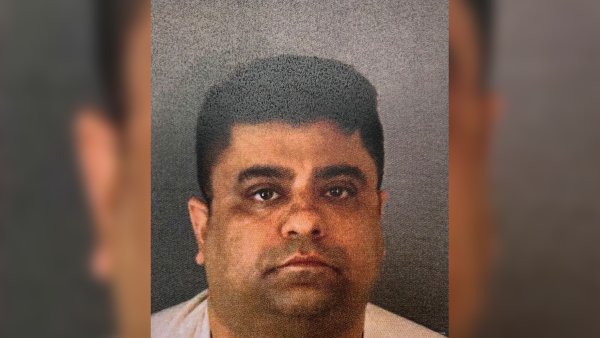