Luis Silvas, age 33, was arrested in Lakewood at 4:15 p.m. on Friday and charged with felony carjacking, the LAPD said.

The Los Angeles Police Department Saturday afternoon released the name of the driver involved in a wild Friday pursuit and standoff that lasted two hours and led officers through more than one SoCal county.

The chase began around 12:45 p.m. Friday, when LAPD officers attempted to stop the car, which was reported stolen in Downey. The suspect refused to yield, and led officers on an erratic chase.

At around the half-hour mark, the suspect in the chase drove the wrong way down the shoulder of the freeway near Buena Park, then came to a stop during a brief standoff with officers at Artesia Boulevard.

Despite spike strips, a patrol car used to spin out the suspect's vehicle temporarily, and a pickup driver that stopped his car on a two-lane roadway before exiting his vehicle so the pickup became an obstacle, the chase continued. 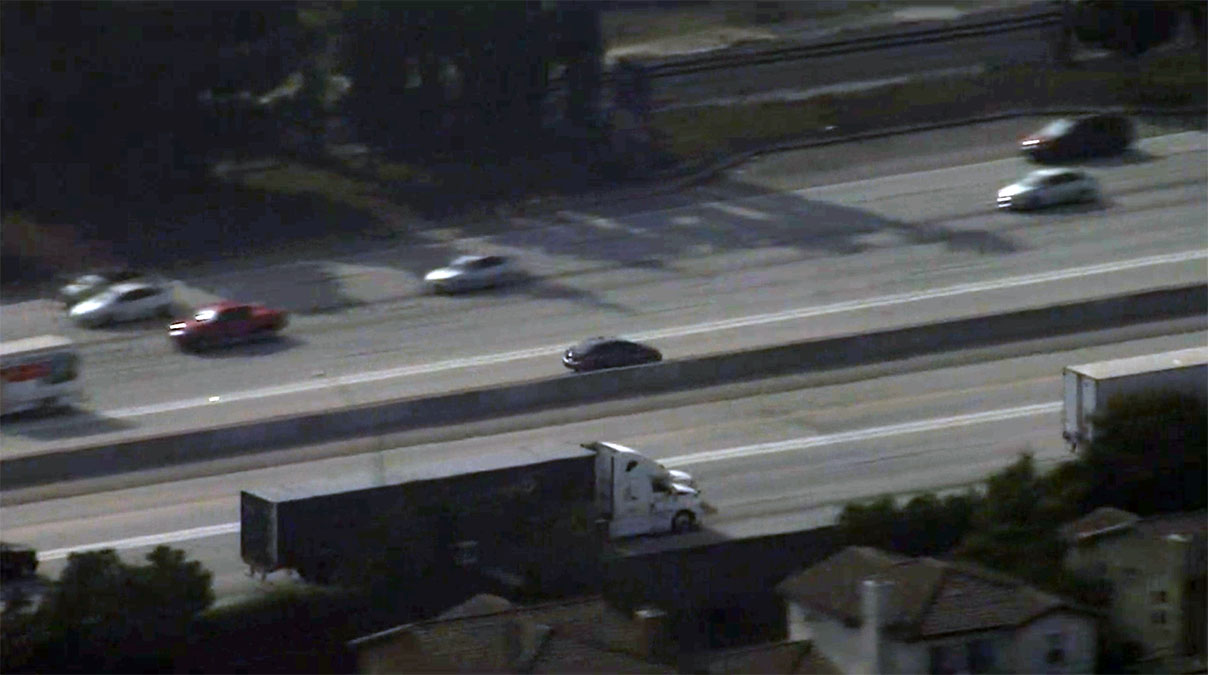 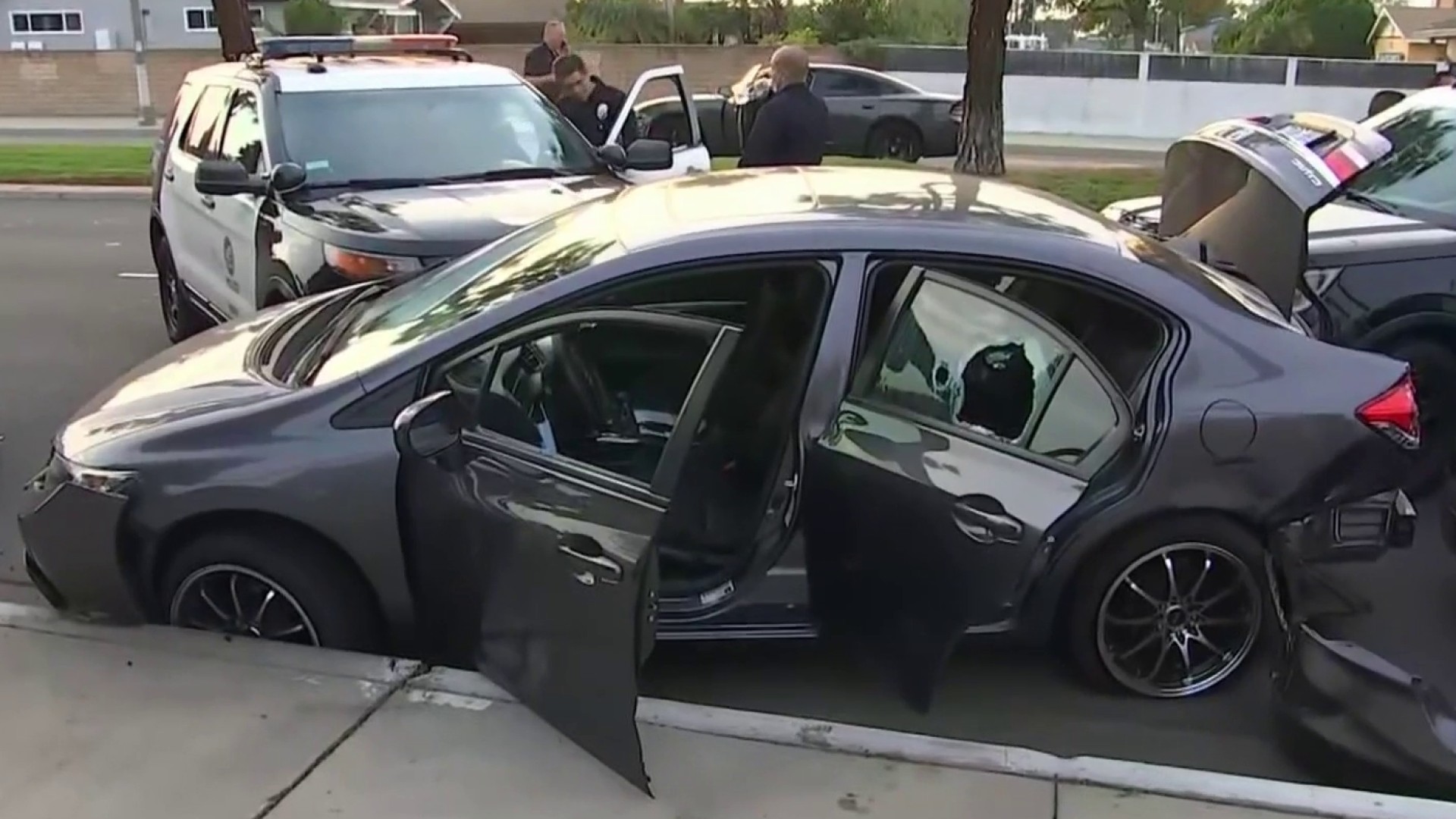 The chase came to an end in Lakewood, near Bloomfield Avenue and Del Amo Boulevard, where the car stopped with flat tires possibly caused by the spike strips the LAPD deployed.

The suspect rolled down his windows and exchanged words with officers, but refused to exit the car. Authorities fired non-lethal rounds into the car, shattering a rear window.