The organizer of a Southern California rally against racism who drove into a crowd of counterprotesters had asked police for help from a hostile crowd but was ignored, her lawyer said Monday.

The Sheriff’s Department, however, said deputies did not think Turner was in danger when she accelerated into the crowd of people.

“It did not appear from the video we’ve been able to see that there was a direct threat,” spokeswoman Carrie Braun said. “I wasn’t there and wasn’t sitting in the vehicle. I don’t want to say what she could, would or should have done. Clearly any time an incident like this occurs it’s tragic for everybody involved.”

Turner, 40, is being held on $1 million bail on suspicion of attempted murder and assault with a deadly weapon. She faces her first court appearance Tuesday in Orange County Superior Court.

The incident that sent a man and woman to the hospital with major injuries occurred on a sunny afternoon when Turner and the Urban Organizers Coalition had planned a march against police brutality and systemic racism outside the Yorba Linda Library about 30 miles (48 kilometers) southeast of Los Angeles. 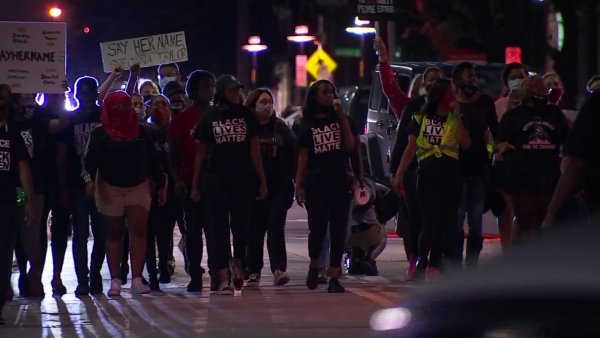 Woman Injures Two Protesters with Her Car in Yorba Linda 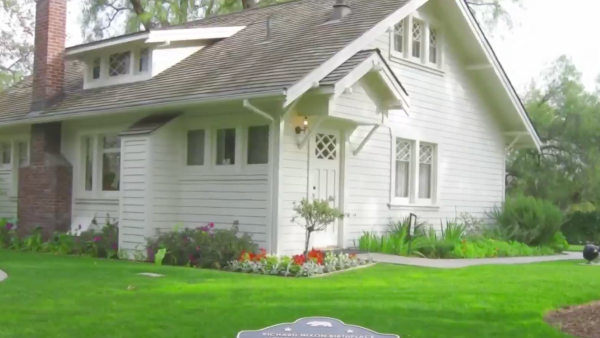 ‘Whites Only' Language Still Exists on Deeds in Orange County. Officials Are Working to Change That

A group of counterprotesters, with many holding American flags and banners supporting the reelection of President Donald Trump and sporting garb with the president's name, confronted Turner's smaller group and the conflict eventually became heated and led to fights.

Turner, who witnessed counterprotesters with firearms, called 911 for help and “got the runaround” and then appealed to deputies who were patrolling the growing crowd, Creary said.

“Sheriff's deputies on scene didn’t do anything and the crowd of Trump supporters grew,” he said. “It essentially was a hostile environment.”

Braun said the sheriff's department would look into those allegations.

“I can’t speak to the validity of those claims,” she said.

Eventually, deputies declared an unlawful assembly and told the groups, estimated at 250 people, to leave.

One video showed Turner getting in her small white sedan as its surrounded mainly by a group of people the sheriff's office has described as the “Trump supporters.” A voice can be heard saying, “Good luck getting out of here.”

Three seconds later, the car moved forward into the crowd, pushing several people, including someone holding a sign saying “Black Behavior Matters,” and a man wearing a Trump hat and a U.S. flag.

As the car paused for a second, the crowd moved in from the sides. Turner then accelerated and a man shattered her rear window. The car lurched upward at one point as it rolled over someone and then kept going.

The district attorney’s office will review the investigation to decide what, if any, charges should be brought.

Anthony Bryson, who helped Turner organized the march, said the charges she was booked on and the bail amount are ridiculous.

The group, which has expressed sympathy for those who were injured, postponed a news conference it planned to hold Monday to criticize the charges and point out the inconsistency with charges others faced who have driven into protesters in recent months.

On Thursday, a man driving a pickup truck who struck a woman protesting police brutality in Hollywood was not arrested as Los Angeles police investigate the hit-and-run.

Police said it appeared the driver was surrounded by a crowd of protesters who struck his vehicle with sticks and attempted to open the driver's door as he passed. He plowed into a woman protester as he fled and she was hospitalized.

Jody Armour, a criminal law professor at the University of Southern California, said the different approach taken by law enforcement in the two counties could suggest different treatment for two people who feared for their safety.

“What you have is bookend cases to compare when two alleged perpetrators can each claim some kind of self defense or duress as an excuse for what they did,” Armour said. “It does seems the officers are giving more deference to the claim of the pickup truck driver and less to her.”