An emotional procession took place late on Tuesday night for the two fallen officers as their bodies were transported from the hospital to the coroner's office.

Outside the El Monte police headquarters, a memorial tribute grew overnight as people dropped off flowers, candles and messages of support.

It was the tight-knit community's response to the deaths of two police officers killed early Tuesday evening, after they were struck in a motel shootout while responding to a report of a possible stabbing.

Each officer leaves behind a family with multiple children.

Santana had just joined the El Monte police force after serving with the San Bernardino County Sheriff's Department for three years, and had been out patrolling in El Monte for less than a year.

Santana is survived by his wife, daughter and twin boys, the city of El Monte said in a statement posted to Instagram and Facebook.

The other officer, Paredes, was a veteran of the department, dedicating 22 years of his life to law enforcement with the El Monte Police Department.

He is survived by his wife, daughter and son, the city of El Monte said.

Their deaths are a devastating loss for the El Monte community, as well as for the police department and the officers' families.

City officials say the two men had deep ties to many El Monte neighborhoods. One of them was of them raised in the city and attended local schools.

"These two men were loved," Lowry said at a Tuesday night news conference. "They were good men. They paid the ultimate sacrifice serving their community, trying to help somebody."

According to City officials and several law enforcement sources, the two officers responded to a report of a possible stabbing at the Siesta Inn motel on Garvey Avenue just before 5:00 p.m.

The officers "confronted the suspect" and a shootout erupted inside a motel room, Los Angeles County sheriff’s homicide Capt. Andrew Meyer said. The gunman fled the motel room into the parking lot where more gunfire was exchanged.

The two wounded officers were taken to LA County USC Medical Center where they died from their injuries.

The alleged gunman was shot and died at the scene. Next to his body, which remained in the street all night, investigators say they found a gun.

An emotional procession took place late on Tuesday night for the two fallen officers as their bodies were transported from the hospital to the coroner's office.

Behind the transport van, a group of family members could be seen walking together, heartbroken as they accompanied their loved ones to the coroner's office. 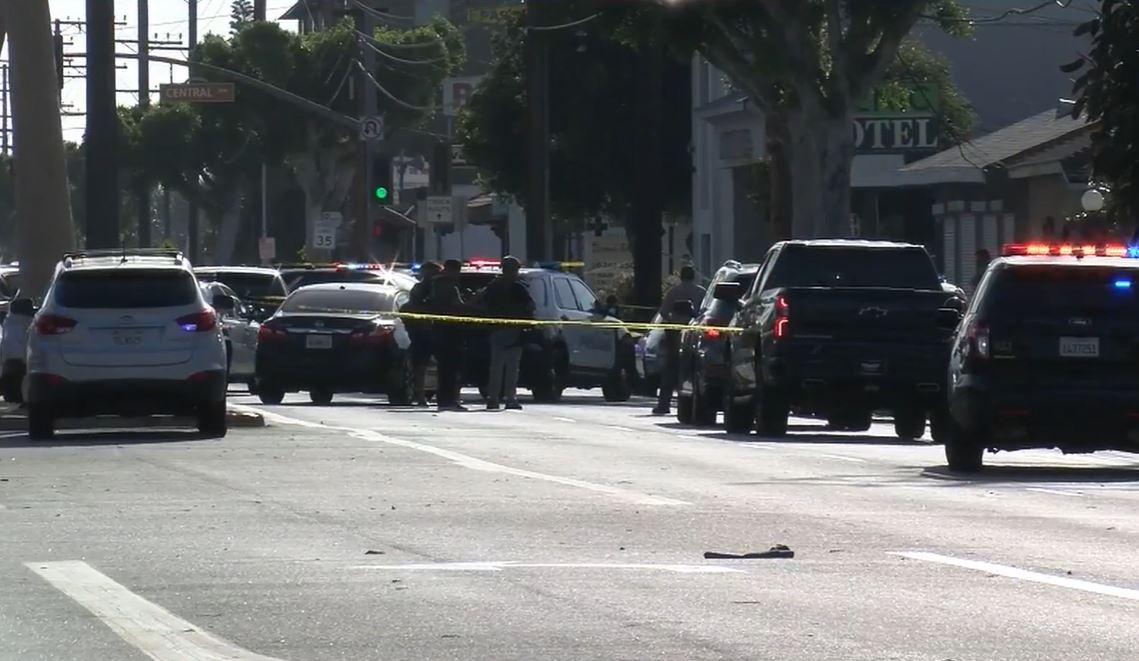 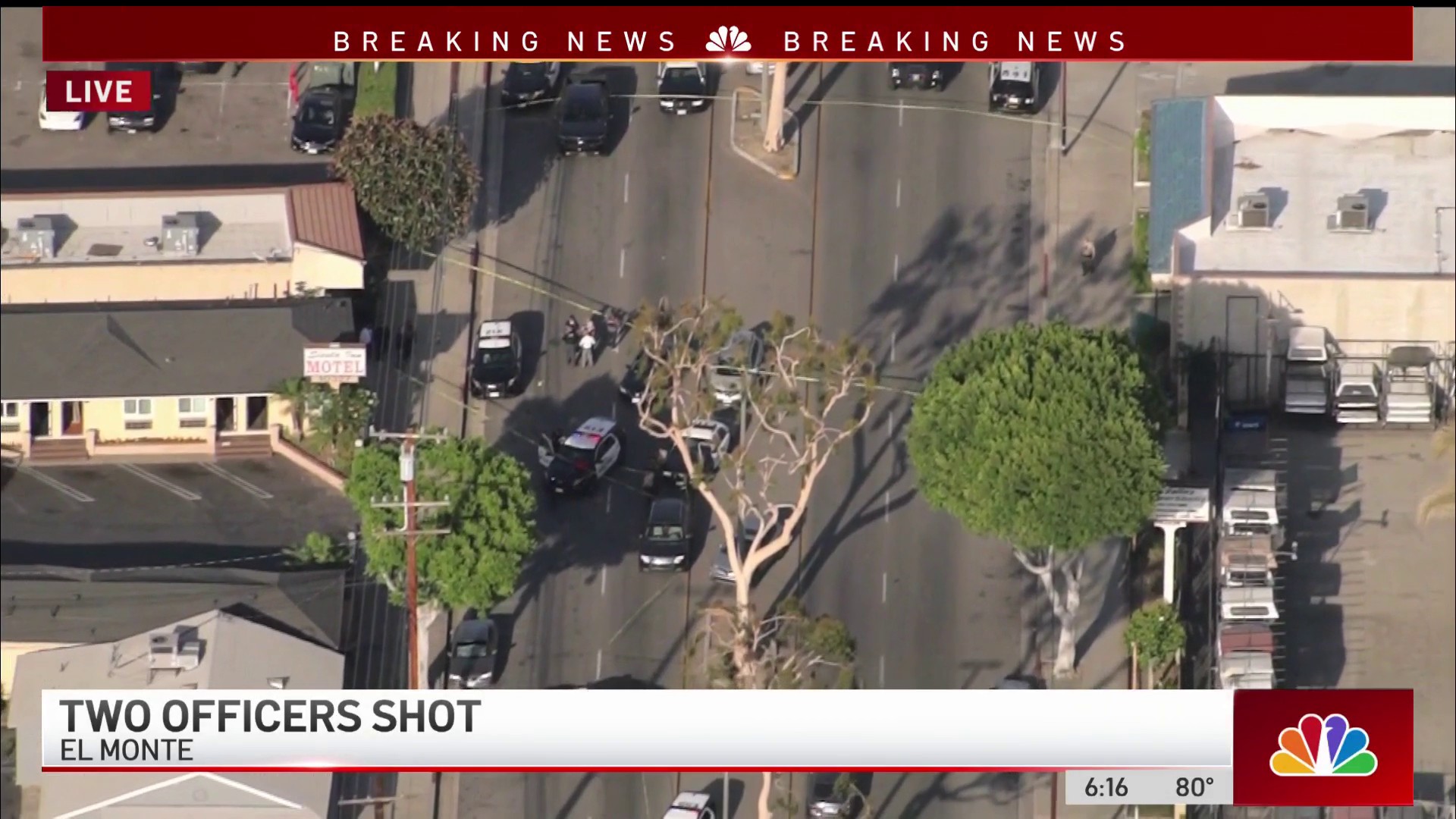 Officers from multiple agencies, firefighters, first responders and local residents came out in droves for the procession, paying their respects to the men who died serving their community.

NewsChopper4 also flew over the long procession of police cars and other emergency vehicles.