The academy aims to help local, underserved students, and give them a leg-up in science, technology, engineering and math.

The first Facebook Academy opened Monday, offering a pilot internship for East Palo Alto high school students to give them a hands-on technology lessons from the worlds' most popular social media company.

Debuting this internship comes at a time when Facebook is expanding its campus in Menlo Park, and is a concession to the city.

"I believe we are the first tech company at this stage of our growth to do something like this," Susan Gonzales, the head of Facebook's community engagement program, told NBC Bay Area. She said other companies offer internships, and often to students from less affluent neighborhoods, but only after companies have been established for many years. 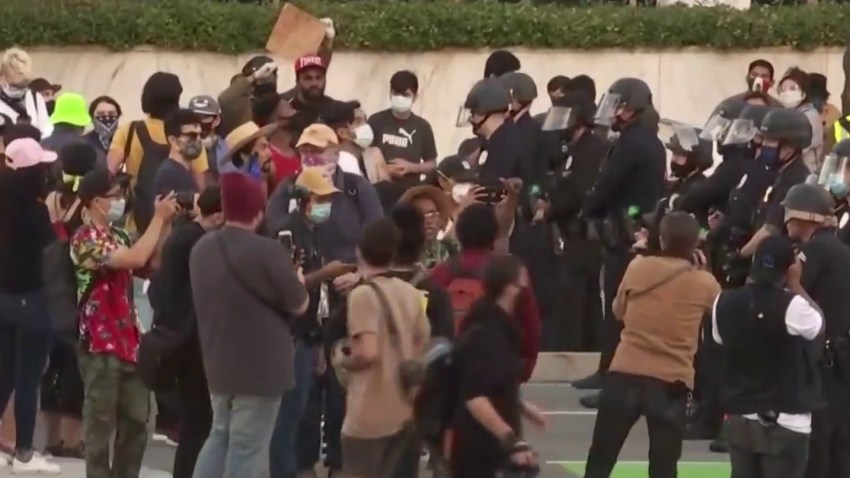 Gonzales added that the goal of the program is to expose the young people, especially from underserved areas in East Palo Alto and East Menlo Park, to the "top tech in their backyard."  The core of the focus is on the STEM studies of science, technology, engineering and math.

On Monday, students got a tour of the campus and a chance to meet with FB execs. They seemed thrilled.

"I'm really excited," said Tiana Backey, a senior at Sacred Heart Preparatory in Atherton. "This campus is beautiful. I think it's great...I think I'll get a lot of experience. I can't wait to work!"

The Facebook Academy partnered with the Foundation for College Education to develop the four-week program.  The FCE helped generate and screen applicants for the program and a committee of external leaders and Facebook team members selected the 10 finalists.

The interns will be picked up and dropped off each day at the Palo Alto library on a special Facebook shuttle bus. Each intern will be assigned a mentor from the Facebook engineering team, who will take the interns to lunch every day.

In May, the social media giant won permission from the city council to triple its 2,200-employee work force on the Peninsula in the coming years. Part of that vote allowing Facebook permission to employ 6,600 people on a 57-acre campus, was that the company agree to provide the city with $15 million in fees and public benefits in the next 15 years. One of those community benefits was to offer an internship program.